Aug 31, 2011 8:00 AM PHT
Facebook Twitter Copy URL
Copied
MANILA, Philippines – Two local gaming firms engaged in lottery operations joined the list of Forbes Asia magazine’s “Best Under A Billion” for 2011.
Listed firms Pacific Online Systems and Philweb Corp are the only Philippine companies in the list of 200 cream-of-the-crop companies all over Asia with market capitalization under $1 billion.
Pacific Online, which is led by businessman Willy Ocier, is the exclusive lotto system provider of the state-run lotto operator Philippine Charity Sweepstakes Office (PCSO) in Visayas and Mindanao. It is partly owned by Belle Corp., a high-end leisure developer and gaming firm controlled by the family of retail tycoon Henry Sy that will soon soon set up an almost $1 billion-worth casino and hotel complex at the Entertainment City integrated resort along Roxas Boulevard.
Philweb, on the other hand, is controlled by former Marcos trade minister Roberto V. Ongpin and is partly owned by telecommunications giant Philippine Long Distance Telephone Co.(PLDT).
Philweb provides online gambling services to internet-based casinos of Philippine Amusement and Gaming Corp (Pagcor) that offer popular card games like black 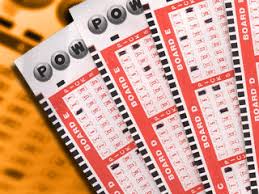 jack, poker baccarat as well as slot machines and roulette, among others.

While the Ongpin-led firm had been working on a mobile phone-based lotto betting system with the Philippine government, it has expanded its lotto operations in Cambodia, Laos, Guam, Palau, East Timor, among others.
Lottery business in the Philippines soared in 2010 when the PCSO launched the GrandLotto 6/55, a single matrix online lottery game that lured thousands of Filipinos to try their luck in the hope of becoming instant millionaires.
Estimated market values of Pacific Online and Philweb respectively stand at $91 million and $453 million, according to Forbes.
These are 42% and 5% more than their respective market values in 2010 when both were also part of the Forbes list.

From three to two

In 2010, Lopez Holdings was one of the three Philippine firms that joined 151 companies in the Forbes list, but the holding firm did not make the cut this year.

Fast facts about Pimentel: THIS IS WHERE THE SHORT DESCRIPTION GOES Read the story

Forbes screened over 15,000 companies with annual revenue between $5 million and $1 billion in the Asia Pacific region, then screened them for earnings and sales growth, and return on equity in the past 12 months and over 3 years.
“Essentially these are our picks of the companies that have best managed through the economic volatility that began in 2008,” said Forbes Asia editor Tim Ferguson.
Chinese and Hong Kong companies dominated the list this year with 65 entries, followed by India (35) and Taiwan (25). Vietnam made the biggest jump with 10 companies this year from only one in the previous.