Most Filipinos not ready for retirement – study 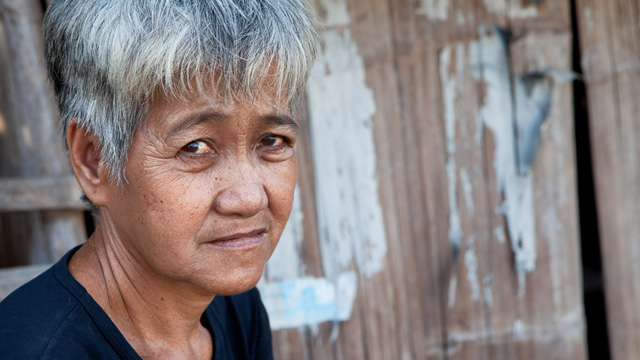 QUEZON, Philippines – About 9 in 10 or 90% of Filipino workers lie awake at night wondering how they can stretch their money when they retire, as they struggle today with little savings and almost no government support, a recent study conducted by The Global Aging Institute and Pru Life UK showed.

“Based on a 2015 study, majority of Filipino workers today are very anxious about exhausting their savings, being in poor health, and having no one to care for them or being a burden on their children when they retire,” Pru Life UK Chief Marketing Officer Belle Tiongco told reporters at an insurance seminar on September 24.

Tiongco cited a study entitled “From Challenge to Opportunity: Wave 2 of the East Asia Retirement Survey,” which covered 10 countries in Asia.

The retirement survey showed that the Philippines is second to Vietnam (95%) in terms of being anxious on retirement prospects.

Only 68% of Filipino workers expect to receive Social Security System or Pag-IBIG Fund benefits when they retire, while 8% expect to receive income from financial assets like insurance, stocks, and bonds, according to the survey.

Although many Filipino retirees do not have pensions and personal savings, almost all can count on extensive support from their extended families, the study showed.

But as the Philippines modernizes, retirement attitudes and expectations change.

Now, only one of 10 Filipino workers believe that the family should be mostly responsible for providing income to retired people, the survey revealed.

“More and more Filipinos now are seeing the importance of pensions and savings,” Tiongo said.

The retirement survey also showed that nearly three-fifths of Filipino retirees surveyed continue to work at least part time to supplement their income.

“Retirement here in our country isn’t what it looks like on TV commercials, where the elderly are just strolling on the beach. Workers no longer clock out at 60 and spend their final years running down their pension savings in modest obscurity,” Tiongco said.

Around 82% of the Filipino respondents, meanwhile, believe that the government should require workers to save more for retirement.

Yet a third of today’s workers still expect to receive no government retirement benefits of any kind, the survey showed.

As for asset income, today’s workers are not much more market-oriented than the retirees.

A mere 8% of the Filipinos polled expect to receive income from insurance or annuity products or stocks, bonds or mutual funds in retirement.

Meanwhile, compared to today’s retirees,  far less of today’s workers expect to depend financially on their grown children, which explains why far more expect to continue to work in retirement.

Filipinos tend to be optimistic about the future of their nation, with 55% believing that “each new generation of workers will have a higher living standard than the previous one,” according to the survey.

They also agreed that each new generation of retirees will have a more secure future.

“Although this optimism may be understandable in a demographically youthful nation that is beginning to take off economically, it could become an obstacle to needed reforms,” the survey read.

“Filipinos are right to be anxious about their retirement prospects, and without significant reforms the reason for concern will grow. But their high level of support for a savings mandate, together with their positive attitudes, give reason to hope that the low level of retirement preparedness in the Philippines may over time improve,” the survey said. – Rappler.com