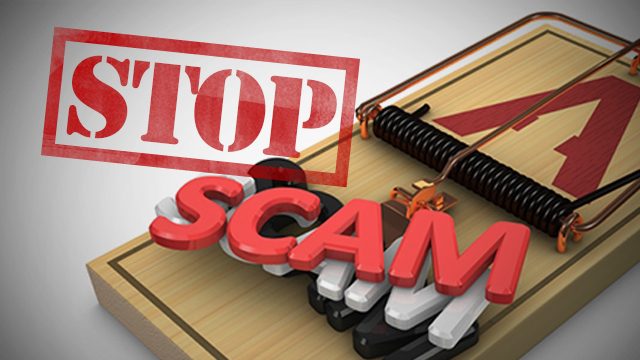 Facebook Twitter Copy URL
Copied
'Considering the gravity of the offense and the imposable penalty provided under Section 73 of the Securities Regulation Code, there is a real danger that the respondents may flee the country to avoid criminal liability,' the SEC says

MANILA, Philippines – The Securities and Exchange Commission (SEC) has asked the Department of Justice (CDO) to issue a Lookout Bulletin Order (LBO) against suspects involved in the global Emgoldex scam.

The request, made on November 9, 2015, identified the suspects as:

The suspects are accused of violating Sections 8.1 and 28 of the Securities Regulation Code for selling or offering for sale or distribution unregistered securities to the public and without a license, respectively, SEC said in a press statement on Thursday, November 12.

It said that most of the suspects named in the request to the DOJ were  incorporators of Prosperous Infinite Philippines Holdings Corporation (PIPHC). PIPHC was registered in August 2015 to aid and assist Global InterGold (GIG) investors who were unable to obtain a return on their investments, SEC said.

The SEC maintains that both EmGoldex and GIG are not SEC-registered corporations.

The DOJ issues an LBO for close monitoring of those facing criminal charges. It is implemented by the Bureau of Immigration which, in turn, issues an Alert Bulletin for further monitoring of suspects should they pass through the country’s international airports and seaports.

“Considering the gravity of the offense and the imposable penalty provided under Section 73 of the SRC, there is a real danger that the respondents may flee the country to avoid criminal liability,” the SEC said in a press statement.

“Crimes committed in cyberspace and through the use of Information and Communication Technologies (ICT) also carry a higher penalty as provided under the Cybercrime Prevention Act of 2012,” the SEC added.

The SEC had earlier issued  a cease and desist order (CDO) against EmGoldex, an apparent Dubai-based firm that recruits investors to buy gold online with the promise of hefty bonuses for referring friends and acquaintances.