This video game pits you against Philippine monsters 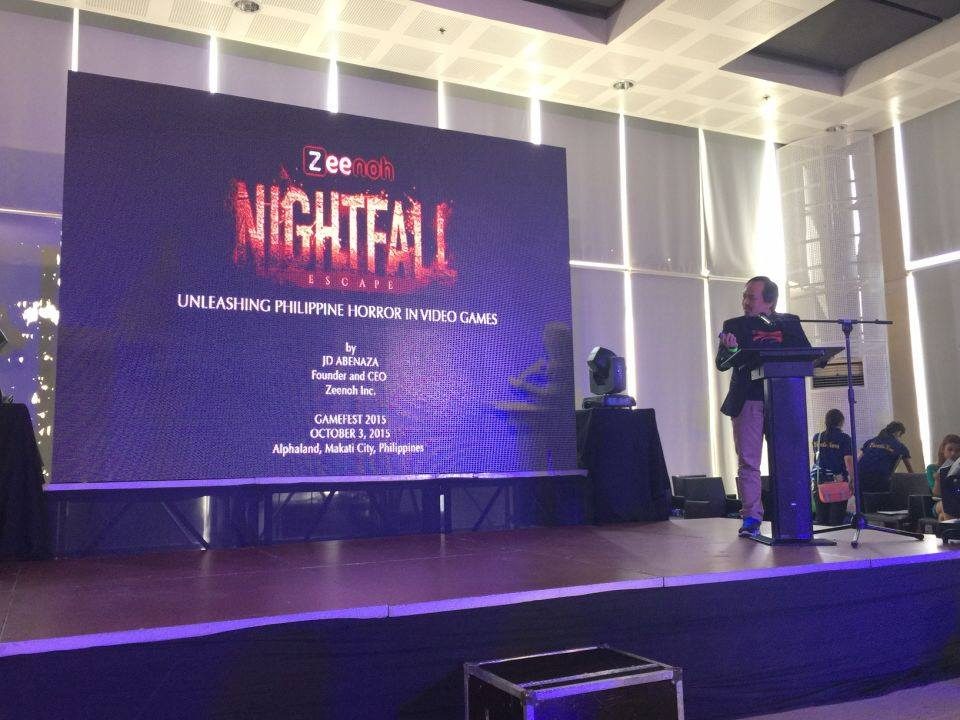 Much of Filipino news that reaches foreign shores, as of the moment, shoulders two extremes: the pop culture phenomenon #Aldub and the “laglag-bala” hitting our airports. JD Abenaza, the founder and CEO of game development studio, Zeenoh, wants to share something much more timeless to people around the world: our mythology.

Set in an abandoned mansion in an obscure town in northern Philippines, Nightfall places the gamer in the shoes of Ara Cruz, a female journalist.

The player is tasked with solving the mystery behind the disappearance of the family who lived at the mansion. What stands in your way are popular monsters from Filipino culture. You must overcome them and find clues in order to discover what really happened.

Abenaza said that it has always been his childhood dream to showcase Filipino culture, especially our folklore, via the medium of video games.

He draws on a wide body of inspirations, including everything from his affinity with the horror genre to his family’s alleged history of paranormal encounters with some of the creatures depicted in the game. Nightfall is available on Steam Greenlight, a platform where players can vote games up to Steam, the leading online marketplace for video games that was developed by Valve Corporation.

Abenaza had to overcome what he called a “crappy demo” to successfully make it to this point, going through several refinements of Nightfall.

As Steam Greenlight has an active community of gamers vetting through titles and voting on their favorites, Nightfall will be exposed to people around the world. He believes that video games are a fruitful avenue in getting these people interested in Filipino culture.

“In a way, these games do not only entertain but may serve as an educational tool in introducing our Filipino culture,” said Abenaza, who thinks they can help our culture be more prominent on the global stage.

In fact, in Abenaza’s view, the story steeped in Filipino mythology can be as much of an attraction to international gamers as the gameplay itself.

“People from other nations, especially those who are not familiar with our country, will get curious and will take interest in playing these games as it is new to them,” he said. Since their target demographic are horror fans, Abenaza believes they will be particularly taken by the aswang, the shape shifter from Filipino culture.

While the team is actively promoting Nightfall through the usual channels – social media, the tech press – the goal is not just to get them to try out the game.

Abenaza and the Zeenoh team are actively soliciting player feedback, as they work on further improving and refining the game. In turn, Zeenoh gives them updates on Nightfall’s progress, which Abenaza said works to build trust and confidence among early players.

Putting Philippine gaming on the map

For the video game industry in the Philippines to be successful, Abenaza argues that developers need to look outward, instead of inward.

In other words, they need to start viewing how their games can act as ambassadors – not just of great, original gameplay – but of our culture as a whole. (READ: Filipinos in video games: A short list)

“I believe that we need to align our games to the global market by making sure it is unique and will represent our country,” he said, adding that Zeenoh will continue to champion the need to promote pre-colonial Filipino culture in the industry.

Abenaza’s vision for Nightfall is to develop an expansion of the Nightfall story that will showcase the richness of the Filipino culture, pulling from across Luzon, Visayas, and Mindanao. He also wants the game “to serve as an educational platform for future Filipino generations and as a tool to help them easily promote our culture to anyone in the world.”

What is perhaps most interesting is that Abenaza wants to develop a mythology around a game focused on mythology through other forms of art.

He eventually wants to develop Nightfall through a universe of comics, movies, music, and cosplays.– Rappler.com