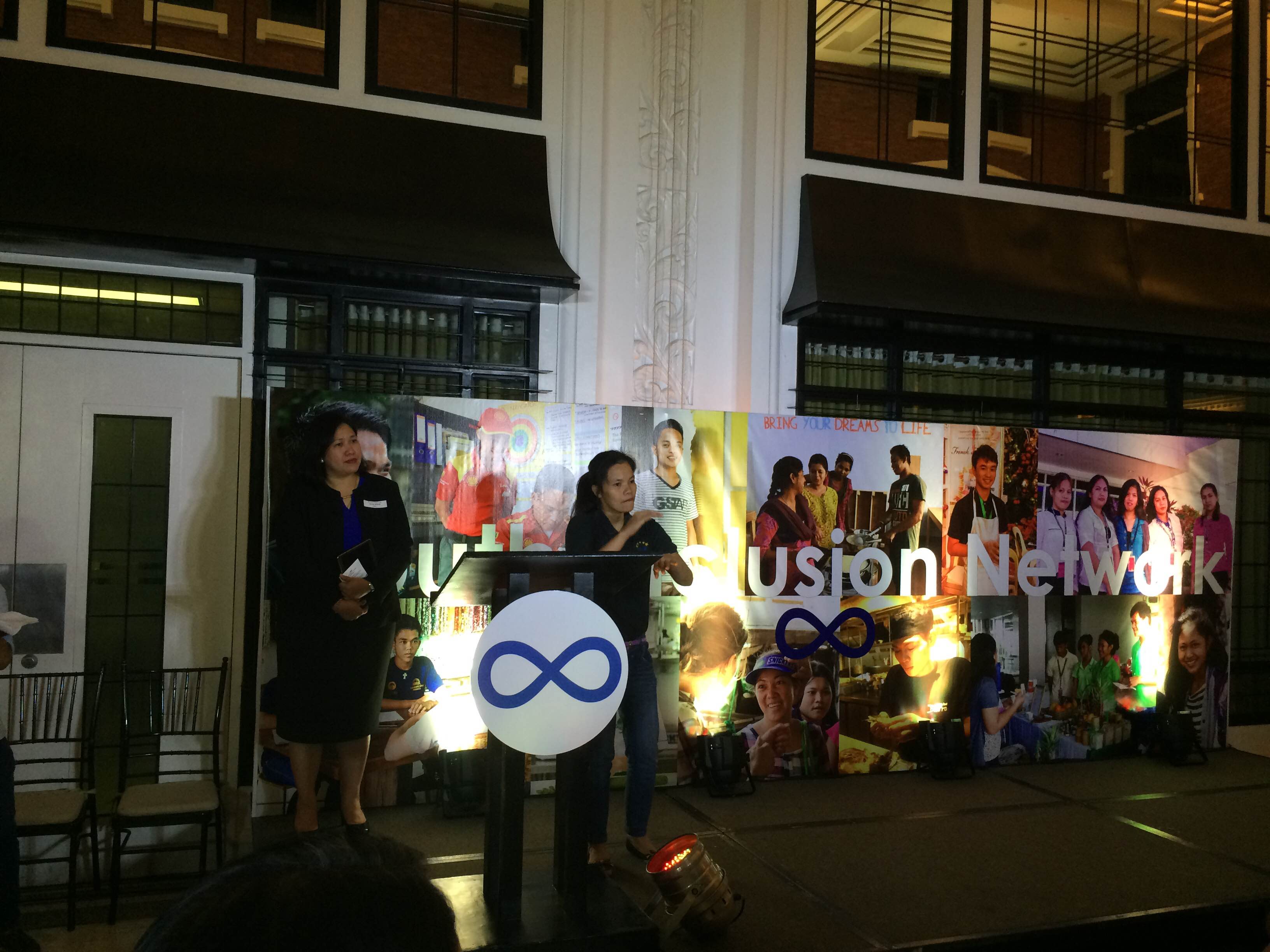 Exclusivity is a feature of many developing nations – exclusive high-end resorts and gated communities are a common sight from Mumbai to Manila.

This exclusivity also spills over into the business community often dominated by a handful of firms, and gives rise to a number of business clubs designed for networking.

That isn’t to say that is necessarily a bad thing. Often, these business clubs serve as venues for discussions on best practices, where issues affecting all players are laid bare. As a result, industries become more closely aligned and can be run more efficiently, which is always good for the economy.

The brainchild of international NGO Life Project for Youth or LP4Y, the new network was conceived as a way for businesses and organizations to come together to directly address the country’s problem of inclusive growth.

LP4Y runs 15 training centers all over Metro Manila.  Excluded youths are trained on business and professional skills  under its Professional Training for Entrepreneurs program. It also partners with different businesses and educational institutions that wish to help. 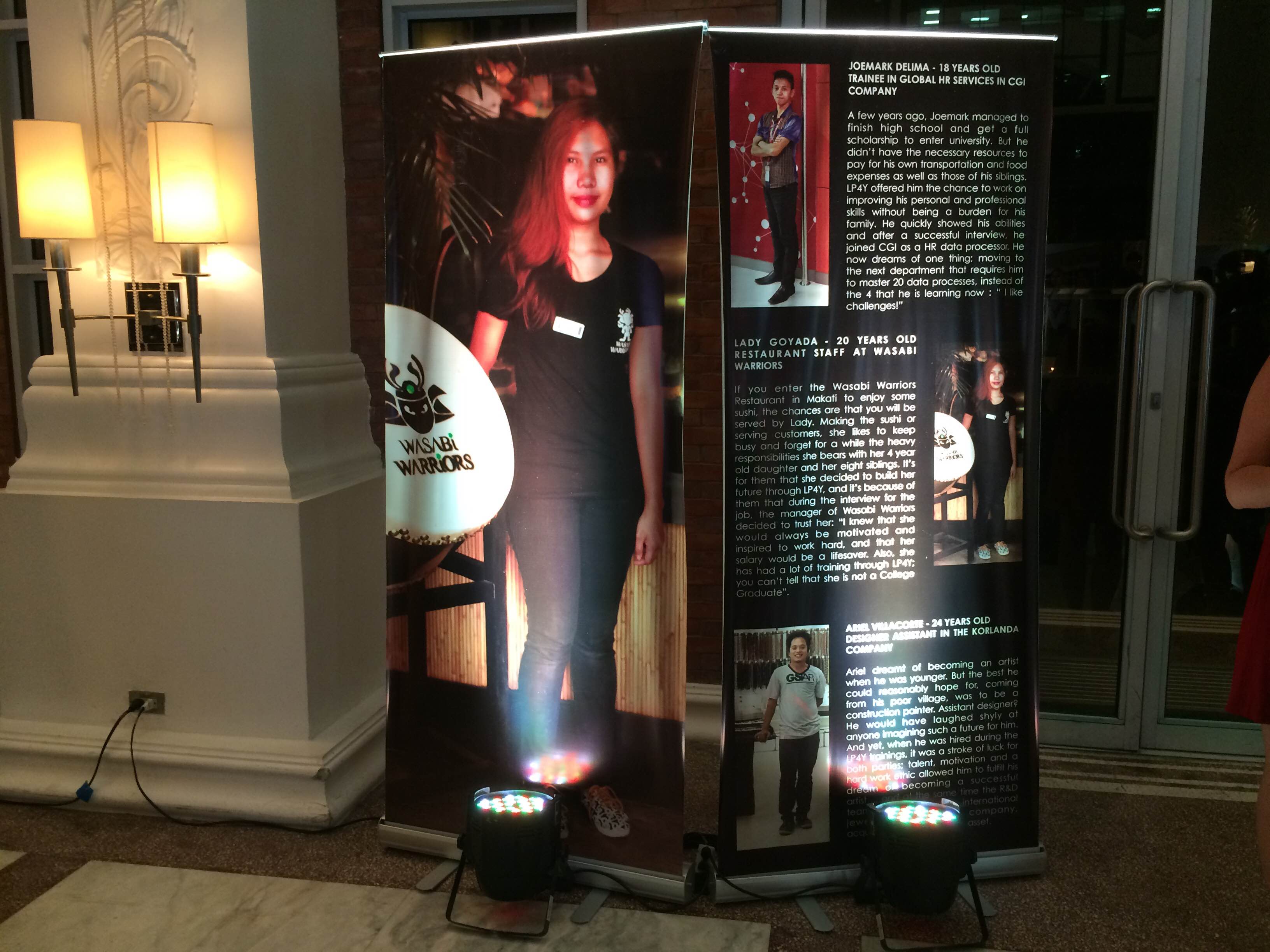 One example is Enderun, LP4Y’s partner for two years. Twice a year, Enderun students of business administration, hotel and restaurant management, and culinary arts visit LP4Y centers to train the youth there as part of a 6-week National Service Training Program (NSTP).

At the end of the program, Enderun gives certificates to the participating youths at LP4Y centers.

“We are lucky because we work with them in the slums so we can earn their trust and give them room to grow. They come to LP4Y and they are motivated and often, they start from scratch with no English and not much foundational knowledge,” said LP4Y’s Philippines coordinator, Julien Vidal.

While LP4Y tries to help youths directly by organizing their training centers in depressed areas, it sees the network as a means of creating a much larger platform for these efforts.

In a nutshell, the network uses the same model as existing business networks such as the Rotary Club, except that it focuses the networking and discussions on how to best help excluded youths and push social businesses.

These efforts can include employing them directly, and providing them with free training and and support through funding-related programs.

“The idea is to have a lunch or dinner every few months and act like a think-tank, and then a big night annually that brings all the network’s members together,” Vidal said. “They can meet for lunches or dinners, be merry, share a laugh, but at the same time, they will be sharing important values.” 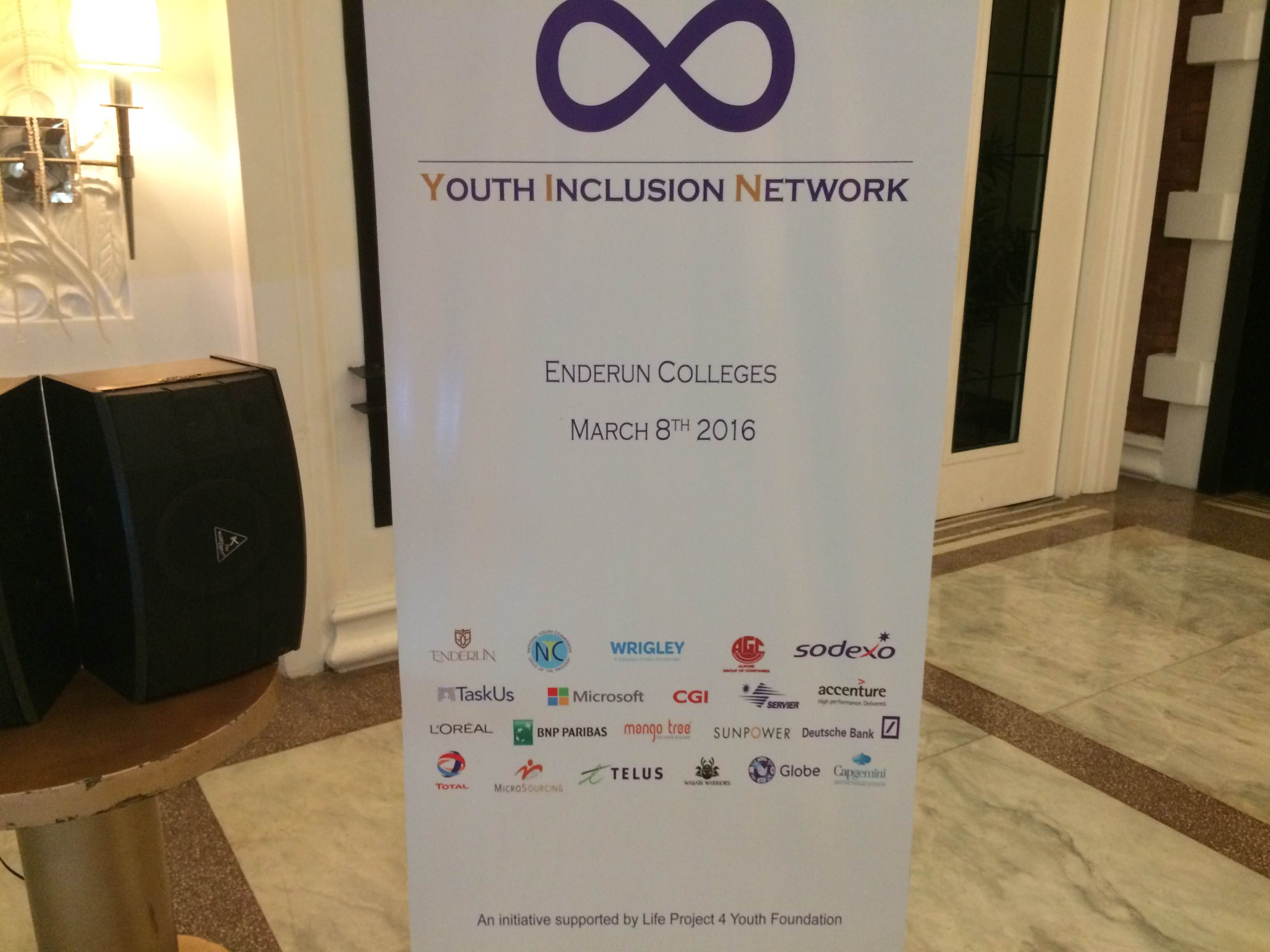 LP4Y kickstarted the network by bringing together their existing partners, whom they have been working with for several years, to form the initial group.

“Basically, we told our partners that we are going to open up our entire contact list to you as a reward for helping us and the youth, and asked them to take advantage of it and let it snowball from there,” Vidal said.

Despite getting the network off the ground, LP4Y said that ultimately, it will be the member-businesses that will be responsible for sustaining it.

Vidal pointed out that creating this kind of a network is better than creating a small foundation because of its potential to scale up quickly.

Another benefit is that the majority of the network’s members are international which should facilitate cross border expansion.

Vidal said the participation of big firms like Deutsche Bank and Microsoft encourages other firms to join the effort, as it sends the message that the idea of youth inclusion works.

Another factor in its favor is that the network not only employs hardworking and dedicated staff from LP4Y’s training centers, but also serves the bottom line.

One of the network’s members, Global food services conglomerate Sodexo, pointed out that an internal study showed that organizations that participate in social activities saw performance increases of 13%.

Another study, entitled “Doing well by Doing Good” released by Global information company Nielsen in 2014, showed that consumers across the world are more likely to patronize and pay extra for firms engaged in positive social impact.

Vidal pointed out the value in creating a community from a business standpoint was one of the key considerations in starting the network sharing. “As a firm you want to increase your network and develop relationships with other firms,” he said.

“We want the firms to not only benefit from it but also to be an example to other firms because if they are happy with the network, they will go on and talk about it to their own networks and maybe convince them to join,” he added. 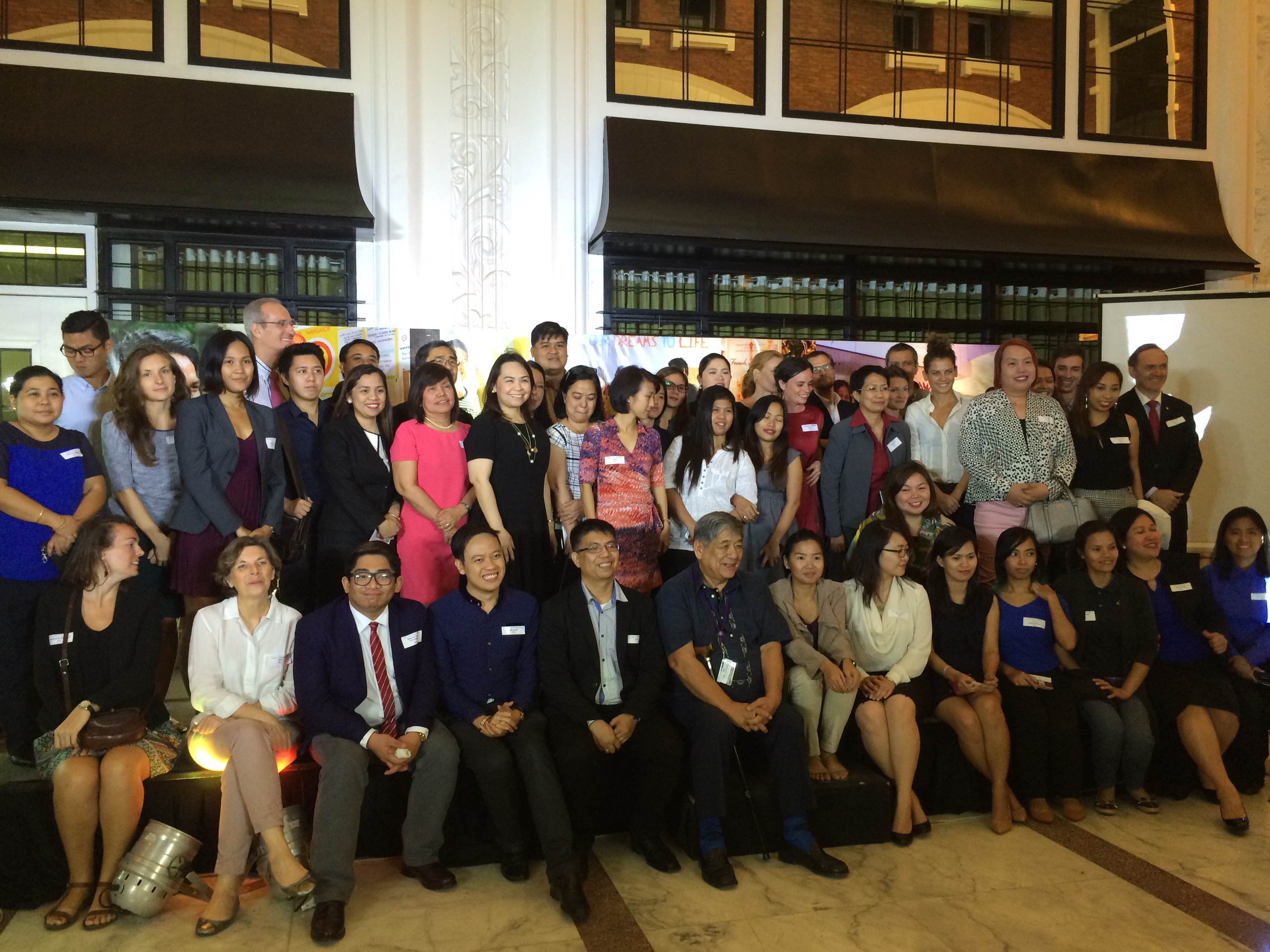 Since it started in 2009, LP4Y Philippines estimates that 460 young adults followed or have been following its program in its training centers in Tondo, Quezon City, Cebu, and Illigan City.

Out of that number, about 100 have moved on to become full entrepreneurs while another 100 have found decent jobs.

Vidal said LP4Y’s final goal is not just for its trainees to find a job, but for them to be  “autonomous” in the job market.

Being autonomous means that they can prepare their resumés, prepare for and pass interviews and create their own networks. As such, they will no longer need outside help from

Being autonomous on the market means that they can prepare their resumes, prepare for and pass interviews and create their own networks and as such will no longer need outside help from LP4Y or any other NGOs, Vidal said.

That way, they can find their own jobs and grow their careers just like every other professional, he added.

“Most educated people will change jobs many times in their lives but for excluded youth who lack formal credentials, we might be able to find them a job but then may find it difficult for them to find another one. They will be stuck,” he explained.

Much has been said of the country’s vast advantage in terms of demographics. The Philippines’ educated youth seems set to push the country onto the next rung of development.

With the new Youth Inclusion Network, businesses may have found another stream of talent from an unlikely source to drive help drive them, and the country, forward. It will help ensure that in the process, no one gets left behind. – Rappler.com