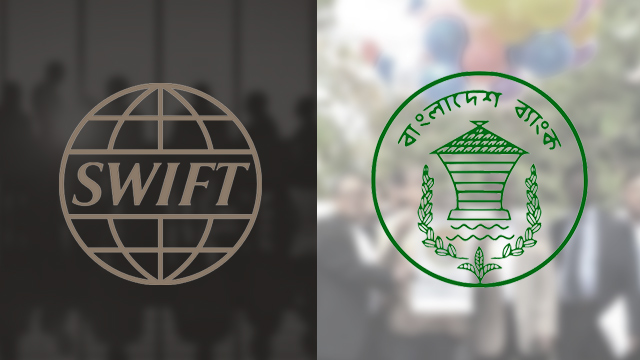 MANILA, Philippines – On February 4, a code from the Society for Worldwide Interbank Financial Telecommunication (SWIFT) was sent to the Rizal Commercial Banking Corporation (RCBC), ordering an inward remittance of $81 million to the Philippines from the account of Bangladesh Bank in downtown Manhattan.

Later on, it was found out that unknown hackers breached the computer systems of Bangladesh Bank, attempting to steal a total of $951 million from its account at the Federal Reserve Bank of New York. (READ: TIMELINE: Tracing the $81-million stolen fund from Bangladesh Bank)

Most of the attempted transfers were blocked by the New York bank, but $81 million was transferred to 5 fake RCBC accounts in the Philippines, using the SWIFT system. (READ: Network: Who’s who in the RCBC money-laundering scam)

Behind most international money transfers is the SWIFT system — a messaging network used by banks and other financial institutions to securely and quickly send money transfer instructions.

Brussels-based SWIFT, a cooperative owned by some 3,000 global financial institutions, does not transfer funds, but sends payment instructions between institutions’ accounts, using codes.

SWIFT assigns each financial organization a unique code that has either 8 or 11 characters.

What was sent to the Philippines is code MT103, according to Senator Teofisto Guingona III. (READ: 6 things we know about RCBC money-laundering scam)

This order specifies the account or branch of the sender or another financial institution through which the sender will reimburse the receiver.

What is its due diligence?

But before processing an order from institutions, SWIFT does financial crime compliance.

SWIFT provides reporting and utilities like Know Your Customer, Sanctions, and Anti-Money Laundering.

According to its website, every order should come from the SWIFT system of the member bank. As compliance, SWIFT will call the member bank to confirm the payment instruction.

“We’ve worked with the world’s largest correspondent banks to define a standard set of KYC data and documents to cover the requirements of different jurisdictions. We validate the data and send alerts when something changes or needs updating,” SWIFT said in its website.

On the Bangladesh Bank fund heist, SWIFT said in a statement early March that it is suspected that hackers accessed the SWIFT system in Bangladesh Bank to transfer funds from the account with the Federal Reserve Bank of New York.

Once the instruction is loaded into the SWIFT system, it is passed on to the another institution.

Once the order has been transmitted, the funds are either transferred from correspondent banks or through the institution’s own accounts if the sender has accounts with the receiver.

In the case of the $81-million stolen money from Bangladesh Bank, the funds were first transferred to correspondent banks, as Bangladesh Bank does not have an account at RCBC.

Before any dollar remittance enters the Philippines, it has to pass through US correspondent banks. In this case, these were Wells Fargo Mellon Bank, Citibank, and Bank of New York. (READ: RCBC money laundering scam mirrors sins of the past)

From the 3 correspondent banks, the $81 million did not enter directly to the branch of RCBC in Jupiter Street, Makati City, as this is not allowed.

It has to pass through its Settlement Division, which is part of RCBC’s head office.

From there, it was credited to RCBC’s branch in Jupiter, Makati on February 6.

On February 9, RCBC received a SWIFT code from Bangladesh Bank requesting for a refund or putting the $81-million stolen funds on hold or freeze them for proper investigation.

During the Senate probe, PhilRem President Salud Bautista confirmed that her company went back to RCBC Treasury to convert a total of $61 million “in different days.”

This shows that the $81-million stolen money from Bangladesh Bank entered RCBC more than once, but the bank did not put it on hold.