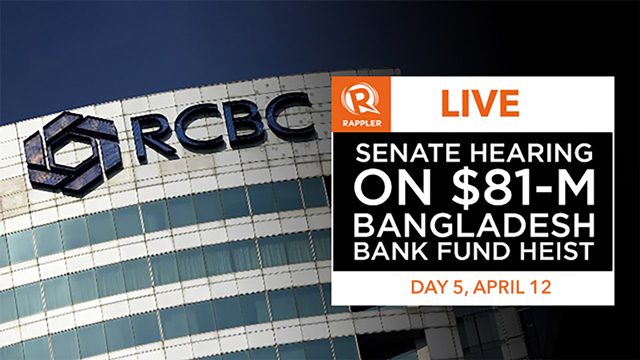 MANILA, Philippines – The Philippine Senate held its 5th hearing on the Bangladesh Bank fund heist Tuesday, April 12, at 10:30 am.

Hackers stole $81 million from the Bangladesk Bank’s Federal Reserve account in New York, and about $63 million went to Solaire and Midas casinos in the Philippines.

Casino operator Kim Wong told the Senate that fellow operators Ding Zhize and Gao Shuhua brought the laundered money into Philippine casinos. Wong admitted that his company, Eastern Hawaii Leisure, received P1 billion but that he didn’t know it was part of the cyber theft.

Wong – who returned $4.63 million and P38.28 million to the Anti-Money Laundering Council (AMLC) – said that the $17 million unaccounted funds are still with PhilRem.

The PhilRem president denied this.