How drones can be a force for progress

MANILA, Philippines – Drones can evoke images of death and destruction. Some people associate them with the predator variety, the kind used by the US military to target terrorists.

Others may think of them as the tools used to create stunning panorama videos.

Five-year-old startup Skyeye Incorporated, however, wants to add another description to popular perception. They want people to see drones as a force for genuine economic change.

A motley crew of environmental scientists, sociologists, and engineers, Skyeye builds and operates its own unmanned aerial vehicles (UAVs) or drones to do aerial surveys and create highly detailed maps of the country’s lands.

“Basically we want to accelerate the process of land titling in the Philippines through the use of drones,” Skyeye CTO Edgar Illaga told Rappler.

The problem, as the firm sees it, is that vast tracts of land remain improperly surveyed.

The Asia Foundation estimates that as much as half of the country’s land remains unmapped and hence, untitled. The lack of proper land titles results in legal complications.

“You need titles for everything. Without a title, farmers’ financial options are limited, farmers end up with loan sharks,” Illaga said.

The lack of dependable land titles also slows down the process of land reform. The government itself has said that better land management is urgently needed.

It also gives rise to land disputes, such as the dramatic one involving the Masungi Georeserve late last year.

One of the reasons that tracts of land remain untitled is because of the sheer amount of time it takes to properly survey them.

“[Often] it’s a guy walking around the place surveying manually,” Illaga said. “The average time it takes to survey 100 square kilometers is about a year. Using drones, we can reduce that to two or 3 months, mapping data and all.”

Skyeye believes the use of drones can give its clients up to 75% in savings – bulk of which is salaries for surveyors. It also offers end-to-end services, from building the drones to gathering and finally processing the data.

Illaga also noted that using drones would be safer for clients, as a lot of untitled lands happen to be in high-risk areas.

The firm, in fact, has been exposed to risks firsthand, as members of their team were kidnapped by the New People’s Army (NPA) in Compostela Valley while they were surveying for the Department of Environment and Natural Resources (DENR) in 2014. They were eventually freed unharmed.

Despite the high-tech equipment, Skyeye operates a lean ground team to ensure absolute accuracy and comply with flight safety standards of the Civil Aviation Authority of the Philippines (CAAP).

This team usually consists of a drone pilot, a ground operator, and a spotter. The firm also usually doubles up as most can perform multiple roles to keep operational costs down.

Most of the time, the drone pilot is just there for safety because the drones normally fly on autopilot just like modern jet aircraft.

Everything keeps costs low, Illaga said, adding that buying a whole system from abroad, including the high-tech cameras, would cost about P1.1 million without tax.

The drones come in varying ranges and sizes, designed around the specific equipment they would carry.

“After all, the value isn’t in the drone but the data it generates,” Illaga said.

The scientists also won a fellowship from startup incubator Impact Hub and logistics giant LBC earlier this year. The award comes with a grant of P750,000 as well as periodic mentoring and access to both organizations’ vast networks.

The fellowship gave Skyeye the resources needed to expand its scope and double its team, Illaga shared.

“For us, having an impact, especially in the field of mobility, was the main criteria for deciding on the winner and that’s what made it interesting for us to work with them,” said Impact Hub Manila co-founder LizAn Kuster.

She added that Skyeye has massive potential to guide the public sector on building better roads as well as set them on the path towards better land management. 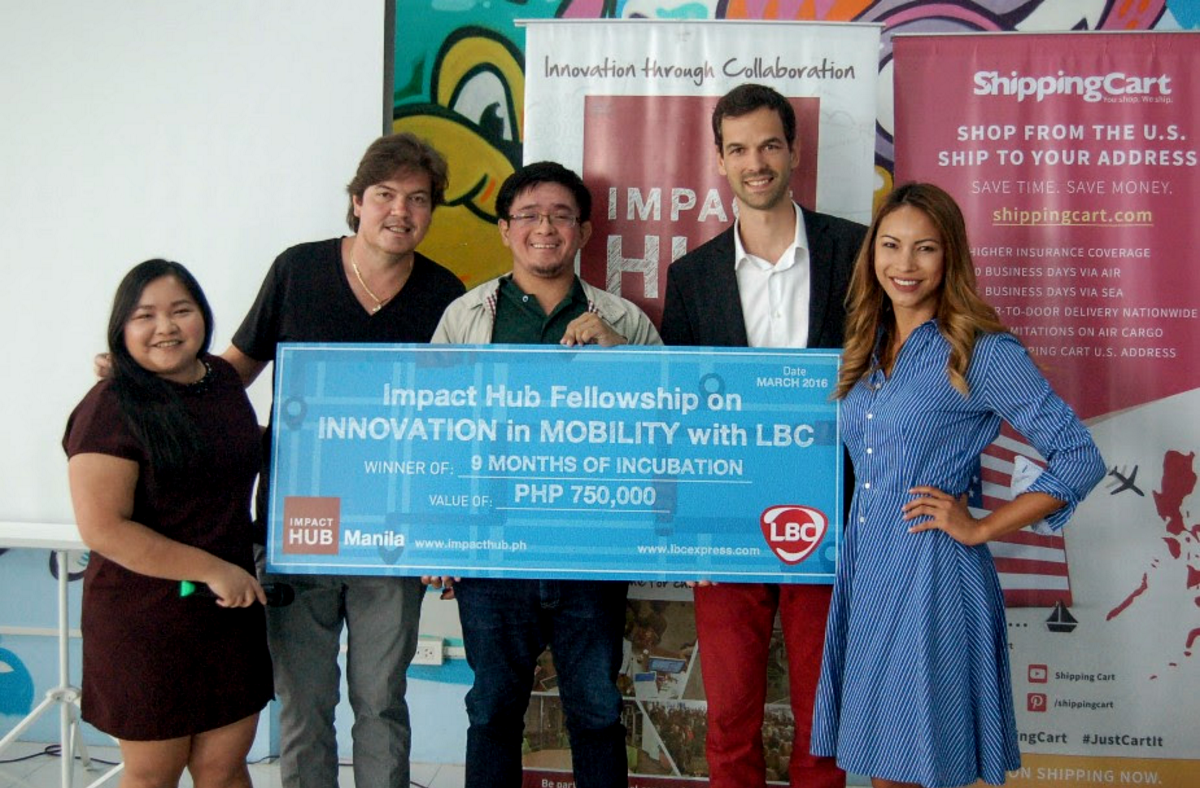 The firm has a healthy mix of clients ranging from NGOs and the government to property developers needing detailed studies on land for new subdivisions.

“We’re science-based. The simple fact that we have to do science in the Philippines automatically makes it social,” said founder Matthew Cua.

“We’re doing social good not because we’re social per se but because the problems that we are trying to solve will necessarily have social impact.”

The firm actually started from Cua’s thesis project on climate change. He hit upon the idea of using drones to map out how much of the coastline was being eroded.

That also hints at how a bunch of scientists came to find themselves suddenly becoming drone builders and pilots.

“I was doing environmental chemistry and needed to figure out where to get my samples. To know where your samples are, you need maps, and I found there were no maps,” Cua said.

Illaga added that besides the environmental risk maps, members of the team are also studying how to use drones to do precision agriculture work and how to integrate drone surveys into the legislative process.

“At the end of the day, drones are just tools. It’s really about what you can do with those tools.” – Rappler.com