How Duterte’s China trip could help the economy 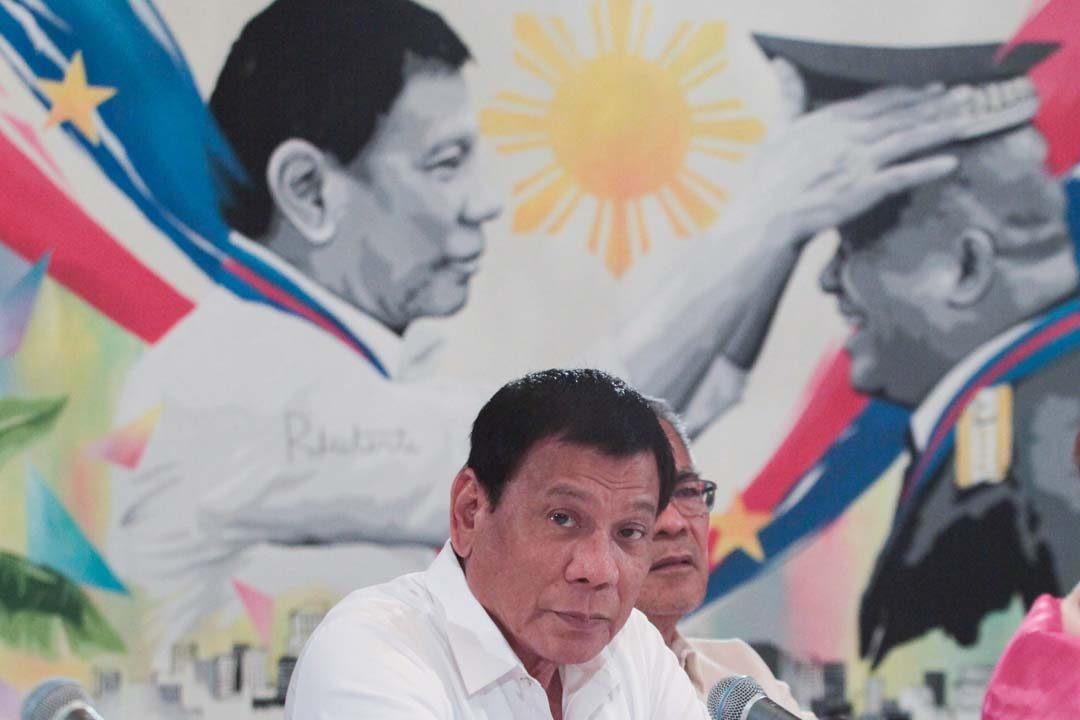 MANILA, Philippines – After months of promising stronger economic ties with China, President Rodrigo Duterte takes the first steps towards that goal on Tuesday, October 18, with his first official state visit to China.

The trip has been pitched as mainly an economic one, which makes sense given that China is the country’s second largest trading partner. (READ: Duterte faces Asia’s Goliath: What PH stands to gain or lose in China)

That trade however is heavily tilted towards imports, which at a total of $11.471 billion was almost twice the amount of exports receipts ($6.175 billion) garnered by the Philippines.

Since much of the focus is on infrastructure investments, that trade deficit is expected to continue.

“Chinese investments in infrastructure can make the biggest impact on the Philippines. We can also take advantage of the overcapacity that they have in construction equipment that is a result of their hard landing in real estate,” said University of Asia and the Pacific (UA&P) senior vice president and CRC research director Bernardo Villegas.

“Assuming a major infrastructure investment of the Chinese, we will import a lot of equipment from them thus leading to a trade deficit on our part,” he added.

“[The Philippines] can also export high-value food products like dried mangoes, coffee, chocolate to China. We are now also the largest exporter of bananas to China,” said Villegas.

Despite the prospect of an increased trade deficit, increased investment would be very welcome particularly since the new administration has prioritized infrastructure spending.

Besides infrastructure, “Chinese investments can make a great impact in transportation, energy and other utilities, as well as capital intensive industries such as machinery,” said Cid Terosa, dean of the UA&P School of Economics.

President Duterte earlier announced that China had made an offer to build a railway between Manila and Clark, Pampanga in two years.

The Asian giant has made a policy of using infrastructure as a diplomatic tool, having built numerous large-scale projects in developing nations notably in Africa to which Chinese President Xi Jinping pledged $60 billion in development projects late last year.

Closer to home, China recently launched the Asian Infrastructure Investment Bank (AIIB) to serve as the centerpiece of its economic diplomacy in the region. The government has already stated its intention to formally join the bank by the end of 2016.

China has also become a leading player in renewable energy such as solar energy, and is now the world’s leading installer of solar energy and producer of photovoltaic panels.

Finally, the trip looks set to open up opportunities in the tourism sector which is timely as China is the country’s fastest growing in-bound market. (READ: China to lift travel warning vs PH during Duterte trip)

China’s huge market is also an attractive one for Philippine firms, especially as it is currently rebalancing its economy to focus more on its domestic market.

“China is a very rich consumer market with some 500 million people in the middle class. Like Oishi, many of our consumer-oriented industries can try to sell to the Chinese,” said Villegas.

He’s referring to Oishi of Liwayway Manufacturing, which he pointed out has the largest share of the snack food market in China.

Jollibee is another local firm that has made significant inroads into China, having acquired popular Chinese fast food operator Yonghe King, which has over 320 branches in mainland China.

Earlier this year, Jollibee Food Corporation (JFC) bought out its partner in the food commissary that services Yonghe King. The firm also announced that it is keen on expanding its presence in China, targeting to open 20-40 stores by year-end.

SMIC has been moving into China for a while now. It opened 6 malls in 2nd- and 3rd-tier Chinese cities with a 7th scheduled to rise in Tianjin by the end of 2016.

All this will happen if the promised agreements to be signed move beyond rituals. (READ: At a glance: Duterte’s state visit to China)

“Just like in most of these ‘trade missions,’ what are usually signed are investment pledges, with no actuaI foreign direct investment (FDI) coming in just yet. If you track investment pledges into the Philippines, you’d believe that we were rolling in the dough with regard to attracting money over Philippine shores,” said an economist at one of the country’s largest banks.

“FDI, however, is another matter altogether and I’ll be cautious until I see an actual bump up in these types of flows,” he added.

The economist, who wished to remain anonymous, also raised the point that it might be a better option to raise funds for public investment locally in order to take advantage of the current low rates.

“Why borrow from abroad when borrowing costs in the Philippines are one of the lowest in the developing world…  It makes sense to keep the debt onshore,” he explained.

The wariness comes amid concerns in some quarters that the trip is more political in nature with the shadow of a maritime dispute between China and the Philippines hanging over it as well as the President’s volatile rhetoric against western allies.

“The only thing I am always wary of is that in dealing with any superpower, we must always be cognizant that there will be strings attached. In the ruling on UNCLOS and the Hague decision on our territorial dispute, only a few nations sided with China,” the economist explained.

“The list is also peppered with nations that had received ‘aid’ from China, showing that when China gives you a hand, it does expect you to hold it through thick and thin,” he added. – Rappler.com