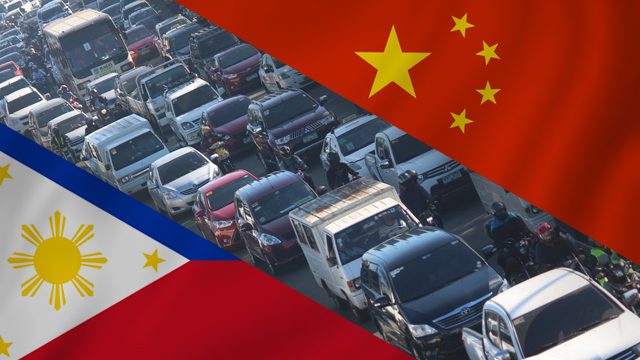 MANILA, Philippines (UPDATED) – Various camps have raised concerns whether due diligence was observed in big-ticket infrastructure deals that the Philippines announced in China. It turned out some of the agreements signed went to a firm that was involved in a string of accidents in Vietnam, and another construction firm that was banned by multilateral lender World Bank.

A Philippine senator, a congressman, and a group of former senior government officials (FSGO) have raised concerns over the Chinese firms designated to spearhead the new projects as well as the procurement processes followed in these deals.

“It is imperative that the public understand whether these agreements have sovereign guarantees, are binding and exclusive or are just memoranda of understanding (MOUs) and, especially for those awarded to private companies, have followed bidding and procurement laws,” FSGO said in a statement on Wednesday, October 26.

This was echoed by Kabayan Representative Harry Roque, who said, “In pursuing this economic partnership with China, we also need to be wary that our laws should not be broken.”

“I have observed that at least 3 companies have shady track records in dealing with the Philippines,” he added.

China Railway Engineering Corporation, through an MOU with local firm MVP Global Infrastructure Group Limited, plans to invest $2.5 billion in infrastructure deals in the country. An Inquirer report said these include a massive Mindanao railway system.

The research unit of Fitch Ratings, BMI Research, had said the impression of Chinese construction deals could thwart infrastructure projects in the Philippines. (READ: What Duterte accomplished in China)

It cited as an example China Railway, the main contractor at the Cat Linh-Ha Dong elevated rail project site in Vietnam, where a string of accidents happened.

“In Vietnam, it resulted in government officials criticizing Chinese contractors of having poor safety practices, a concern that may be present in other markets,” BMI Research said in its October report.

String of accidents in Vietnam

Tuoi Tre News, a major daily newspaper in Vietnam, reported in November 2014 that the construction of China Railway’s Cat Linh-Ha Dong urban rail project was suspended after a passerby was killed and two others were injured by falling reels of steel from its construction site.

The Vietnam newspaper added that when the project’s construction resumed in December of the same year, a 10-meter-long scaffold at the construction site collapsed and nearly killed 4 people in a taxi cab.

In October 2015, Tuoi Tre News reported that after the string of accidents, the Chinese contractor had to raise the total investment in the rail project to $868.04 million from the previous estimate due to differences in design and construction.

According to the Inquirer, the Chinese contractor is eyeing to bid for big-ticket infrastructure projects under the Philippines’ public-private partnership (PPP) thrust.

Another Chinese construction firm that is facing bribery and corruption scandals has been involved in several infrastructure projects, as announced in Beijing, China.

The World Bank website showed that, in 2011, the multilateral lender banned CCCC and all its subsidiaries to engage in any of its road and bridge projects until January 12, 2017, due to “fraudulent practices under Phase 1 of the Philippines National Roads Improvement and Management Project.”

“This is the company that was responsible for the Catanduanes Circumferential Road, which I questioned on behalf of my client, former Congressman Abaya. This is the famous case of Abaya v. Executive Secretary, which was used by GMA (Gloria Macapagal-Arroyo) in justifying the NBN-ZTE deal,” Roque said in a statement.

“I also witnessed an MOU signing with CCCC Dredging Company, and I hope I am wrong, but from the brochure, it seemed CCCC Dredging is also the same company responsible for the building of the artificial islands in the West Philippine Sea,” he added.

Another concern FSGO has raised is the implementation of Metro Manila BRT project under the Department of Transportation (DOTr).

“According to DOTr, the Metro Manila BRT feasibility study still awaits approval. But the list of Chinese investments includes contractors for two segments,” FSGO said in the statement.

These segments are Fort Bonifacio-NAIA BRT bagged by BCDA and China Road and Bridge as well as the MOU to develop Manila EDSA Bus Transportation program by Philippine State Group of Companies and Yangtse Motor Group and Minmetals International (HK) Limited.

But on Wednesday night, October 25, BCDA clarified via a Facebook page that the MOUs signed by these companies are “only provided for the conduct of a feasibility study regarding the project and is not and was never intended to be a contract award.”

BCDA said these MOUs are “non-exclusive” and “limited in scope.”

BCDA also assured the public that “if and when these projects will move forward after their feasibility has been determined, the projects will all follow the most rigorous and stringent procedures and requirements of Philippine government public procurement under our laws and regulations.”

Metro Manila BRT-EDSA was among the deals approved by the administration of President Rodrigo Duterte during the first NEDA Board meeting in September.

“We need to be on guard. We need foreign investments, but we need to make sure, too, that our laws, particularly our procurement law, are respected,” Roque said in his statement.

“As the country prepares for accession to the AIIB (Asian Infrastructure Investment Bank), we should know whether standards different from those set by the World Bank will now apply to infrastructure projects,” FSGO said.

The Department of Finance said it looks to formalize the country’s AIIB membership this year. – Rappler.com