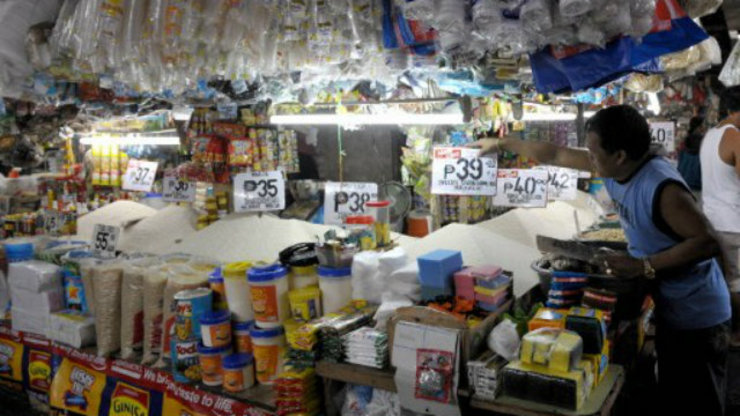 MANILA, Philippines – The increase in consumer prices is seen to grow at a faster rate this month due to base effects, the Department of Finance (DOF) said, but is likely to remain within the target range of 2%-4% for the whole year.

Citing an economic bulletin submitted to DOF Secretary Carlos Dominguez III, the department said inflation in October is seen to settle at 2.5%, up from 2.3% in the previous month and 0.4% a year ago.

A low inflation rate implies lower cost of doing business and greater purchasing power, among others. But it can also be an indicator of weakening demand.

“Just like last month, the apparent surge in inflation rate is the result of base effects. October last year registered inflation rate of 0.4%,” Beltran said in a statement on Friday, October 28.

The expected uptick would peg the 10-month inflation rate at 1.6%, which is still below the Development Budget Coordination Committee (DBCC)’s target range of 2% to 4% in 2016.

The DOF undersecretary said that benign inflation “will continue to support economic growth and steel the economy from external volatilities.”

The department added that the prices of clothing and footwear may also inch up to 2.8% this month from 2.7% in September; furnishings, households equipment may increase to 2.4% from 2.3%; and recreation and culture to 1.8% from 1.7%.

DOF data showed that Manila Electric Company’s (Meralco) rate per kilowatt hour (kwh) for an average of 300 kilowatts-per-month consumption dipped to P8.65 in October from P8.77 in September and P8.74 a year ago.

The department added that the average price of diesel in Metro Manila accelerated to P28.04 per liter this month, from P25.74 in the previous month and P26.89 registered in the same month last year.

Average price of gasoline also increased to P42.27 per liter this month, from P37.83 in September and P41.7 a year before.

Beltran said in his earlier economic bulletin that inflation would likely remain above 2% in the short-term owing to higher commodity costs, noting that core inflation rose at a faster rate from August to September.

This would signal the possible spike in consumer prices in the coming months, DOF said. – Rappler.com