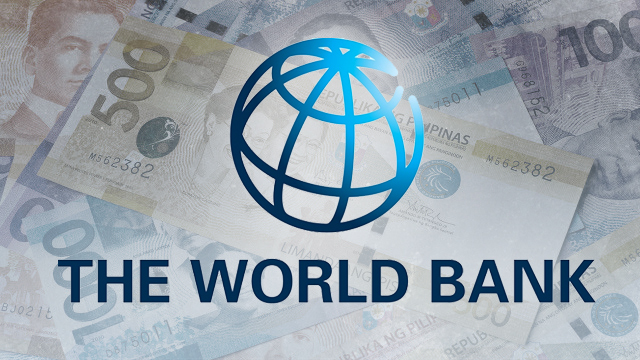 MANILA, Philippines – The second of the 4 packages of the Comprehensive Tax Policy Reform Program of 2016 seeks the restructuring of the corporate income tax system to make it more responsive to the changing corporate environment. Although the annual net revenue gain is considered small at P9 billion, this package has a flipside that could spell profound changes in the national economy.

The proposed rationalization of the fiscal incentive system that would go with the proposed restructured corporate income tax system could end the spate of tax holidays and incentives, which many local firms, including the export-oriented ones, have been accustomed to and dependent on for decades.

The second package, when enacted by Congress, would push most corporations – state-owned and private – to a regime of fiscal discipline to stay viable and competitive. They have to stop depending on those tax holidays and incentives, but instead develop their own financial capabilities and competitive edge.

In his recent dialogue with journalists, Finance Secretary Carlos Dominguez, chief architect of the proposed tax reform program, said it was about time to abandon the World Bank prescribed economic doctrines of an export driven economy and chart what he believed a more independent economic direction.

Dominguez noted what could be regarded unanimity of opinion among the team of economic managers that those World Bank-dictated economic policies would have to go. For them, the bigger market for most local firms is no longer the export market, but the local market of more than 100 million Filipinos.

Noting the leaks in the tax system that have enabled many entities to resort to tax avoidance and evasion to escape the tax net, Dominguez said the second package seeks to lower the existing corporate income taxes to enable the government to put those tax manipulators under the radar and tax net of the Bureau of Internal Revenue and Bureau of Customs.

The second package seeks to impose as corporate income tax level a uniform 25 percent from 35 percent of taxable income. But it has a flipside, which is the simplification of the revenue collection procedures and rationalization of fiscal incentives.

The simplified revenue collection procedures and processes seek to improve compliance by most firms and encourage those in the informal sector, or “underground economy,” to come out in the open and become part of the formal sector.

This partly explains the paradox that while the country has one of the highest tax rates in Asia, it also has the lowest revenue collections too. Dominguez explained the proposed tax reform policy program seeks to correct this situation, which, in his view, has become an “anomaly.”

Envisioned to be transparent, performance-based, and time-bound, which means they would apply for a certain period, the planned rationalization of fiscal incentives under the second package seeks the following changes:

The DoF claimed the restructuring of the corporate income rate could mean revenues losses of P34.8 billion a year. But this loss could be offset by revenues from the proposed rationalization of fiscal incentives to reach P43.8 billion a year, or a net gain of P9 billion.

Incidentally, the fiscal incentives embody the preferential treatment the state gives to export driven firms in the form of tax breaks and various form of tax exemptions.

Lawmakers, who have initiated public hearings for the enactment of the bill on the proposed rationalization, were quick to stress that future policy directions could maintain certain fiscal incentives, although they would be focused more on industries that could provide greater social returns – more jobs, technology transfer, and lot of capital.

The World Bank, officially known as the International Bank for Development and Reconstruction, is a multilateral financial institution that financed a number of development projects of the Marcos dictatorship. It provided assistance in the form of loans when the Marcos regime encountered severe financial crisis.

In exchange for those World Bank credit lines, the Philippines had adopted economic policies intended to post dramatic increases in its export activity and make it the next “economic tiger” of Asia. But Filipino economists said the export drive has been a dramatic failure too, as it hardly raised Philippine exports over the years.

According to economists, the export-driven economic policy has been institutionalized through a series of World Bank-supported structural adjustment program (SAP) policies consisting of trade and investment liberalization, deregulation of key sectors (finance, agriculture, etc.), privatization of government-owned corporations, assets and services and de-monopolization of major industries..

The orthodoxy that prompted the adoption of an export oriented economic strategy was that the more open an economy was, the more foreign and domestic investments would pour into the economy and the ensuing growth of export-led and competitive local industries would generate more jobs and wealth to the point that the country did not have to send its overseas contact workers to earn foreign exchange.

Economist Rene Ofreneo said that South Korea used to send its workers overseas, but its export-oriented industrialization was quite rapid and successful that South Korea became a labor-importing country in the 1990s. The Philippines, he said, has failed in its export oriented industrialization, as indicated by the continuing growth of overseas migration for work and the nation’s deepening dependence on their remittances.

Ofreneo said Philippine exports did go up. However, these were mainly sewn garments and assembled electronic and auto parts products.

After nearly four decades, the spate of economic policies to spur Philippine exports in the world market are being scrapped by the proposed tax reform policy program in what appeared to be major efforts to refocus the overall economic policy on the domestic market, which in the economic managers’ view, could sustain the local firms’ viability and competitiveness.

Dominguez explained it was about time for economic policy to take a drastic change for the domestic market, as he recognized the growing importance of resuscitating the local manufacturing sector, which has been deeply affected by the influx of cheap consumer imports.

Dominguez said economic policies would have to be reshaped to address the domestic market, even as he considered unsustainable the growing reliance and dependence on foreign exchange remittances of overseas Filipino workers and locally based business process outsourcing firms.

Dominguez noted that the third package seeks to address the richer local government units (LGUs), which have not made adjustments to its valuations since 1991. The proposed reduced estate and donor tax however seeks to simplify and rationalize the process so that donors and heirs would not be burdened by heavy taxes.

Overall, the centralization and increased valuation could raise new revenues of P43.5 billion yearly, even as the government stands to lose P3.5 billion annually, or a net grain of P40 billion in new revenues.

The fourth package is about reforms in capital income tax. The DoF said it seeks to reduce the tax on interest income on peso and income deposits to 10 percent from the present 20 percent.

Aside from harmonizing capital income tax rates at 10 percent for dollar and peso deposits and investments, dividends, equity, fixed income rates, among others, the fourth package also envisions raising the tax on all stocks traded at the stock exchange to one percent from the current .5 percent of the gross selling price.

The DoF has yet to determine the financial impact of the fourth package, although it envisions its enactment by Congress in 2018.

It could be said that what the proposed overall tax policy reform program presents leads to the profound restructuring of economic policies of the country. Its sheer enormity and magnitude could mean equally profound implications for the national economy. (READ: Tax reform program to recast PH economic policy)

This early, various sectors were already raising opposition to its packages and provisions, citing practically every conceivable excuse and alibi to derail their congressional enactment. In fact, various organizations have formed lobbying groups either to scrap or water down the objectionable provisions.

Previous experience show that tax bills in whatever form always encounter rough sailing in Congress. It would be foolhardy to believe that Congress would enact the four packages without considering the various issues and aspects to be presented in the course of the legislative grind. – Rappler.com