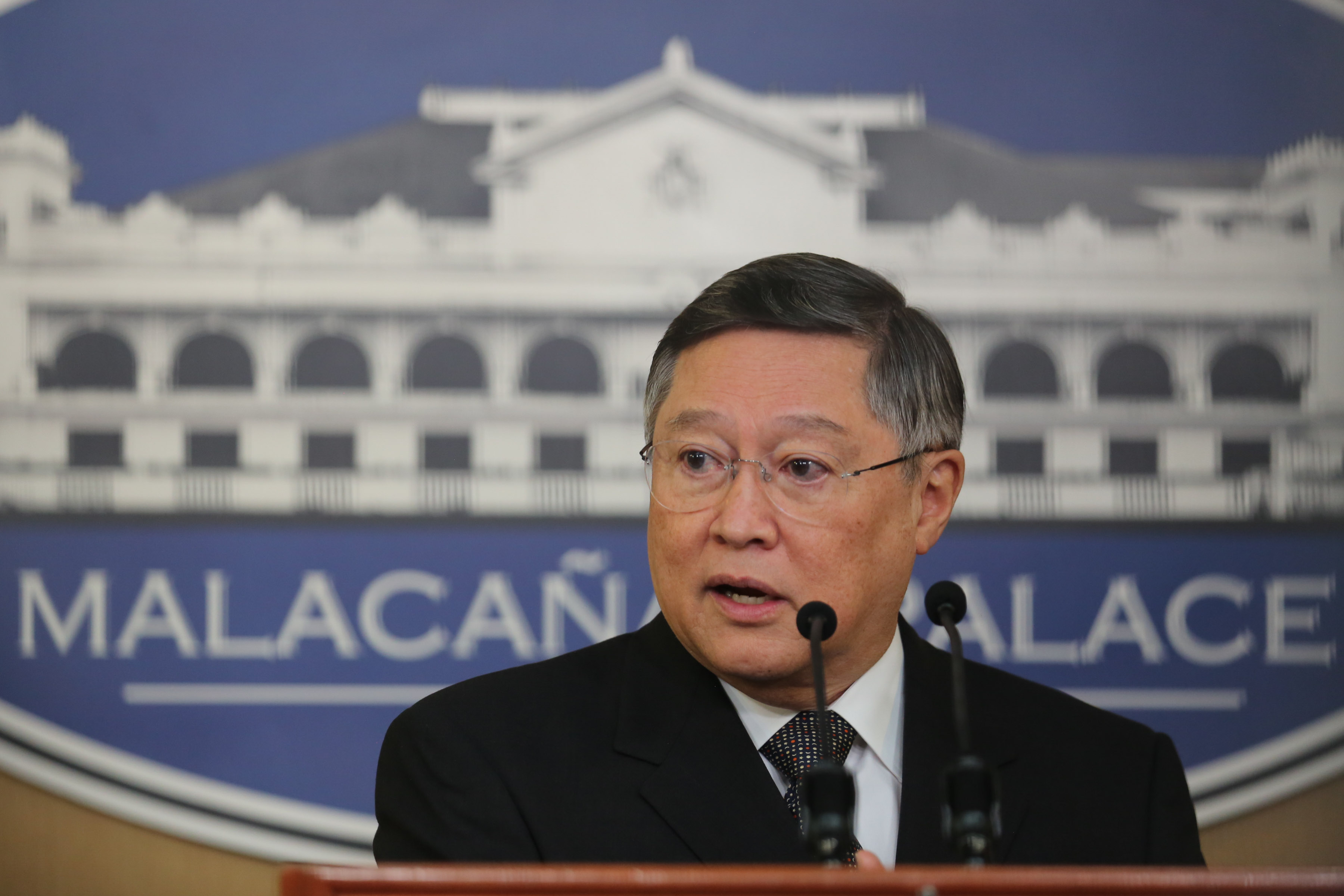 MANILA, Philippines – Companies considered “unacceptable” in the international field will not be allowed to join auctions for big-ticket infrastructure projects in the Philippines like the Metro Manila bus rapid transit (BRT) system.

Finance Secretary Carlos Dominguez III gave this assurance when asked for comment on the questionable track records of some Chinese firms being eyed for badly-needed projects in the country. (READ: What Duterte accomplished in China)

“[T]hese projects will be bid out and of course, if a company is not acceptable in the international field, they will not be able to bid for the project,” Dominguez said in a press conference at Malacañang Palace on Wednesday, November 2.

It turned out some of the memoranda of understanding (MOUs) signed went to a firm that was involved in a string of accidents in Vietnam, and another construction firm that was banned by multilateral lender World Bank. (READ: ‘Shady track records’ hound PH-China infra firms)

China Railway is the main contractor of the Cat Linh-Ha Dong elevated rail project site in Vietnam, where a string of accidents happened.

China Communications Construction Company Limited (CCCC) and its subsidiaries, meanwhile, were banned by the World Bank from engaging in any of its road and bridge projects until January 12, 2017, due to “fraudulent practices under Phase 1 of the Philippines National Roads Improvement and Management Project.”

The MOUs CCCC and its subsidiaries signed involve the Davao Coastline and Port Development Project, Manila Harbour Center Reclamation Project, and Manila-Clark Railway, among others.

To address concerns, Dominguez said Manila will ask Beijing to designate and accredit Chinese companies, so that the Philippines would know which firms to deal with in China.

The finance chief said President Rodrigo Duterte has verbally agreed to designate the National Economic and Development Authority (NEDA) Investment Coordination Committee (ICC) as the focal point of the management of the Philippines’ relationship with China.

“Once the President has actually signed an order to do that, the ICC will go to China and ask the Chinese government to designate a single focal point also in China, so that the dealings can be government to government,” Dominguez said.

“The ICC will ask the Chinese government to designate and accredit companies that they believe can do the projects, to accredit them, so that the Philippine side will know which companies to deal with in China,” he added.

There were 13 cooperation documents that were signed during the recent trip of the Philippine delegation to China.