Pilipinas Shell catches up in PSE debut amid volatile market 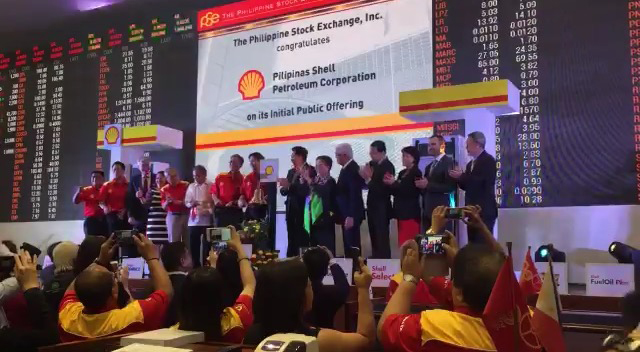 MANILA, Philippines – Pilipinas Shell Petroleum Corporation marked its first day as a publicly listed company by closing at a high for the day amid a volatile trading session.

Listing on Thursday, November 3, with the stock symbol “SHLPH,” the oil refiner saw its shares end trading at P67.20 apiece, up by 0.30% or 20 centavos from its P67 offer price. They opened at P67 per share, same with the offer price.

Pilipinas Shell was able to raise a total of P18.42 million and could raise as much as P19.50 million if the over-allotment option is exercised.

The maiden share sale – the 6th largest in the Philippines thus far – allowed public investors to own as much as 17.3% of the issued common shares of the local unit of Dutch Shell PLC. 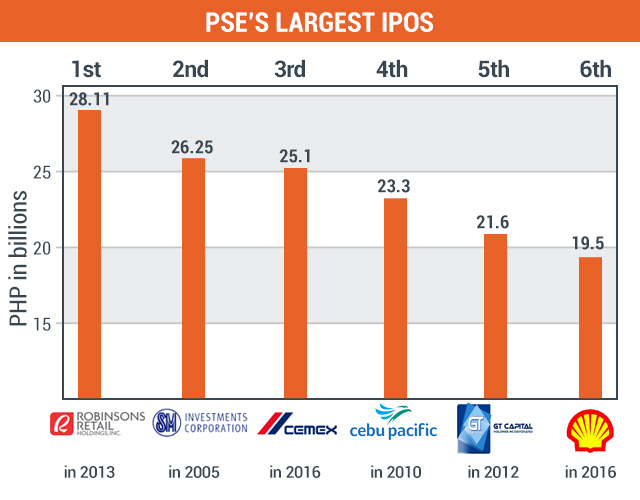 Braving the market’s volatility, Pilipinas Shell is the 3rd company in the country to complete an initial public offering (IPO) this year. The first two were Golden Haven Memorial Park Incorporated and Cemex Holdings Philippines Incorporated.

“Despite the less than stellar performance, the company was able to perform much better than the index as a whole, which fell 1.26%,” Limlingan said.

For April Tan, head of COL Financial Group Incorporated’s Research Department: “It’s hard to make a comment on such a move since SHLPH hardly moved. The only thing I can say is maybe the stock could have performed better if the market had not performed so poorly today.”

On Thursday, the bellweather Philippine Stock Exchange index (PSEi) extended losses to a 9th straight day – the longest streak in 10 months – closing at 7,160.90 points, down 1.26% from Wednesday.

Pilipinas Shell is also perceived to be included in the 30-company main local stock barometer.

The barometer reflects the most traded, well-capitalized, and most liquid listed companies in the Philippines.

“It’s a stock that one can consider for inclusion to the main index in due course since it’s a good indicator for the whole economy,” Reginaldo Cariaso, chief operating officer at the Bank of the Philippine Islands (BPI) Capital, said during the briefing.

BPI Capital is the domestic lead underwriter and bookrunner for the IPO. 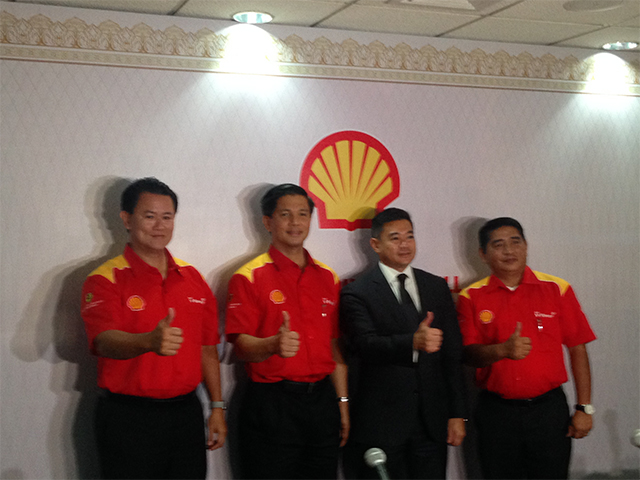 Pilipinas Shell plans to use the net proceeds from the 10% primary offering for capital expenditure as well as working capital and general corporate expenses. The remaining proceeds will be attributable to the 3 selling shareholders.

At least 69% of the total offer shares will be sold to foreign investors and cornerstone investors, while 30% will be set aside for trading participants and local small investors.

The remaining 1% will be offered to Pilipinas Shell’s regular employees.

The company operates a 110,000-barrel-per-day refinery in Batangas, which was recently upgraded to deliver Euro 4 compliant fuels.

“We’ll continue our growth plans in Luzon. We are also excited about Visayas and Mindanao. Shell’s market is more skewed towards the south. Luzon remains important,” Romero said in a media briefing.

Pilipinas Shell’s share sale is in compliance with the Oil Deregulation Law of 1998, requiring oil refiners to list 10% of their shares in the local stock market.

Data from the International Center for Settlement of Investment Disputes (ICSID) showed that on July 20, Shell Philippines Exploration BV filed a request for an arbitration case against the Philippine government over “taxation [on] hydrocarbon concession].”

The request is still pending before the ICSID.

The DOE earlier argued that these liabilities were already covered by the 60% share remitted by the department from 2002 to 2009.

“I think 6 of 8 entities have said that it is not subjected to tax, so we are hopeful that the Supreme Court will see the merit of our case,” Romero said. – Rappler.com