Shares in Century Properties rally after Trump’s US presidential win 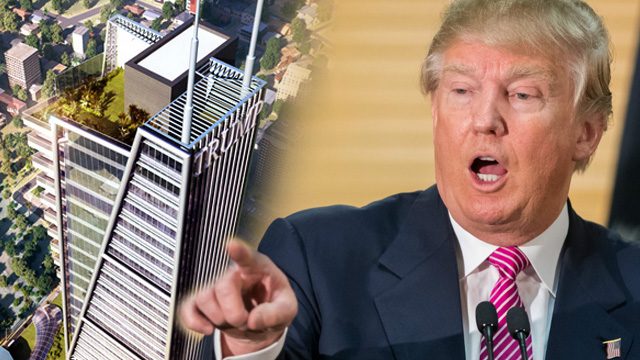 Shares in the property company, which holds the license to develop Trump Tower in Manila, settled at 72 centavos after gaining 12 centavos or 20% in Wednesday’s trading.

Century Properties bucked the regional bloodbath, with analysts believing the surge was because of Trump’s presidential victory.

“This is more of a psychological buy. As you know, they are the local partner of Trump Organization for Trump Tower Manila,” Harry Liu, chief of brokerage firm Summit Securities Incorporated, said in a phone interview.

COL Financial head of research April Lee Tan echoed Liu’s remarks. She said Trump’s victory could be the reason for the surge in Century Properties’ shares, amid a regional bloodbath.

Donald Trump Jr, the US president-elect’s son, visited the country in 2014 to help Century Properties break ground on the $150-million Trump TowerTM Manila, a 56-storey residential building in the sprawling business district of Makati City.

“I’ve always loved the Philippines. I think it’s just a special place, and Manila is one of Asia’s most spectacular cities. I know that this project will be second to none,” Donald Trump, chairman and president of the Trump Organization, was quoted in the official website of Trump Tower Philippines as saying.

Robbie Antonio, the head of the company’s business development, was introduced to Ivanka Trump, who had him meet her father, who then agreed to license his trade and family name to Century.

As of May 2016, Century Properties said masonry activities for Trump Tower were in “full swing up to the topmost floor (57th level) while plumbing and electrical roughing-in have reached the 40th floor.” It is set to be opened within the year.

CEO named as special envoy to the US

Other than the Trump victory, Liu said investors could be thinking that “Jose Antonio being the new special envoy to the US will be beneficial for the company.”

“His mission is to enhance business ties and strengthen the economic affairs between the two countries,” Century Properties told the local bourse in a disclosure.

Antonio also served as the country’s special envoy for trade and economics to China in 2005.