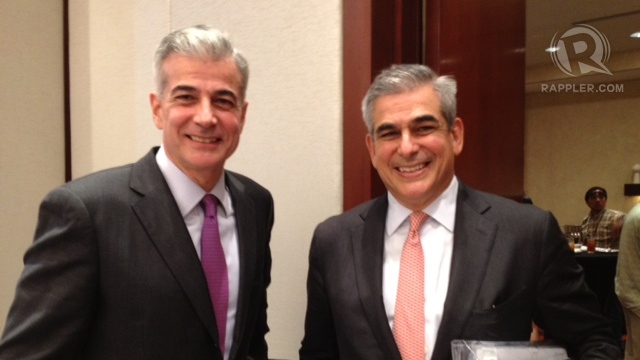 MANILA, Philippines – The country’s oldest conglomerate, Ayala Corporation (AC), saw its net income expand by 11% to P19.6 billion in the first 9 months of the year, after its banking, real estate, and automative businesses posted robust performance,

AC told the Philippine Stock Exchange (PSE) on Friday, November 11, that its healthy earnings trajectory was buoyed by equity earnings contribution from its business units, which went up by 10% year-on-year to P23.6 billion in the January-September period.

“As they execute on their individual 2020 strategies, our businesses continue to perform well and within targets,” AC President and Chief Operating Officer Fernando Zobel de Ayala said in a disclosure to the bourse.

Its equity earnings from the Bank of the Philippine Islands (BPI) and Ayala Land climbed 23% and 17%, respectively; while those from Ayala Automotive almost tripled during the 9-month period.

“As we develop new investments, we are happy to see our power business emerging to be a significant player in the space. With 1,000 megawatts in attributable capacity, AC Energy is beginning to be a major contributor to the country’s energy requirements,” Zobel de Ayala said.

Meanwhile, gains from BPI’s core banking, trading, and fee-based businesses sustained its net income in the first 9 months of the year, surging by 26% to P17.4 billion from its year ago level.

But its telecom unit, Globe Telecom Incorporated, saw its net income decline by 17% to P11.7 billion in the first 9 months of the year, due to intense competition and higher operating expenses.

On a combined basis, Ayala’s industrial technologies portfolio saw a 25% surge in net income, which is at P1.5 billion, in the first 9 months of 2016, thanks to the solid performance of automotive dealership.

Equity earnings of AC Energy increased nearly threefold in the first 9 months of the year as operating levels of its power generation plants significantly improved.

Although the energy unit saw its net income decrease by 28% to P1.2 billion, owing to the absence of capital gains from the Ayala partial sale of its stake in North Luzon Renewable Energy Corporation realized in the previous year.

The oldest conglomerate had said it expects to double its net income to P50 billion by 2020. – Rappler.com