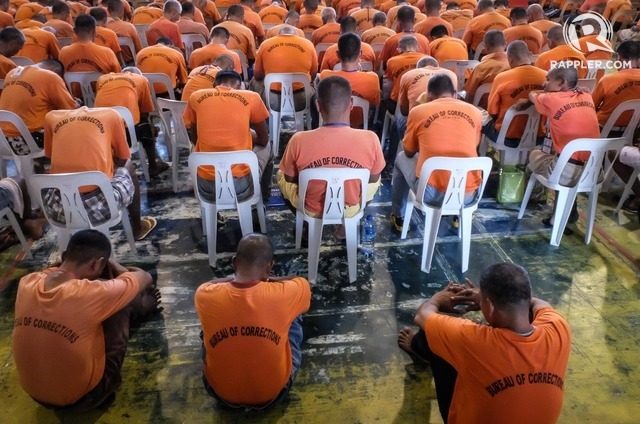 Facebook Twitter Copy URL
Copied
This PPP project is part of government efforts to fix the Philippines' prison system, which the International Centre for Prison Studies ranks as the 4th most overcrowded in the world

MANILA, Philippines – The Philippine government once again moved the bidding for the $1.11-billion deal to construct and maintain a modern prison facility in Fort Magsaysay in Nueva Ecija to April 27, 2017, or more than a year since the initial auction date.

The announcement was made through a bid bulletin published by the Department of Justice (DOJ) and the Bureau of Corrections (BuCor) last week.

“Please be informed that the Pre-qualifications, Bids, and Awards Committee has issued Resolution No. 032, Series of 2016, moving the deadline for submission of bid proposals from November 24, 2016 to April 27, 2017,” DOJ Chief State Counsel Ricardo Paras III told the pre-qualified bidders through a bulletin, without stating a reason.

For the Public-Private Partnership (PPP) Center, this will give pre-qualified bidders “more time to work on their bid proposals.”

Megawide Construction Corporation’s Mega Structure Consortium, San Miguel Holdings Incorporated, and DM Consunji Incorporated were all qualified to participate in the auction for the first prison development PPP project in the Philippines.

Under this project, a prison facility will be built to “provide adequate living space, facilities, and address the basic needs of inmates incarcerated in existing penal facilities such as the New Bilibid Prison and the Correctional Institution for Women.”

About 21,106 convicts at the New Bilibid Prison (NBP) in Muntinlupa City and 2,016 inmates at the Correctional Institution for Women in Mandaluyong City will be transferred to the Nueva Ecija facility once construction is completed.

The previous administration initially targeted to complete the construction of the project by 2019. But the auction of the Regional Prison Facilities PPP deal has been moved 4 times since its initial auction target date of March 22, 2015.

Even former PPP Center executive director Andre Palacios had urged the DOJ not to further postpone the bidding of the infrastructure project.

The winning concessionaire will be responsible for the financing, detailed design and construction, and maintenance of the prison facility for 23 years, inclusive of a 3-year construction period.

The Nueva Ecija facility will accommodate 26,880 inmates, and include staff housing, administrative buildings, and areas for rehabilitation (sports, work, and religious activities).

Other than the NBP and the Correctional Institution for Women, the BuCor has 5 other penal colonies in Davao, Zamboanga, Palawan, Leyte, and Occidental Mindoro.

Data from BuCor showed that the country’s 7 penal colonies house a total of about 41,000 inmates.

“Our problem is, for example, an inmate inside a dormitory sleeps on the floor. If he goes to the CR and returns, he will no longer have a place to sleep,” BuCor spokesperson Sonny del Rosario said in Filipino in a separate Rappler interview. (READ: What ails the BuCor modernization law?)

Prison population nationwide totaled some 106,323 in 2012, the highest in the 12-year period reviewed by the London-based International Centre for Prison Studies (ICPS).

On the investment side, an officer of one of the pre-qualified bidders said bidding for the project is a smart opportunity.

“We are interested in the prison PPP deal, as we find it a smart opportunity to invest in. If you look at Australia, the US, and Brazil, investing in prisons is profitable,” Megawide corporate information officer Manuel Louie Ferrer said.

DOJ Secretary Vitaliano Aguirre II had said that the department will push through with the bidding of the PPP deal after getting support from President Rodrigo Duterte.

Approved during the Aquino administration in 2013, this PPP deal is part of government efforts to fix a prison system which the ICPS ranks as the 4th most overcrowded in the world. – Rappler.com