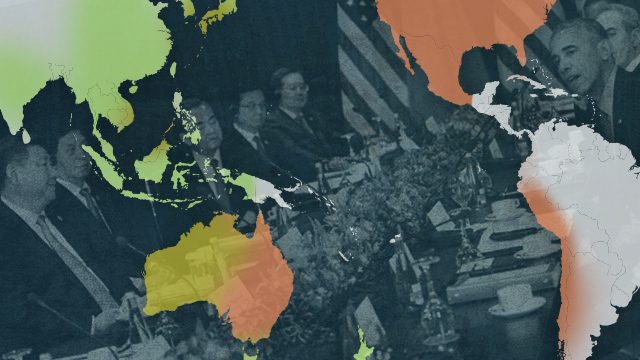 MANILA, Philippines (UPDATED) – With the United States becoming more protectionist under a Donald Trump presidency and given the Philippine president’s foreign policy pivot towards regional integration, the Philippines is likely to shelve plans to join the US-led Trans-Pacific Partnership (TPP) and shift focus to the China-led Regional Comprehensive Economic Partnership (RCEP).

“I personally would like to look at RCEP more closely because that’s the 10 ASEAN (Association of Southeast Asian Nations) countries. That one, we are more open to,” Finance Secretary Carlos Dominguez III said weeks before the likelihood of Trump upending Washington’s trade commitments with its allies in the Asia-Pacific.

“With regard to TPP, that’s being reviewed all over, including in the US (United States). So maybe we’ll put that in the back burner,” Dominguez added.

On Tuesday, November 22, Trump said he would move to pull out of the TPP on his first day in office. (READ: Trump says will move to withdraw from TPP ‘on day one’)

“Joining TPP does make very good sense to us, especially because of those who are already in it; who we find ourselves in very close alliances with in so many different fronts – Japan comes to mind, Vietnam comes to mind, and other countries,” the former president said on the sidelines of the Forbes Global CEO Conference in October last year.

While the RCEP and TPP are often depicted as rival trading blocs, both are said to have significant income benefits. (READ: Philippines shopping for ‘nice’ China-funded infra deals)

The RCEP includes the ASEAN-10, in addition to China, India, Japan, Korea, Australia, and New Zealand – the countries with which the ASEAN already has free trade agreements.

As the world’s first pan-Asia free trade deal, the RCEP boasts a list of impressive statistics, like covering almost 30% of global gross domestic product (GDP) and roughly half of the world’s population.

But its scope is more limited than that of the TPP.

The TPP would create the world’s largest free trade area comprising 40% of the global economy.

Other economies also expressed interest in joining the TPP, including the Philippines.

In terms of merchandise exports, the RCEP is larger than the TPP.

But with the TPP “unlikely to be passed,” the Philippines’ finance minister said “RCEP appears as the ideal and lucrative market bloc for Southeast Asia at this point to sustain its economic expansion, now that President [Barack] Obama himself appears to have all but given up on his pet initiative TPP following Trump’s upset victory.”

“President Duterte’s early moves on the foreign policy front thus makes him the right person to chair the ASEAN as it turns 50 next year against the backdrop of fresh challenges attending the advent of an apparently new global order shaped in large part by the new relations of the US and China with the rest of the world,” Dominguez said.

With the TPP “dead in the water,” even one of Asia’s economic powerhouses, Japan, is also leaning towards the RCEP. 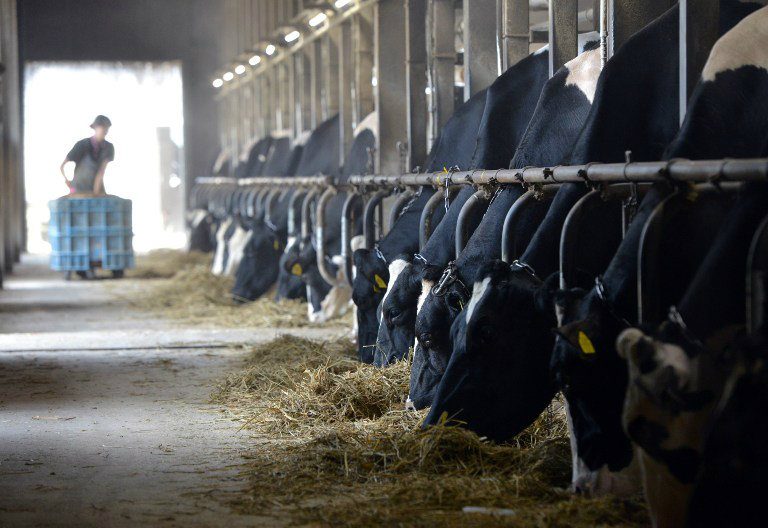 Prime Minister Shinzo Abe was quoted in a news report as saying in Tokyo: “It’s safe to say we will shift focus to RCEP should the TPP not go ahead.”

But Abe said he would also like to discuss free trade with Trump in an attempt to make a last-ditch pitch for the TPP.

With some regional economies shifting towards the prospects of joining RCEP, a Hongkong and Shanghai Banking Corporation Limited (HSBC) officer had warned them of a “watered-down” trade deal.

“[T]here are already warning signs that the final treaty will be watered down, in particular due to India’s fears about its already large trade deficit with China ballooning further and Japan’s reluctance to open its agricultural sector,” Kristen Carter, HSBC communications manager, said in an e-mail.

“The final agreement will likely be replete with country-specific exemptions and many tariff lines may remain intact,” Carter added.

Despite some drawbacks, HSBC expects the RCEP to help boost trade volumes across Asia and spur investment in new supply chains.

“The deal will be particularly advantageous for ASEAN, as it will reduce the incongruity across pre-existing free trade agreements (FTAs) and thereby strengthen the appeal of the region as a production base. Moreover, by connecting the world’s 3 largest consumer markets, China, India, and ASEAN, the RCEP offers a new ‘south-south’ template for growth that can partly offset subdued imports and investment in the West,” Carter said. – Rappler.com