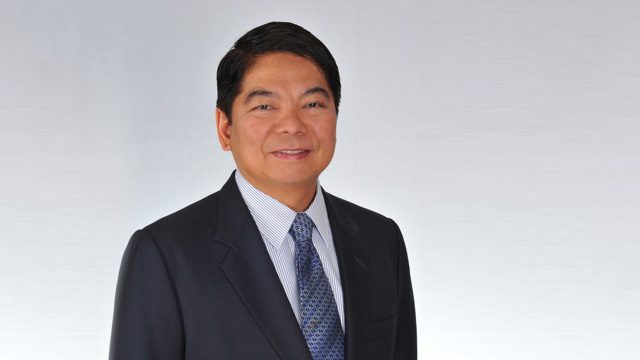 Facebook Twitter Copy URL
Copied
'Let us cross the bridge when we get there,' BSP Governor Amando Tetangco Jr says about the offer, which requires an amendment of the BSP Charter

BSP Governor Amando Tetangco Jr expressed openness to the Duterte administration’s offer on the sidelines of the 2016 Security Bank Economic Forum on Wednesday, November 23, when asked to comment on the offer of President Rodrigo Duterte to serve a third term as BSP chief.

“It’s really an honor to get that offer for the third term and I share this honor with the officers and staff of the BSP. Congress is now deliberating on amendments on the BSP Charter. So they are still on that process and I don’t want to preempt our legislators,” Tetangco said.

Asked if he would accept the post, if allowed by law, he said, “Let us cross the bridge when we get there.”

The BSP Charter limits the term of the governor to only one reappointment.

Tetangco rose from the ranks and became BSP chief in 2005 during the term of then president and now Pampanga Representative Gloria Macapagal-Arroyo.

He was the first BSP governor to be reappointed to a second term during the term of President Benigno Aquino III. (READ: BSP’s Tetangco named central banker of year by elite magazine)

Tetangco has received prestigious international and local awards. New York-based Global Finance magazine has adjudged him as one of the world’s best central bankers with Grade A for 8 years now.

Finance Secretary Carlos Dominguez III confirmed on Tuesday that Duterte had  tasked him to convince Tetangco to serve a 3rd term. The proposed amendment to the BSP Charter would include a second reappointment for BSP governor.

Tetangco said that the BSP has developed itself into a world-class monetary authority that is able to deliver its mandate of maintaining price and financial stability.

He added the regulator has allowed the banks to provide the necessary credit to support economic growth.