MANILA, Philippines – Local diversifying conglomerate San Miguel Corp. would been added to the emerging markets index of Dow Jones, a closely watched indicator of performance of largest stocks within countries, sectors and regions.

San Miguel is the recent addition to the Dow Jones Emerging Markets Consumer Goods Titans 30 Index, the Dow Jones announced on its website on Tuesday, February 14 (Wednesday in Manila).

Dow Jones said China’s Shanda Interactive Entertainment Ltd. was removed from the index after it was acquired by Premium Lead Co. Ltd. of the British Virgin Islands, allowing San Miguel to take over the vacant slot.

The changes will take effect on Friday, February 17.

Stocks are selected to the index based on float-adjusted market capitalization, size, revenue and net profit.

San Miguel is the leading food and drinks business in Asia. Since 2007, it has been diversifying away from these core businesses and into high growth and heavy industries in the Philippines, including power, energy, infrastructure telecommunications, aviation, among others

San Miguel is the only Philippine company in the index. – Rappler.com 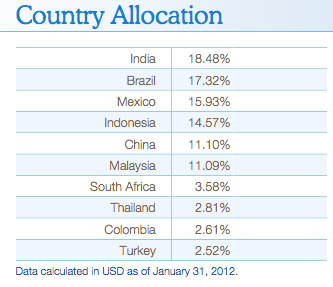