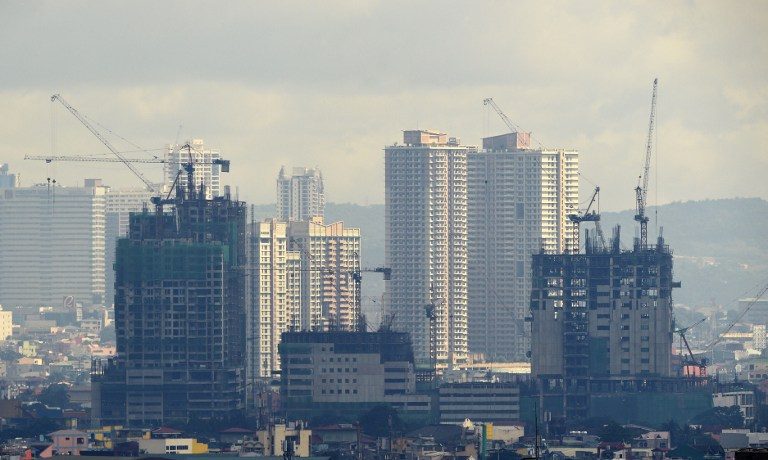 Facebook Twitter Copy URL
Copied
The global institution sees 6.8% growth this year, 6.9% next year, and 7.0% in 2018 due to expected infrastructure upgrades and high confidence among consumers and investors

MANILA, Philippines – The country’s stellar growth this year has led to global economic development institutions becoming more optimistic about its growth in the next few years.

The World Bank became the latest to upgrade its forecast of Philippine economic growth, increasing its projection for the full-year 2016 to 6.8% compared to the 6.4% forecast released last October.

“Recent economic trends illustrate the high confidence among investors and consumers, and provide the foundation for a more optimistic outlook for the remainder of 2016 and for 2017,” said Birgit Hansl, World Bank lead economist for the Philippines, in a statement on Thursday, December 15.

“The economy’s strong performance in October and November, and continued policy commitment to an increase in public infrastructure spending are expected to carry the economy’s growth momentum over to 2017-2018,” he added.

The Bangko Sentral ng Pilipinas’ latest survey shows that consumer confidence is at an all-time high heading into holidays, while the government has upped its deficit ceiling in preparation for massive spending on big-ticket infrastructure projects.

The stronger than expected Q3 results drove the upgrade, with the World Bank observing that accelerating investment and private consumption growth carried on the momentum of the first half of an election year.

It also noted that growth in capital investment is projected to remain as the Philippine economy’s primary growth engine, despite an expected increase in interest rates in 2017.

Monetary policy is also expected to remain supportive of growth, resulting in continued expansion in credit.

“The implementation of large infrastructure investments is projected to lead to significant spillover effects into consumption growth next year. Accompanied by robust credit growth to households and healthy remittances, this is expected to fuel consumption,” Hansl said.

“As the global economy is slowly adjusting, with the growth momentum shifting away from advanced economies back towards emerging markets and developing economies, Philippine exports are expected to grow in 2017 at a similar rate as in 2015-2016,” he added.

The World Bank’s sunnier forecast follows a similar upgrade earlier this week by the Asian Development Bank, which also sees the country growing by 6.8% this year, driven by public and private investments. – Rappler.com