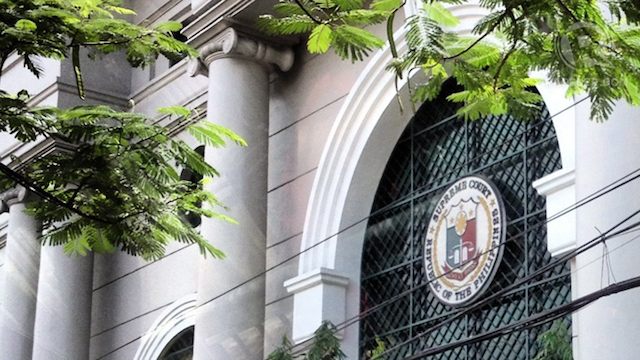 MANILA, Philippines (UPDATED) – The Supreme Court (SC) will not nullify the foreign ownership guidelines set by the Securities and Exchange Commission (SEC), which a lawyer alleged was made to accommodate PLDT Incorporated.

By a vote of 8-5, the SC on November 22 denied the petition filed by Jose Judd Roy III, a former dean of the Pamantasan ng Lungsod ng Maynila. The decision was released only on Wednesday, December 21.

Roy questioned the constitutionality of SEC Memorandum Circular 8, series of 2013, or Guidelines on Compliance with the Filipino-Foreign Ownership Requirements.

Roy argued that it runs contrary to the SC’s ruling on October 9, 2012, on the limit to foreign ownership under Section 11, Article XII, of the Constitution.

The 2012 court ruling stated that the 60-40 ownership requirement in favor of Filipino citizens should apply separately to each class of shares. (READ: PCC: Make policy changes to open telco, energy markets)

The lawyer alleged that the SEC Memorandum Circular 8 was “tailor-made” for PLDT’s move to comply with the foreign ownership cap in public utilities.

“We point to Section 2 of MC No. 8 as appearing to have been tailor-made to accommodate the scheme of PLDT for conforming with the Constitution – amending its Articles of Incorporation to be able to issue [150 million] preferred voting shares, then selling them to a noncomplying entity called BTF (Beneficial Trust Fund) Holdings, Incorporated, to address the cap on foreign ownership in public utilities,” Roy said in his 2013 petition.

But in the SC decision this Wednesday, the High Court affirmed the SEC guidelines on foreign ownership cap.

“The Court reviewed the Gamboa Decision and Resolution and reiterated that both defined ‘capital’ broadly, but only to apply to shares of stock that can vote in the election of directors and that MC No. 8 simply implemented and is, thus, fully in accordance with Gamboa,” the SC ruled.

The High court added that “there was no actual controversy ripe for adjudication shown as the factual situations presented by Mr Roy were hypotheticals and were evidently speculative and fraught with conjectures and assumptions.”

In denying Roy’s petition, the Court held that there was no abuse of discretion on the part of the SEC as it was simply implementing the Gamboa Decision and the Gamboa Resolution.

The Court also declared that there was no conflict between the definition of “capital” in the Gamboa Decision and the Gamboa Resolution.

Rappler tried to reach PLDT officials for comment but could not be reached as of press time. – Rappler.com