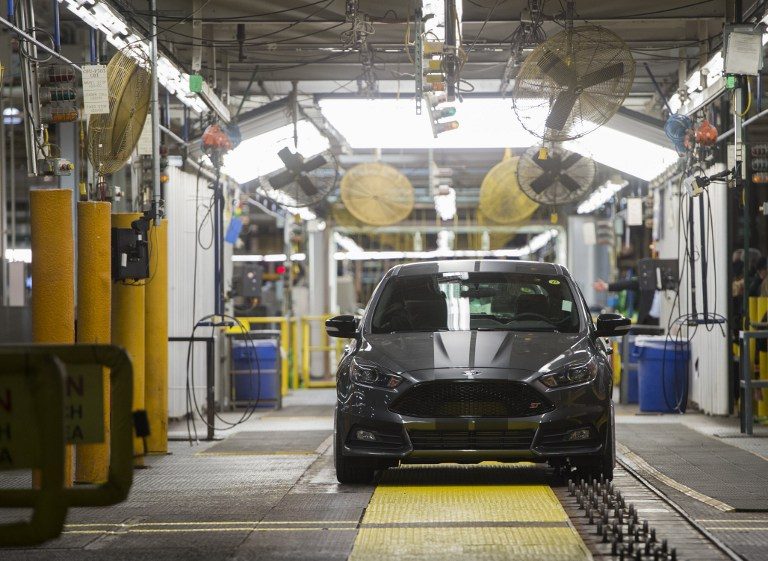 Facebook Twitter Copy URL
Copied
Ford's decision to cancel the $1.6 billion investment in the state of San Luis Potosi is a big blow to Mexico

MEXICO CITY, Mexico – Mexico’s government on Tuesday, January 3, lamented Ford’s decision to scrap a new plant project following criticism from US President-elect Donald Trump and said the company would pay back any expenses.

Ford’s decision to cancel the $1.6 billion investment in the state of San Luis Potosi is a big blow to Mexico, which has been one of the main targets of Trump’s protectionist rhetoric.

“The Mexican government regrets the decision of the Ford Motor Company to cancel the investment project in San Luis Potosi and it has assured the return by the company of any expenditures made by the state government to facilitate this investment,” the statement said.

Ford said it would instead invest $700 million over the next 4 years to expand its Flat Rock Assembly Plant in Michigan to build electric and self-driving vehicles.

The Mexican peso, which has fallen since Trump’s election, dropped by 1.41% following Ford’s announcement.

Economy Minister Ildefonso Guajardo said the government was notified by Ford about its decision only “minutes” before it was made public.

Trump, who takes office on January 20, has slammed US firms for moving jobs to Mexico and has vowed to renegotiate the North American Free Trade Agreement (NAFTA).

Earlier, US automaker General Motors became the latest multinational to end up in Trump’s line of fire – via Twitter as usual – with the president-elect threatening to impose a tariff on GM’s imports of a small number of Mexican-made Chevy Cruze cars to the US.

He said the automaker’s situation was “very particular” and that its decision was based on falling demand for smaller cars that would have been made in San Luis Potosi in addition to pressure from Trump.

Former president Felipe Calderon chimed in, saying on Twitter that Ford’s decision “hurts Mexico, but also American consumers and its shareholders because the company will lose competitiveness.”

Mexico’s economy ministry argued that investments in Mexico have helped keep jobs in the United States.

“The jobs generated in Mexico have contributed to keeping manufacturing jobs in the United States that would otherwise have disappeared in the face of Asian competition,” it said.

Mexico’s free trade deals with various countries and proximity to the US market have made it a top destination for international automakers, turning the country into a top producer and exporter of vehicles.

Guajardo told Milenio television that Mexico was ready to sit down with Trump’s administration and Canada to improve NAFTA and “realize that we are competing against other regions in the world, not necessarily against each other in North America.” – Rappler.com