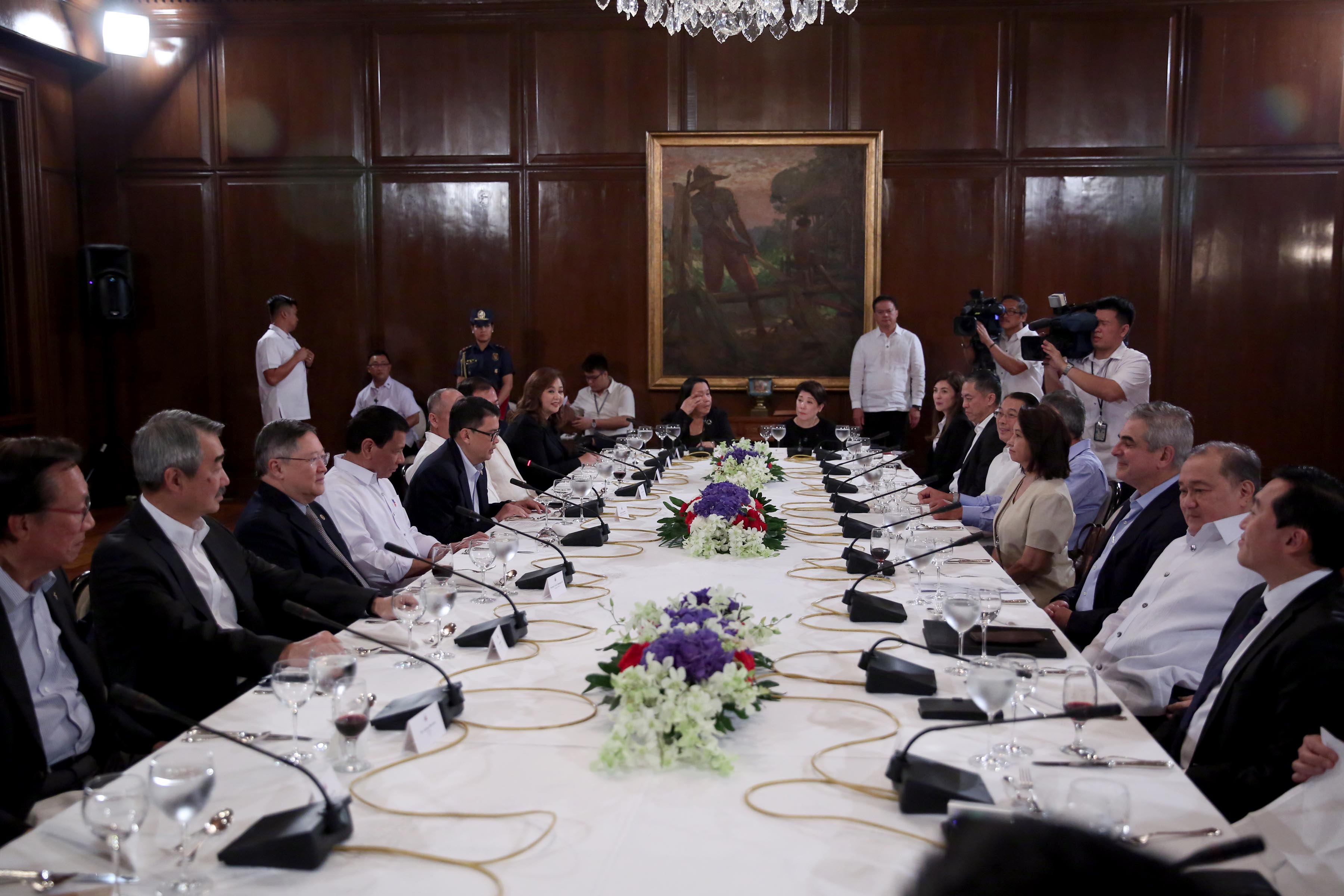 MANILA, Philippines – Federalism, tax reform, infrastructure projects in Mindanao, and contractualization were among the topics discussed during President Rodrigo Duterte’s 3-hour-long dinner with the country’s top businessmen on Tuesday, January 17.

Duterte hosted the dinner in Malacañang, supposedly to last for just an hour, upon the recommendation of Presidential Consultant for Entrepreneurship Joey Concepcion, Presidential Spokesperson Ernesto Abella said in a news briefing on Wednesday, January 18.

Abella said the primary objective of the dinner was to “bring them (businessmen) on board to the government’s agenda of inclusive growth.”

San Miguel Corporation chief Ramon S. Ang said on the sidelines of an event in Makati City on Wednesday that he was also invited to the Palace dinner but he had to beg off because of a prior commitment.

Pangilinan said the dinner was organized by Concepcion and former president and now Deputy Speaker Gloria Macapagal-Arroyo, who were both at the event.

Pangilinan said the meeting was “very productive” and allowed the businessmen to personally relay their concerns to the Chief Executive.

“It is good for the private sector to communicate with the President what our concerns are and what we can do to help government efforts, particularly in the poorest areas in the country. There was a lot of discussion in the Sulu area, and certain areas in Mindanao where private sector can help,” Pangilinan said.

He said that based on his experience, this was the first time that a president had an intimate dialogue with top businessmen. 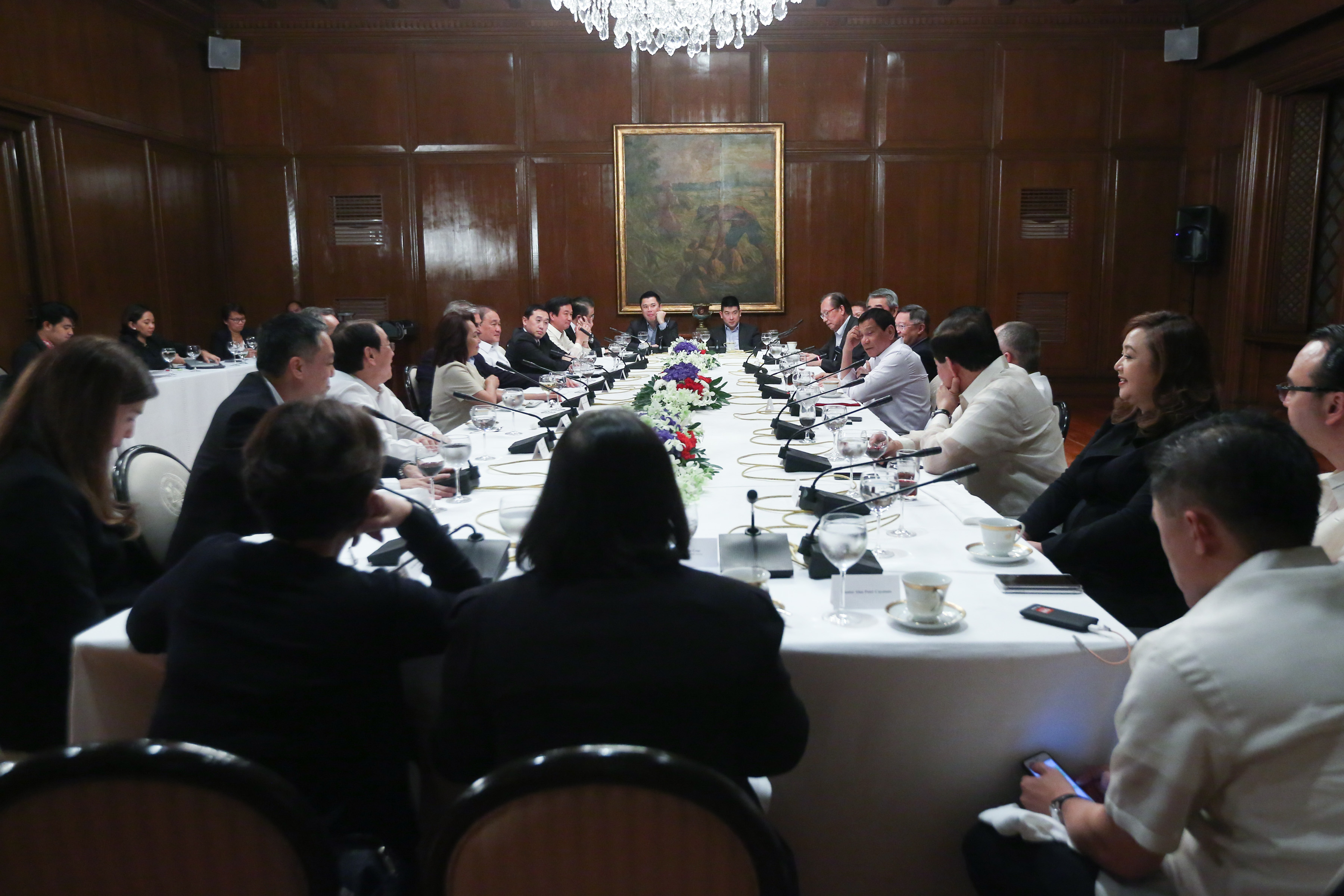 Abella said the businessmen had positive feedback on the meeting.

“Many of them apparently had never met Duterte. This is the first time they had a face-to-face and according to Joey, a number of their uncertainties were settled,” the presidential spokesperson said.

“Everybody walked out extremely happy,” he added.

Pangilinan also said that among the projects that his group offered are the construction of a coconut oil mill in Sulu, more hospitals and improved telecommunications services in Mindanao, as well as a housing project with Gawad Kalinga.

“The mood was excellent. The President was in good form. We are thankful for Joey Concepcion and former President GMA (Arroyo) for husbanding the event. Of course, thank you for the President for spending around 3 hours with us,” the businessman added.

On the issue of contractualization, Abella said some of the largest employers in the country are in discussions with Labor Secretary Silvestre Bello III.

“They are working on a win-win situation. In other words, they are engaged in working out the situation which will be beneficial for both employees and the employers,” Abella added without divulging details.

During the campaign, Duterte vowed to end contractual labor in the country, where the practice remains rampant.

Other officials who were at the dinner meeting were Finance Secretary Carlos Dominguez III, Special Assistant to the President Bong Go, and Senator Alan Peter Cayetano. 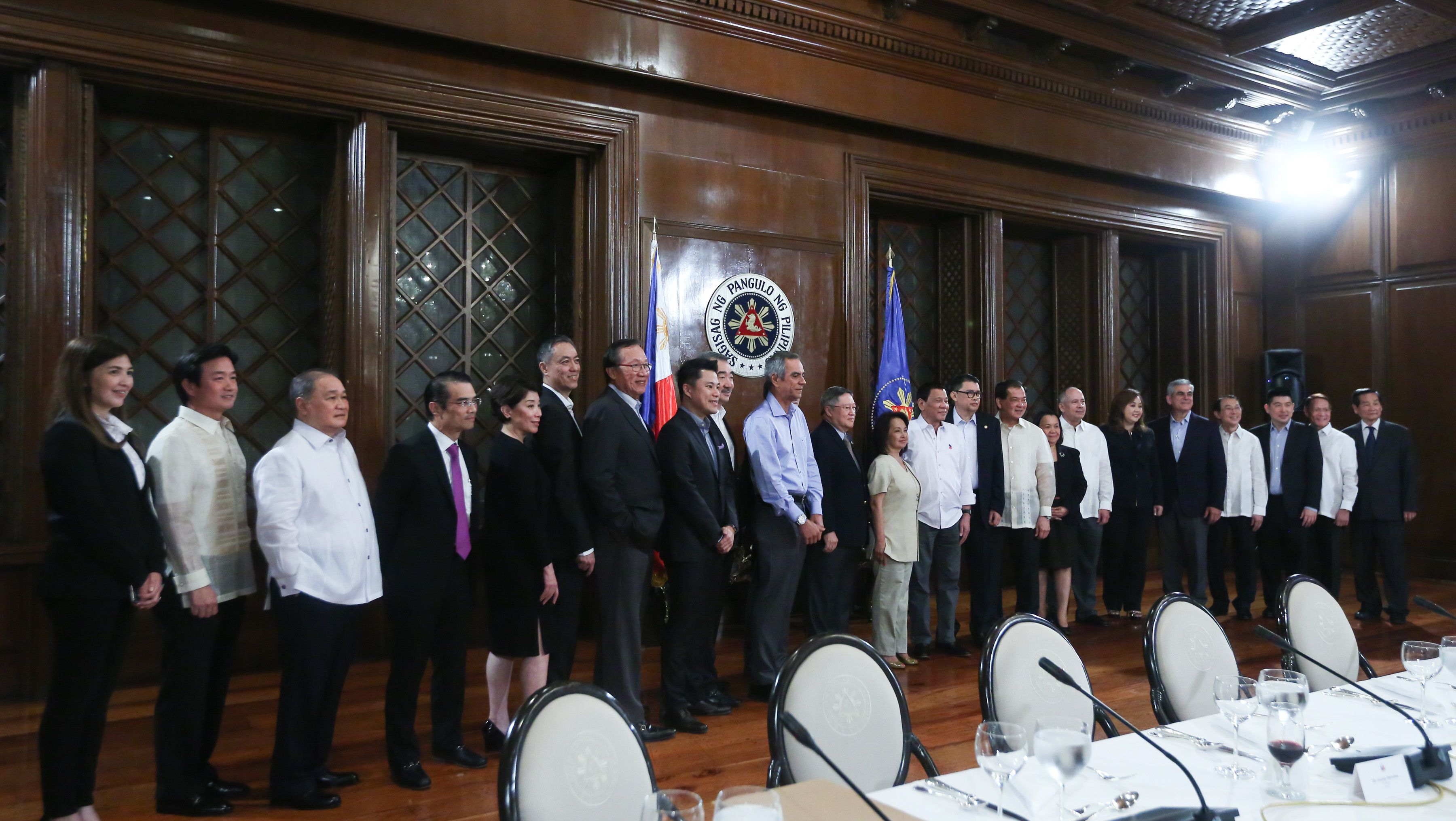