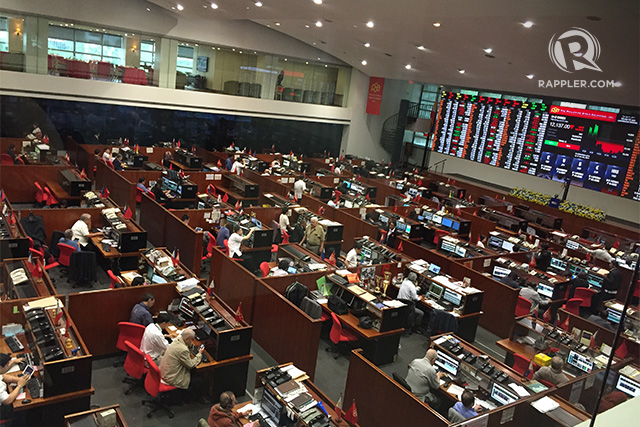 BDO, the Philippines’ largest lender, concluded its rights offering on Tuesday, January 31, raising P60 billion ($1.2 billion) through the sale of 716.4 million rights share at P83.75 each. It is one of the the largest common equity capital raising events in the Philippine market.

“I don’t know what they are thinking, but I can share what we’ve seen. They are borrowing more and investing more, so they are quite optimistic [about the Philippine economy],” BDO President Nestor Tan told reporters in a briefing in Makati City.

The BDO president said the offer was “fully subscribed” and led by major shareholder SM Group. “It saw strong participation from BDO’s domestic and international investors.”

In effect, this increases BDO’s Common Equity Tier 1 Capital, putting it in a better position to fulfill its medium-term growth objectives and making the most of the positive outlook on the country’s economy, which grew by 6.8% in 2016.

“This issue will likewise provide a comfortable buffer over higher capital requirements with the imposition of the Domestic Systemically Important Bank (DSIB) surcharge,” Tan said.

After the offering, the total issued and outstanding common shares of BDO is now at 4.37 million.

Indicative of expectations in infra activity 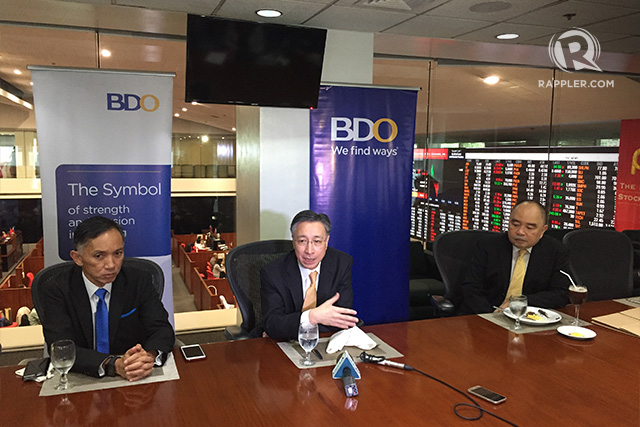 According to Tan, the size of the stock rights offering is “indicative” of BDO’s expectations in terms of infrastructure activity in the Philippines.

“If a project will be financed through ODA (official development assistance), there is nothing for us to lend to. It will be government to government. But that doesn’t mean banks will be out of the picture,” Tan said.

This was the BDO chief’s response when asked if the country’s inclination to ODA funding will temper banks’ financial growth.

“You have the project itself, you have contractors. It creates employment, then these people will require loans. While the project itself will be financed by other means, the banks are still there. There will be exports of steel, of cement, and others,” he added.

The Philippines had earlier submitted a total of 40 “large and small” infrastructure projects to China for possible loan financing and assistance in conducting feasibility studies.

Asked if it is open to partnering with Chinese banks in the future, Tan replied: “We are open with any bank to forge an MOU (memorandum of understanding) for the benefit of profitability. We are not limiting ourselves. It is an open market anyway.”

After the Sy-led bank’s stock rights offering, Tan said BDO’s single borrower’s limit is at P60 billion. “We can now lend up to P60 billion to a single entity.”

To keep up with demand, Tan said BDO is looking at opening as much as 70 branches this 2017, mostly outside Metro Manila.