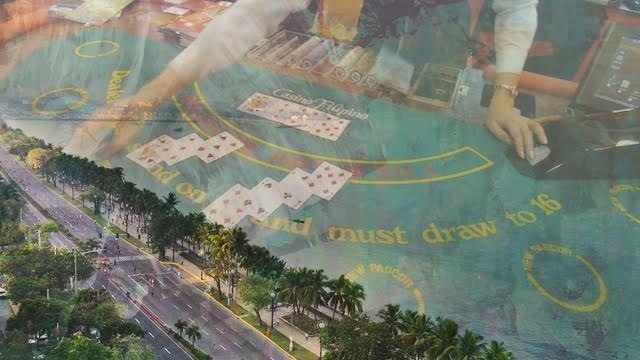 MANILA, Philippines – With the country’s crackdown on online gaming, the Philippines is turning to offshore gaming to make up for lost revenue. In fact, the rising number of companies engaged in this is driving the growth of the Metro Manila office rental sector, according to a property consultancy firm.

“The offshore gaming industry is expected to play an increased role in the growth of the Metro Manila office sector this 2017,” Colliers International Philippines said in a report.

This led to the closure of over 300 e-bingo and e-gaming outlets of PhilWeb Corporation, after Pagcor found that these were violating distance requirements from churches and schools. Offshore gaming companies operate via internet using a network and software to be offered exclusively to offshore authorized players who have registered and established an online gaming account.

Pagcor’s rules state that offshore gaming operations are exclusive only to foreigners aged over 21 years and based abroad.

Before the new POGO rules were issued, Filipinos residing abroad and foreign nationals staying in the country can play in licensed betting outlets.

According to Colliers, offshore gaming companies took more than 80,000 square meters (sqm) of the space available.

In 2016, demand from offshore gaming accounts comprised 9% of total lease transactions in Metro Manila – a significant increase from the handful of gaming deals recorded in the past two years.

Colliers said the area near the Manila Bay, or the Bay Area, was seen to be the preferred location of these gaming companies with 58% of the 81,000 sqm total transactions coming from here.

The Bay Area is roughly the area west of Roxas Boulevard, south of the Cultural Center of the Philippines complex.

With 35 gaming licenses issued by Pagcor and an average minimum space take-up of 10,000 sqm, Colliers said the industry could contribute to as much as 350,000 sqm of office space demand in 2017.

The property consultancy firm said the sustained demand from gaming companies for the Bay Area will likely keep vacancies there low, potentially pushing other locators to consider alternative areas like Quezon City and Alabang – or even provincial locations. Colliers said it has observed that these gaming companies usually “have liquid capital and prioritize securing space quickly rather than negotiating on the rates.” (READ: Amid soaring demand, Megaworld sees P20-B rental income by 2020)

This is expected to exert pressure on the rents in the Bay Area, but will also impact the other submarkets due to possible demand shift from other locators.

“This shift in the market to offshore gaming will push rental rates upwards in locations preferred by gaming companies, such as the Bay Area,” Andaya said.

“This will also spur demand in alternative locations such as Quezon City, Alabang, and possibly provincial sites,” he added. – Rappler.com