PAL cancels 100 flights in March due to radar maintenance

Feb 18, 2017 5:52 PM PHT
Aika Rey
Facebook Twitter Copy URL
Copied
The cancellation of flights comes after the Civil Aviation Authority of the Philippines ordered airlines to reduce flights in the first week of March due to a radar upgrade 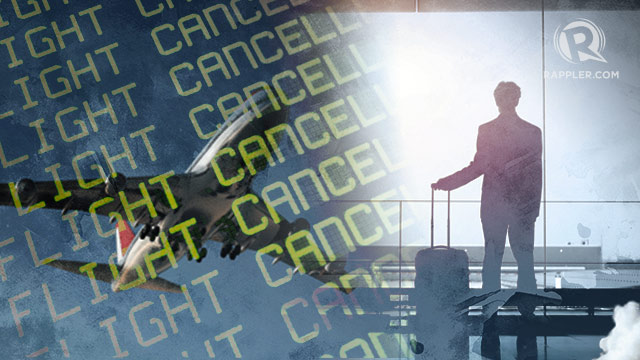 MANILA, Philippines – Philippine Airlines (PAL) has cancelled 100 flights from March 6 to 11 due to a radar maintenance and upgrade in Tagaytay City

In a statement released Saturday, February 18, PAL said affected passengers may choose among the following options:

The cancellation of flights came after the Civil Aviation Authority of the Philippines (CAAP) ordered airlines to reduce flights in the first week of March due to the radar upgrade.

The affected flights are the following (X = cancelled flight): 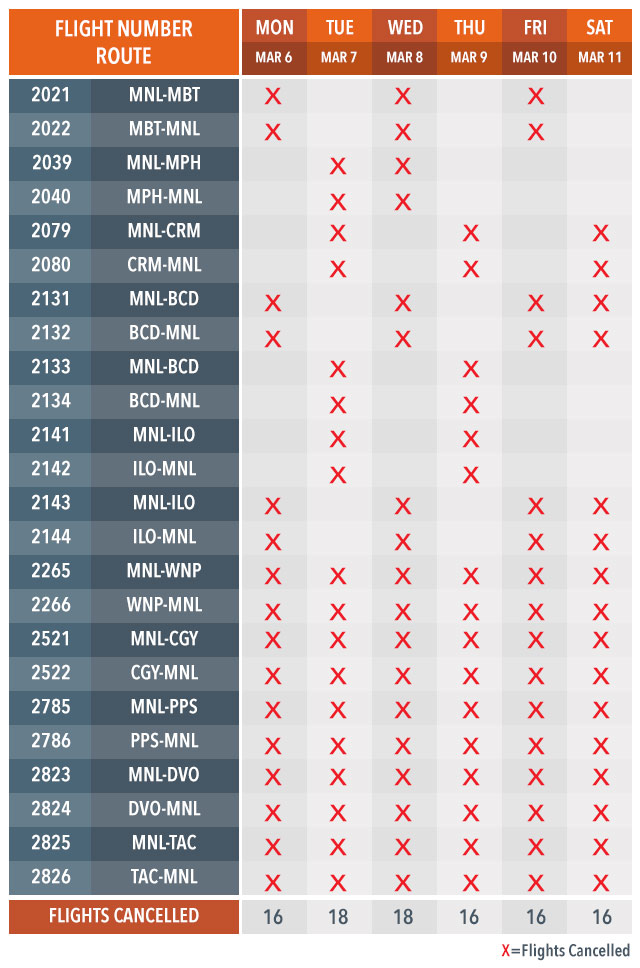 CAAP Deputy Director General for Operations Captain Manuel Antonio Tamayo announced in a press conference on Monday, February 13, that a reduction of aircraft movements is needed because of the radar shutdown.

This will leave Ninoy Aquino International Airport with two working radars, thus requiring aircraft movements to be reduced from 40 to 32 flights per hour.

“Without radar coverage, there will be longer spacing [between aircrafts]. Reduction of flights is for the safety of passengers,” he said.

According to Tamayo, radar maintenance should be done every 5 years. The Tagaytay radar has not been maintained since 2009.

The upgrade is part of the Department of Transportation’s installation of a new “world-class air traffic control system.”

The project was partly funded by the Japan International Cooperation Agency. It includes the establishment of a central traffic control complex housed in the CAAP office in Manila, and 10 radar sites covering the entire Philippine Flight Information Region.

The long-delayed project was approved during the term of then president Gloria Macapagal Arroyo but was not implemented. In May 2011, the Commission on Audit (COA) suspended the advance payment of P58.92 million for the new CNS/ATM Systems Development Project Package-I.

The COA later lifted the notice of disallowance and the notice against the advance payment of the transportation department for the project. – Rappler.com