Is it Filinvest vs Megawide again for Clark airport development? 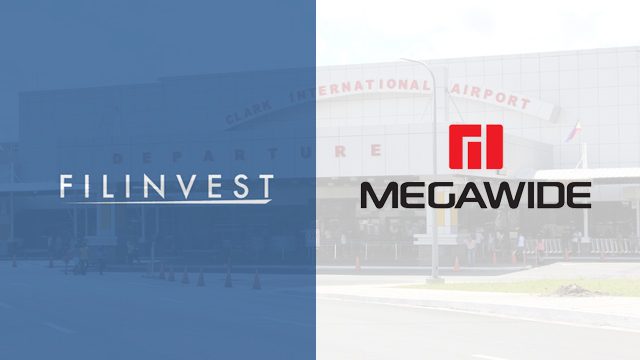 Facebook Twitter Copy URL
Copied
The Filinvest-JG Summit consortium has a P187-billion proposal. Megawide-GMR previously submitted a proposal that was 'discontinued,' but the DOTr says the project remains 'open for everyone.'

MANILA, Philippines – A consortium led by Gotianun-owned Filinvest group and the group of Megawide Construction Corporation could once again battle to develop and operate the Clark International Airport in Pampanga.

With a concession period of 50 years, Filinvest-JG Summit group submitted a proposal to improve the Clark airport’s facillities, boost its capacity in 5 phases to up to 36 million passengers per annum (mppa), as well as operate and maintain the airport, Lim told reporters on the sidelines of a forum in Makati City on Thursday, March 2.

Lim also revealed that the consortium of Megawide and GMR, the current operator of the Mactan-Cebu International Airport, submitted a similar proposal but it was “discontinued.” (READ: Filinvest wants top Cebu airport bidder disqualified)

“At the time [they proposed], Clark airport [development] was not available for unsolicited proposal. It was early on. They submitted around July,” Lim explained.

This is the 3rd time Filinvest and Megawide could battle for an infrastructure project. The Filinvest group lost to a consortium led by Megawide in the bidding for the Integrated Transport System (ITS)-Southwest project. (READ: Filinvest, Ayala battle for P4B ITS-South terminal project)

Megawide was sought for comment on whether it is going to resubmit its proposal, but it could not be reached as of press time.

Lim said that if Megawide wants to pursue the Clark airport development project, its group “has to submit again.”

“After all, it is open for everyone,” he added.

Lim also said the Department of Transportation (DOTr) wants to proceed with the project as soon as possible.

“We hope to complete assessment also this year. There’s a process. We also have to send it to the National Economic and Development Authority (NEDA) because NEDA is the one that looks at the details and macroperspective,” he said.

President Rodrigo Duterte on Tuesday, February 28, signed Executive Order (EO) No. 14 bringing back the Clark International Airport Corporation (CIAC) into the fold of the Bases Conversion and Development Authority (BCDA).

Duterte’s EO reverts the CIAC into a subsidiary of the BCDA, but maintains the DOTr’s supervisory function over the Clark International Airport on policies and operations. – Rappler.com