Who should be next BSP chief? Tetangco prefers ‘insider’ 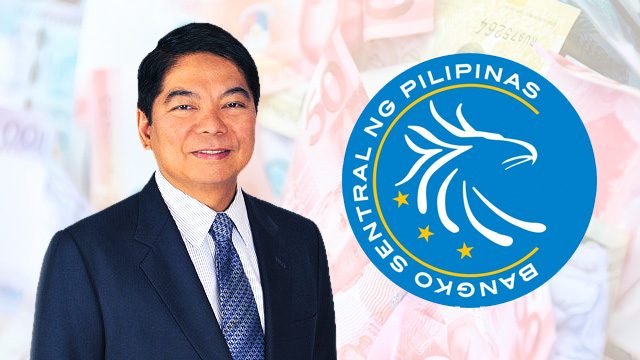 MANILA, Philippines – President Rodrigo Duterte is about to make one of his most important economic decisions soon: appointing a worthy captain who will oversee the nation’s money supply.

Amando Tetangco Jr has been governor of the Bangko Sentral ng Pilipinas (BSP) for nearly 12 years. His stint as BSP chief will end on July 2, 2017, maxing out the two 6-year term allowed by the law.

*The 64-year-old central banker was recognized as a grade-A central banker by New York-based Global Finance for 8 consecutive years. Only 9, including Tetangco, out of 75 central bank governors around the world have received such recognition.

During his term, the Philippines managed to survive both the global financial crisis in 2008 as well as the Asian financial crisis in 1997 and 1998. He and his entire office were able to narrow down the country’s overall debt while the exchange rate recovered immediately.

“That did not last very long as credit spreads soon narrowed and the peso actually recovered and experienced appreciation pressures particularly when capital started to flow into emerging markets including the Philippines,” Tetangco said before the Chamber of Thrift Banks Conference 2017 in Makati City on Tuesday, March 14.

Duterte had tasked Finance Secretary Carlos Dominguez III to convince the BSP chief to serve a 3rd term. The Philippine president would have the BSP Charter amended by Congress only to accommodate Tetangco.

Within 4 months’ time, Duterte will have to choose from an array of candidates, including two deputy governors and the president of East West Banking Corporation.

If it were up to him, Tetangco said the next BSP governor should be an “insider.”

“If you want a seamless transition in the BSP, the next governor should be one with central banking experience – an insider,” Tetangco said.

“An underlying factor there would be familiarity with the mandate and how to deliver on it, as well as the culture of the organization,” he added.

A couple of the candidates are Deputy Governors Diwa Guinigundo and Nestor Espenilla Jr.

EastWest President Antonio Moncupa Jr, on the other hand, was endorsed by the ruling Partido Demokratiko Pilipino-Lakas ng Bayan (PDP-Laban) to be the next BSP governor.

“As head of the BSP, you have to be familiar with primary objectives, which would be maintenance of price and financial stability conducive to a balanced and sustainable growth of the economy,” Tetangco said.

Other than being an insider, the current BSP chief said he wants his successor to be patient and knowledgeable in economics, monetary theory, and banking requirements.

“That’s one major requirement – a clear appreciation of the mandate and how to deliver on the mandate,” he said.

“The second is patience, because there will be many challenges. And sometimes, the results that you are looking for cannot be achieved quickly but you have to keep on trying. If you really believe that these are the reforms that are needed, then you have to pursue it and persever,” Tetangco said during the conference.

With 3 policy meetings left before Tetangco steps down, the BSP chief said he still needs to put in place “some reforms” and sharpen the central bank’s surveillance tools to keep up with Association of Southeast Asian Nations (ASEAN) integration.

Crafted by foreign policy makers, the Basel 3 regime is created to prevent a repeat of the 2008 global financial crisis. He also said he needs to safeguard inflation from the probability of another US interest hike this week.

“Aside from that, we need to continue to sharpen the surveillance tools of the BSP,” Tetangco said.

Tetangco said the BSP has to carefully monitor and assess the potential impact of ASEAN integration developments and see if there is a need for policy action to address any potential repercussions.

“Surveillance tools need to be further sharpened. We’ve been doing this for the past several years, we’ve set in place a number of early warning systems, indices to make sure we are able to capture the potential impact of external as well as local developments,” Tetangco said.

Tetangco said the Philippines survived the shocks of the crisis with the adoption of the inflation-targeting framework of monetary policy in 2002 and a flexible exchange rate. – Rappler.com

*The article previously said Tetangco is a Harvard graduate. He only attended a training program at the Harvard Business School.