Ayala Malls, Uber team up for carpool routes to and from The 30th 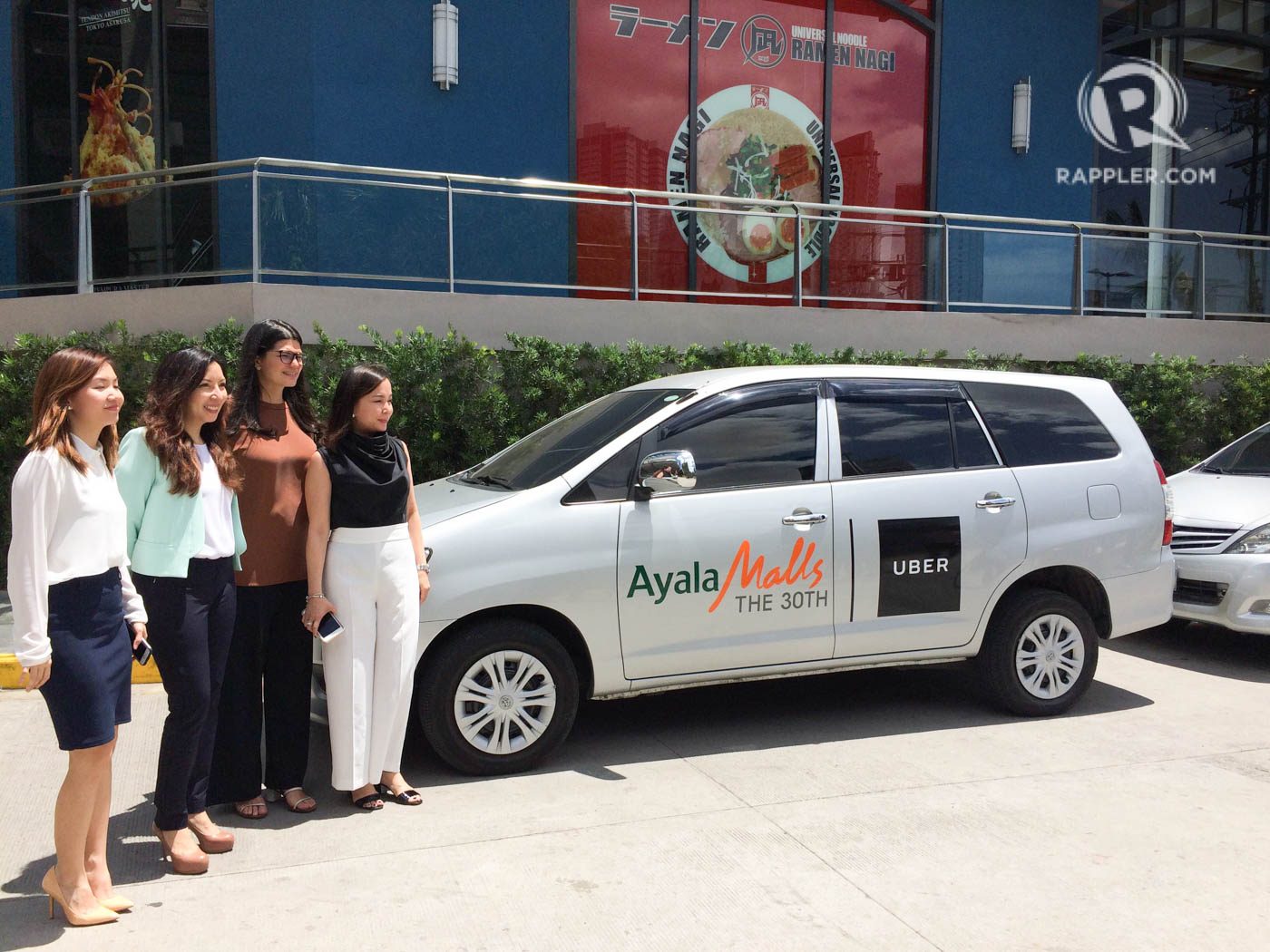 MANILA, Philippines – Ayala Malls teamed up with ride-sharing service Uber to improve access to its newest mall, with an eye on eventually expanding the service to the rest of the Ayala mall empire.

The initial partnership between the two firms involves Ayala Malls The 30th and uberHOP, a carpool service that lets riders heading in the same direction book and share a ride during rush hour at a fixed fare.

For a flat rate of P70, riders going to and coming from Ayala Malls The 30th in Ortigas will be linked to the business hubs of Makati City and Bonifacio Global City (BGC).

The service runs from 5 pm to 9 pm on weekdays and will ply the following routes:

“The beauty of this is that it brings 6 to 8 people together, people who would have otherwise taken their own cars from Makati and back, so that’s around 6 less cars on the road during rush hour, and we all know even just one additional car during rush hour is really more than we need,” said Uber Philippines communications head Cat Avelino at the announcement of the partnership on Monday, March 20.

The 3 routes are part of an initial test program that may eventually lead to uberHop and other services being incorporated into more Ayala malls in the future.

“Definitely we hope that this will be the first of many more partnerships with Ayala to come. Ayala has over 40 malls already in Metro Manila and around the Philippines so we’re definitely open to opportunities we can have to amplify and to extend the benefit that people get from ride-sharing,” Avelino said.

The partnership also ties in to Ayala’s Easy Ride project which aims to provide its customers with convenient access to multiple modes of public transportation to and from the malls.

“The real value-add of Uber is that they can direct where the drop-off and pick-up points are and that really helps with the flow and the customer experience of the mall as well as for our traffic,” said Ayala Malls The 30th general manager Mariana Zobel de Ayala.

“Regardless of demand number, it definitely adds to the experience of organizing our transporting public around the world so there’s a lot of positives to it,” she added.

Opened earlier this year, Ayala Malls The 30th is a departure from Ayala’s usually bigger offerings. In terms of leasable area, it offers just under 28,000 square meters (sqm) including the 2,000-sqm cinemas.

It is that smaller footprint which makes it ideal for testing out services and which the firm hopes will form part of its appeal.

“We spent a lot of time studying the Pasig and Ortigas market and we felt that we could have success with a format like this even with the residential density of the higher-end market here,” Zobel de Ayala said.

“What really differentiates us from our competition in the area is that the format is very different… When people come they feel they can get a lot done. They’re not just here to shop or to eat, they can go to the salon or supermarket, get clothing alterations as well as go to the cinemas. The size is more manageable, more consumable,” she added.

Ayala will be launching a similar mall to be called Ayala Malls Vertis this April – one of 11 malls scheduled for completion through to 2018. The firm’s capital expenditure for the next 3 years is pegged at P16 billion. – Rappler.com