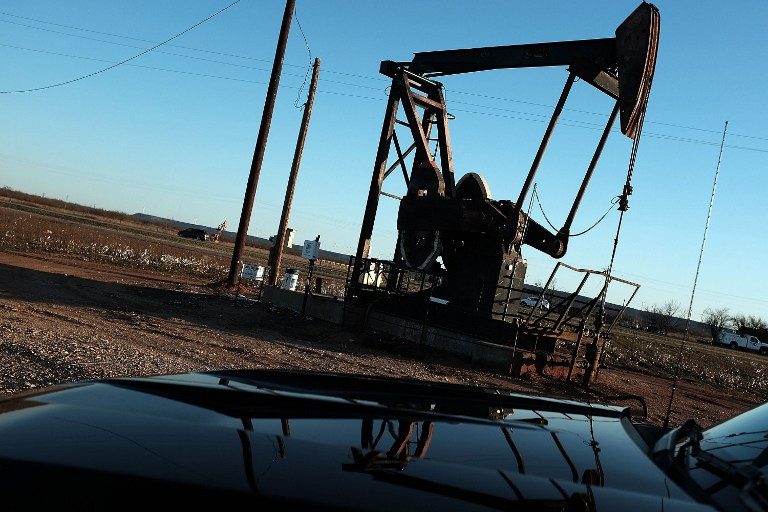 KUWAIT CITY, Kuwait – OPEC and non-OPEC producers said on Sunday, March 26, at a meeting in Kuwait they were looking into extending an output cuts deal aimed at stabilizing the market, as compliance with the milestone pact increases.

The cuts aim to reduce world oil supplies and boost prices that have slumped since mid-2014.

The Joint Ministerial Monitoring Committee “expressed its satisfaction with the progress made towards full conformity with the voluntary production adjustments and encouraged all participating countries to press on towards 100% conformity,” producers said after their day-long meeting.

The committee, formed by OPEC and non-OPEC members to oversee compliance with the deal to reduce output reached last year, also studied the possibility of extending the cuts for another 6-month period.

It said its technical committee, in coordination with the OPEC secretariat, should “review the oil market conditions” and report back at a committee meeting next month.

Participating producers had reached 94% compliance with the cuts in February, up 8% from January.

The Organization of Petroleum Exporting Countries in November agreed to cut output by 1.2 million barrels per day (bpd) from January 1, initially for a period of 6 months.

Non-OPEC producers led by Russia agreed in December to cut their own output to 558,000 bpd.

The meeting was attended by the oil ministers of Oman, Iraq, UAE, Venezuela, and Russia.

Bloomberg News reported that Venezuela, Oman, and Iraq voiced support in Kuwait for a rollover of the cuts beyond June.

Marzouk said the market could rebalance by the 3rd quarter of the year if OPEC and non-OPEC producers reached full compliance with the deal.

But the Kuwaiti minister also warned that crude oil stocks remained high and price volatility was on the rise.

After the output cuts went into effect in January, oil prices rose to above $55 a barrel before shedding some of the gains due to fears from high inventory levels.

But OPEC Secretary General Mohammad Sanusi Barkindo said he expected most of the glut to disappear in 3 months.

“We still believe that the full and timely implementation of the decisions taken last year will see destocking accelerate by the end of the first half of 2017,” Barkindo said in his speech.

OPEC and non-OPEC producers who signed up to the cuts are scheduled to hold a crucial meeting in late May to consider whether to extend the reductions. – Rappler.com