From 2 jets to 70: AirAsia returns to its Clark roots Facebook Twitter Copy URL
Copied
AirAsia flight Z2 100 arrives at Clark International Airport in Pampanga on March 28. The airline launches its expansion program from where it started half a decade ago

PAMPANGA, Philippines – Half a decade ago, Philippines AirAsia was a budding discount carrier, with only two aircraft at its operations base in Clark, Pampanga. Now, the “world’s best low-cost carrier” has returned to its roots with a goal of increasing its fleet to 70 jets.

As AirAsia flight Z2 100 from Kalibo, Aklan arrived at Clark International Airport in Pampanga on Monday, March 27, it might come as a surprise that it is not just plowing new ground, but also marking its return.

“We will be going back to Clark.” This was AirAsia Group chief Tony Fernandes’ promise in 2013 when his local unit moved its operations to the Ninoy Aquino International Airport (NAIA) 4 in Manila after its then-affiliate Zest Airways Incorporated suffered heavy losses.

It took a while, but Fernandes kept his word, with a plan to start Philippines AirAsia’s 15-year expansion strategy in Clark. 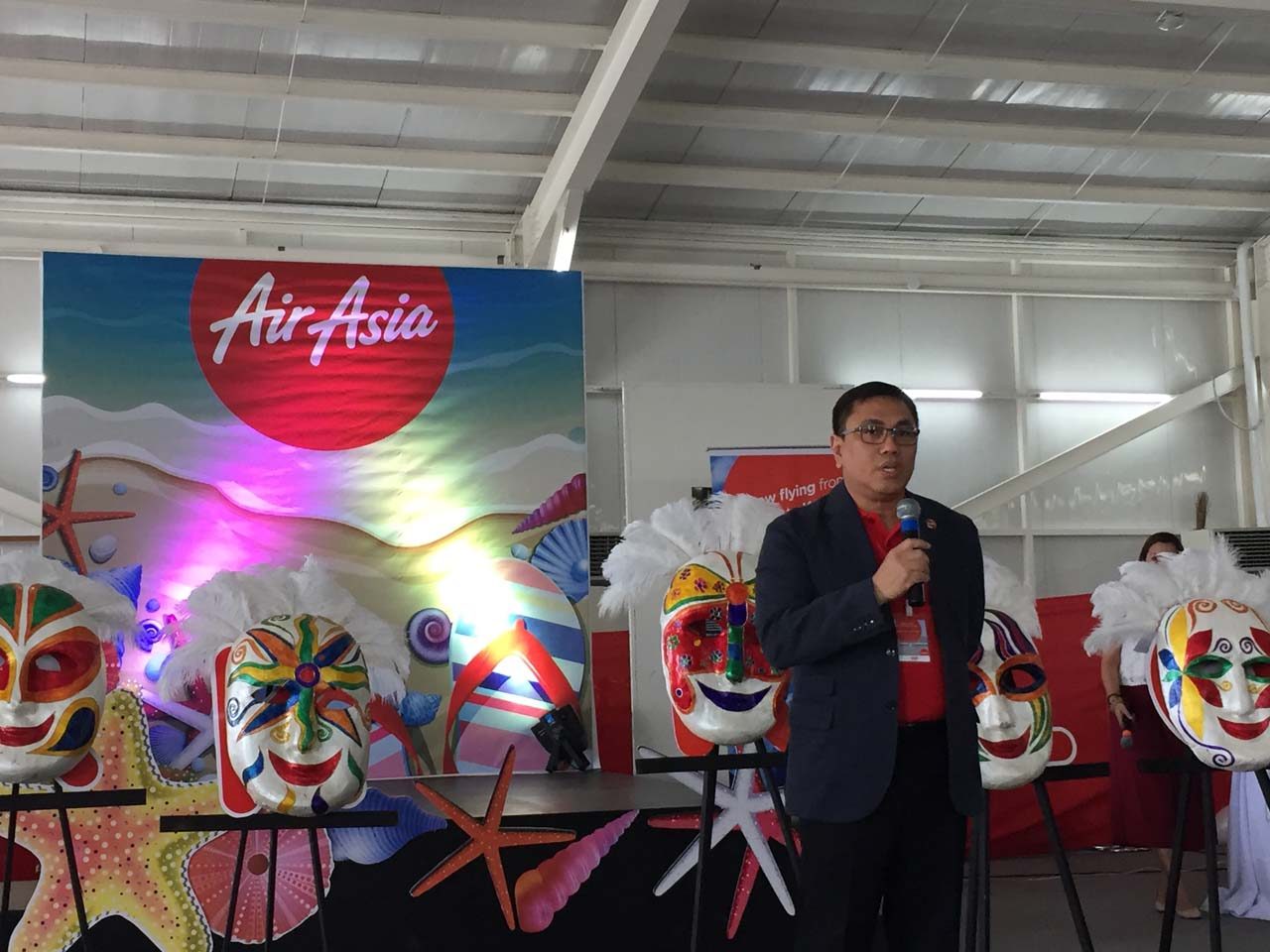 “We are an airline that started here. We lay low for a while after we bought Zest Airways. But now we are back, and it is here where we will expand. There is no space for expansion in Manila now,” Philippines AirAsia CEO Dexter Comendador told reporters on the sidelines of the launch of AirAsia’s maiden flight between Kalibo and Clark on Monday, March 27.

Aside from its 3 flights a week from Clark to Kalibo, the local budget carrier will also resume its Clark to Davao flights at 4 times a week on April 22, and add new flights to Davao, Puerto Princesa, and Bohol from Clark, according to Comendador.

For international routes, Philippines AirAsia is looking at connecting Clark International Airport to Taipei, Korea, and China, he said.

“We are thrilled to be painting Clark skies red again,” Comendador said. The local airline is planning to increase its fleet to 17 jets this year from the current 14 to accommodate its new operations.

“Our plan is that in the next 3 to 5 years, we should double the fleet. By the 15th year, we should have around 70 planes. It is time for Philippines AirAsia to face the competition,” Comendador said.

To fund the carrier’s expansion plan, Comendador said Philippines AirAsia is talking to some foreign banks to plan its initial public offering (IPO), which is expected this year. (READ: APEC 2015: AirAsia banks on Philippines after first airliner disaster)

“We are in talks with banks – foreign ones – for IPO,” Comendador said without confirming if the equity offering will be around $200 million, as initially reported.

The Philippines AirAsia chief said proceeds from the IPO would be used for aircraft acquisition and general expenses. Alexander Cauguiran, president of Clark International Airport, expressed support for Philippines AirAsia’s expansion plans in Clark: “We are waiting for your flights to major cities in Asia.”

To support the plans of Philippines AirAsia and other airlines to introduce more Clark flights, Cauguiran promised a new terminal at Clark International Airport that will accomodate the expected surge in passenger traffic.

“Give us a few more years and we will be having another terminal here at Clark airport,” he said during the event.

Cauguiran said Clark International Airport closed 2016 with “close to a billion passengers coming in and out of the airport.” – Rappler.com