12 ASEAN brands that have gone global

Apr 24, 2017 10:00 AM PHT
Facebook Twitter Copy URL
Copied
Some familiar brands in the Southeast Asian region are making their mark around the world MANILA, Philippines – Jollibee, San Miguel Beer, Potato Corner – these are some familiar homegrown brands for Filipinos. But these proudly Pinoy brands are fast becoming known in Southeast Asia, with some even venturing beyond the region and bringing their products to the global market.

Several brands from neighboring countries like Singapore and Malaysia are also making waves – from Grab, Malaysia’s ride-hailing service that rivals the US-based Uber, to Singapore bakery BreadTalk, with its signature open-plan kitchen that has established an international presence.

Rappler lists down some regional brands in Asia that are making their mark around the world. Grab – then known as GrabTaxi – was a gamechanger in the ride-hailing service industry when it first launched in 2012. Following in the success of the San Francisco-based Uber, the app makes it easy for passengers to hail taxis with just a few taps on their smartphones.

The idea for Grab came about following a conversation between co-founder Anthony Tan and an Indonesian friend about the difficulty of hailing taxis in Malaysia. Tan, then a student at Harvard, worked with fellow Malaysian classmate Tan Hooi Ling to create a business plan for what would soon be launched in Malaysia as MyTeksi.

The mobile app aimed to connect taxi drivers to passengers efficiently, making it easy for riders to get a ride and for drivers to be assured of their next passenger without aimlessly roaming around the city. (READ: GrabTaxi app: Answer to commuter woes)

Since its launch in Malaysia in June 2012, the app has launched in 6 more countries around the region: the Philippines, Singapore, Myanmar, Vietnam, Thailand, and Indonesia. Manila saw the app’s launch in August 2013; it has since expanded to include other Philippine cities such as Cebu, Davao, Iloilo, Bacolod, Baguio, and Cagayan de Oro.

Aside from booking taxis, the Grab app also offers booking of private cars, a ridesharing carpool service, and a motorcycle delivery service. Established in 1994, British India is a fashion label calling Malaysia – not Britain or India – as its home. It was founded by Pat Liew, who has more than 30 years of experience in the retail industry under her belt.

Upon launching, the colonial era-inspired fashion brand had a cheeky tagline: “Presenting British India. An era of racism, oppression, injustice and nice outfits.” Within months since its launch, the brand came out with 4 outlets in Malaysia and 4 in Singapore by the mid-1990s. The Singapore launch, Liew said, was a testbed for the brand’s readiness for a global presence.

Since its launch more than 20 years ago, the Malaysian brand has expanded into other countries in Asia, with more than 40 outlets in Malaysia, Singapore, Thailand, and the Philippines. 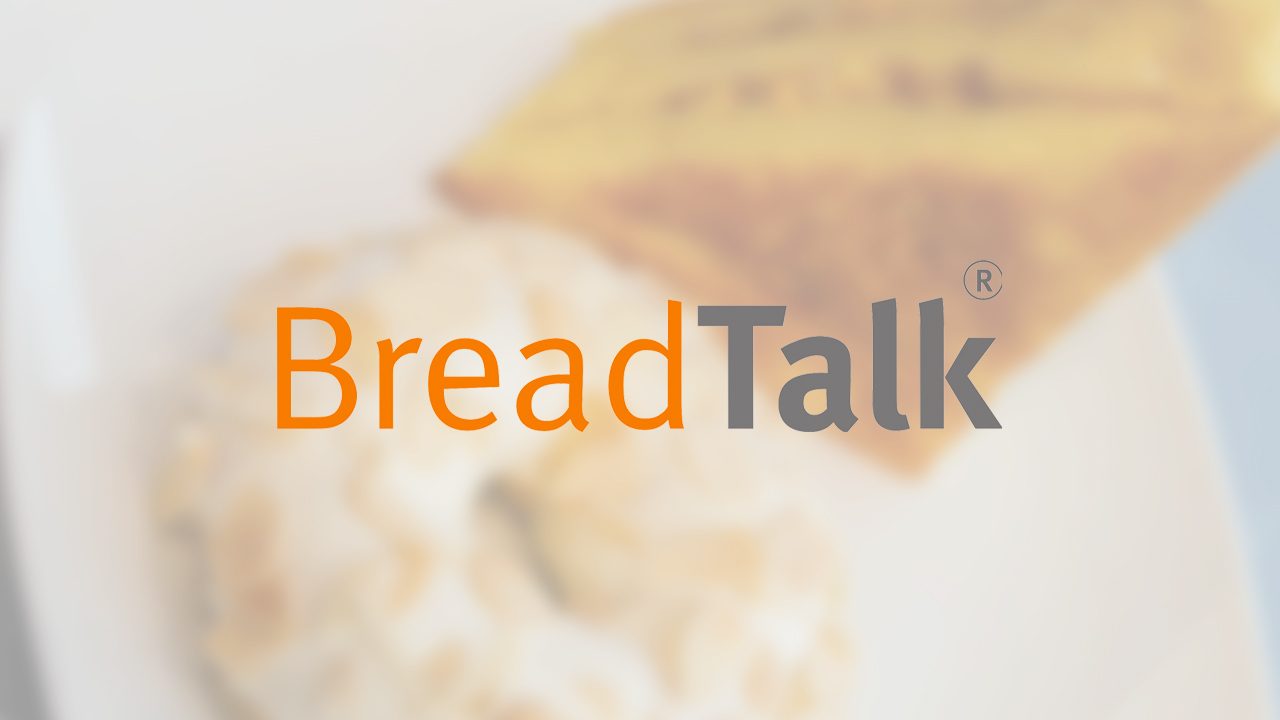 BreadTalk entered the Philippine market in 2004, opening its first branch at Glorietta 4 mall in Makati City and enticing customers with its unique open-plan kitchen that offered a glimpse of how the bread was made.

The Singapore-based brand was founded in April 2000, entering Singapore’s bakery industry with products that catered to traditional tastes as well as promoting and creating new varieties of bread. The bakery often has customized product offerings to fit the local flavors or preferences in their outlets in the region. They also launch new products to fit in with seasonal festivals and trends.

The company opened its first overseas outlet in Jakarta, Indonesia, in 2003. Since then, it has expanded to more than 900 outlets in 17 countries. Its brand portfolio also includes Toast Box, Food Republic, and Ramen Play. It manages the Singapore franchise of the Taiwanese restaurant Din Tai Fung as well. Luxury brand TWG Tea (which stands for The Wellbeing Group) was founded by Taha Bouqdib, Maranda Barnes, and Rith Aum-Stievenard in 2008, with Singapore as the launch base of the brand. The famous teashop, which brands itself as an upscale tea salon, offers more than 1,000 fine harvest teas and exclusive blends, as well as a variety of tea patisseries and delicacies.

The “1837” in the company’s branding doesn’t refer to the date it was established, but refers to the year when the Chamber of Commerce was founded in Singapore, when the island became a trading post for teas. Known for its flavored french fries, this homegrown brand has been in the industry for 24 years, with more than 500 branches in the Philippines and several more in the US, Indonesia, Malaysia, and Panama.

Potato Corner opened its first kiosk outlet back in 1992. Two years since it started business, the brand opened 70 outlets across the country. It opened its first overseas outlet in 2006 in Jakarta, Indonesia, and entered the US market in 2012.

By 2016, the brand had 800 stores and had begun operating in Thailand. Filipinos love Jollibee. And so does the rest of the world.

The fast food giant behind well-loved food products such as Chicken Joy and Yumburger traces its beginnings to 1975, when Filipino-Chinese founder Tony Tan Caktiong opened an ice cream shop in Cubao, Quezon City. The ice cream shop would later become Jollibee’s first outlet, and would become the bedrock of the company’s rapid expansion for years to come.

Jollibee boasts a presence of nearly 978 stores in the Philippines and 80 stores internationally to date. The company also operates other fast food chains including Chowking, Greenwich, Mang Inasal, and Red Ribbon.

Jollibee has established an international presence in Canada, the United States, Kuwait, Saudi Arabia, United Arab Emirates, Bahrain, Singapore, Vietnam, Hong Kong, Brunei, Oman, and Qatar. The group caters not only to Filipinos working overseas but also to locals, who form part of the snaking lines that greet Jollibee’s store openings outside the Philippines.

The company withstood the entrance of McDonald’s to the Philippine market in 1981 as it catered to distinct Filipino tastes, setting it apart from the international fast food giant. Tracing its beginnings to as early as 1954, Universal Robina Corporation (URC) was started by Filipino businessman John Gokongwei, who learned to do business as a trade importer during World War II and the postwar years.

The company started out as a corn mill under the name Universal Corn Products. This business would become the foundation for URC as it is known today – a household name in the snacks industry, agro-industrial operations, and commodities distribution.

URC products are distributed under the company’s brands including Jack ‘n Jill, Robina Farms, Robichem, and Universal Corn Products. The company offerings include snacks, beverages, meat and poultry products, and commodities like sugar and flour.

URC has expanded beyond the Philippines, distributing its products to countries such as Vietnam, Indonesia, Thailand, Malaysia, Singapore, Japan, China, the United States, Europe, and the Middle East. Established in 1890 as La Fabrica de Cerveza de San Miguel, San Miguel is Southeast Asia’s first brewery and the Philippines’ largest brewery to date. The Philippine brand is also part of one of the country’s largest conglomerates: San Miguel Corporation, which has businesses ranging from food, power, oil, and infrastructure to airlines, beverages, and packaging.

San Miguel has been under the control of prominent Filipino families such as the Zobel de Ayalas, Roxases, and Sorianos. It is currently largely owned and operated by Ramon Ang and Eduardo “Danding” Cojuangco Jr.

The company has manufacturing operations abroad, including in Hong Kong, China, and Australia.

San Miguel exports its beer to major markets around the world and is consistently part of the top 10 bestselling beer brands worldwide. Its brands include Red Horse, Golden Eagle, and the company’s namesake beer products such as household brands San Miguel Pale Pilsen and San Miguel Light. One of the Philippines’ oldest and largest conglomerates, the Ayala group has expanded its presence beyond the country, not only in the region but also globally.

Established in 1980 as a joint venture between Ayala Corporation and Resins Incorporated, its services cater to a number of industries including telecommunications infrastructure, consumer electronics, solar energy, automotives, medical machines, and storage devices.

The company recently marked its entrance into the aerospace industry and defense sector this year with its acquisition of STI Enterprises, a UK-based electronics manufacturing services company. The company was incorporated in 1958 as Central Philippine Milling Corporation by brothers Ramon and Vidal Aboitiz. In 1962, the company partnered with The Pillsbury Company of Minnesota, USA to establish operations in Mindanao. The company changed its name to Pilmico Food Corporation in 1990, upon the sale of all its shares to Aboitiz & Company.

In 2013, Pilmico started exporting its products to the ASEAN market, prompting it to establish operations in Indonesia and Vietnam. Founded by Chinese-Malaysian businessman Robert Kuok, Shangri-La Hotels and Resorts opened its first location in April 1971 in Singapore. Inspired by the legendary land found in the novel Lost Horizon by James Hilton, the Shangri-La group draws from the description of the land being an earthly paradise.

The group, now based in Hong Kong, operates 5-star luxury hotels and resorts in several locations and is famous for its world-renowned hospitality and services. According to its company website, the group’s brand portfolio includes Shangri-La, Kerry, and Hotel Jen and Traders branded properties.

Shangri-La Hotels and Resorts has a presence in Asia, the Middle East, Europe, North America, and the Indian Ocean islands, with over 40,000 rooms. The popular donut brand finds its roots in Indonesia, where it was established in 2005 by businessman Johnny Andrean. Known for its unique flavor offerings, the company opened its first outlet the same year.

In a little over 10 years, the company now operates over 214 stores in Indonesia and has expanded its presence to other countries including Malaysia, Hong Kong, Saudi Arabia, the Philippines, and Singapore.

J.Co’s donuts are known for their high quality toppings like matcha green tea, premium dark chocolate, and roasted almonds. The brand is also popular for its playful product names and has expanded into other offerings such as frozen yogurt, beverages, and sandwiches. – Rappler.com