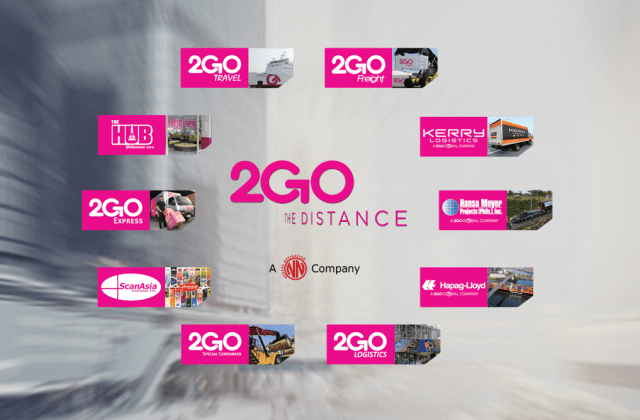 MANILA, Philippines – Before Sulficio Tagud Jr left 2GO Group Incorporated following over 6 years at the helm, he was able to sustain the financial growth of the listed company.

The management of 2GO attributed this performance to “sustained topline growth coupled with improved cost efficiencies.”

Its non-shipping revenues grew by 30% to P10.32 billion due mainly to increased service offerings and improved market share from its major accounts.

With its robust growth, the non-shipping business accounted for 54% of the total revenues, up from 48% in 2015.

Shipping revenues (Freight, Passage, Supercat, and Negrense) also increased by 6% to P8.96 billion in 2016 due to higher volumes as well as improved vessel turnaround for both large and medium-sized roll-on and roll-off passenger ships as well as freight vessels.

2GO’s total costs and expenses grew by only 15% to P16.74 billion on account of cost-efficiency measures and partly due to relatively low fuel prices during the year.

The announcement of 2GO’s 2016 financial results came after a shake-up in organizational and ownership structure of the company.

Davao-based businessman Dennis Uy was appointed as the new chief of 2GO last April 7, after Tagud retired both from the management and the board. (READ: Phoenix boss Dennis Uy replaces Tagud as head of 2GO) Uy serves as the chairman of Udenna Corporation, the parent firm of Phoenix Petroleum and Chelsea Logistics Corporation.

Udenna owns 31% of KGLI-NM Holdings Incorporated, which in turn, has a 60% stake in NENACO.

“We are committed to bring 2GO to new heights,” Uy had said in a statement. “We thank Mr Tagud for his contributions in making 2GO resilient and more stable than ever. We hope to continue guiding it to further growth and sustainability.”

Udenna entered the logistics sector as early as 2006 through Chelsea Shipping Corporation mainly to support the operations of Phoenix Petroleum. Chelsea Shipping has since grown into the country’s third largest in terms of gross tonnage in 2016.

Udenna is poised to further expand its footprint in the logistics sector with the planned consolidation of its stake in 2GO with its other shipping businesses under Chelsea Logistics.

“Aside from creating synergies among 2GO, our existing shipping operations and other businesses in other sectors, we look forward to expanding Chelsea Logistics to become the prime mover of goods and passengers in the Philippines,” Uy said.

2GO is the largest logistics provider in the Philippines with links to over 150 countries.