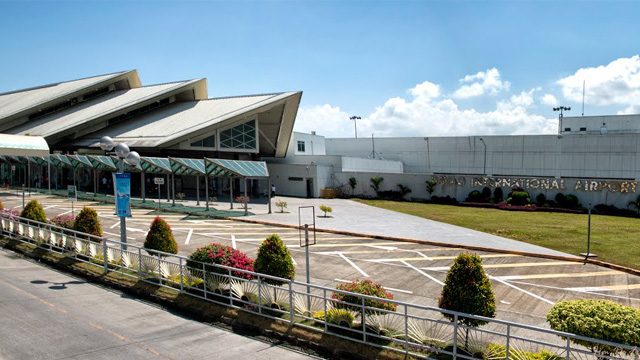 MANILA, Philippines – With investments still pouring into the hometown of President Rodrigo Duterte, the government is keen on scrapping the auction for the rehabilitation, operations, and maintenance of the Davao International Airport, which was initially pegged at P40.57 billion.

Transportation Secretary Arthur Tugade said the government is considering funding the rehabilitation of the airport in Davao City.

The airport was originally part of the Duterte administration’s first public-private partnership (PPP) venture: the operations, maintenance, and upgrade of unbundled regional airports, including those in Bacolod, Iloilo, Laguindingan, and Bohol.

(During the time when Davao was included in the group of 5 airports, Duterte was not the president yet. The economy was not as good as today. That is why I said, because of the new developments, we should carefully study if we really have to include Davao. It might be better if the government will handle the project because of the economic scenario in Davao.)

The 5 airport PPP deals – cumulatively worth some P108.9 billion – were previously rolled out under the administration of former president Benigno Aquino III. (READ: PH sticks to bundled plan for 5 airports)

For the Davao airport, Tugade said the Department of Transportation (DOTr) is moving toward the “hybrid direction,” meaning the government will handle the rehabilitation while the operations and maintenance will later be auctioned off.

“We are pursuing the likes of hybrid PPP for Davao,” Tugade said.

This route, however, seems to be unattractive for some prospective bidders of the regional airports.

While Metro Pacific Investments Corporation (MPIC) remains interested in the unbundled regional airports project, it voiced out difficulty with finding a foreign technical partner given the size of the smaller airports.

“Even if we are interested, if we don’t have partners for the smaller airports, then it will be impossible for us to participate,” MPIC president and chief executive officer Jose Maria Lim said on the sidelines of the event.

The French partner of MPIC, Aeroports de Paris, earlier backed out due to the weaker economic viability of smaller gateways.

If they push through with the bidding, MPIC and Aboitiz could battle with Asia’s Emerging Dragon, San Miguel Holdings Corporation, Filinvest Development Corporation, and Megawide Construction Corporation. – Rappler.com