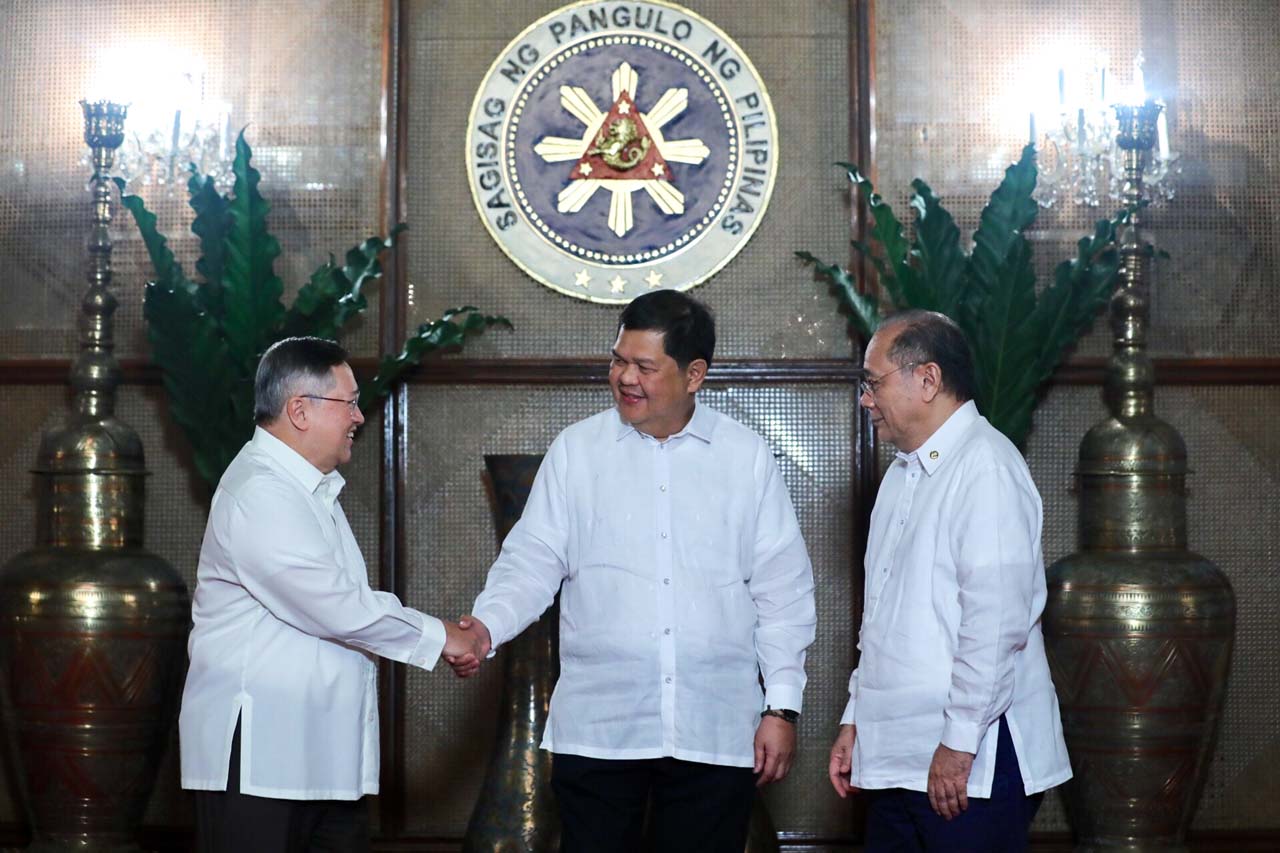 MANILA, Philippines – The quest for stability wins the day.

By choosing Nestor Espenilla Jr, a long-serving technocrat at the Bangko Sentral ng Pilipinas (BSP) as the incoming governor for the next 6 years, President Rodrigo Duterte has essentially prioritized smooth transition and policy continuity at a powerful but independent body. (READ: Duterte appoints Espenilla as BSP governor)

The decisions and actions of the BSP directly affect the country’s economic growth using tools that are political alternatives to taxing citizens.

Espenilla’s appointment means the BSP will continue to uphold the 3 pillars of central banking – price stability, financial stability, and a reliable and efficient system for payments and settlements. The Philippines needs to navigate uncertain and complicated global market challenges ahead.

Espenilla, 58, bested other known contenders, including another BSP deputy governor, Diwa Guinigundo, 62, who will be out of the running for the top post when Espenilla finishes his term in 2023. Currently in charge of monetary supervision, Guinigundo will be beyond the mandated retirement age of 65 by then.

Other names previously floated included Peter Favila, who was trade secretary during the Arroyo government and a former member of the Monetary Board, the BSP’s policy making body; and Antonio Moncupa Jr, president of EastWest Bank and policy advisor to the Duterte campaign team.

The position is considered the epitome of professional success among those in the banking and financial services circles.

Espenilla – the deputy governor for banking supervision and regulation – will take over the reins of the BSP from Amando Tetangco Jr in July. This is only the 2nd time in the BSP’s history that an “insider” clinched the top job.

The incoming chief has big shoes to fill. Tetangco, who has been with the BSP for about 43 years, is an acclaimed world-class central banker. Various organizations, including The Banker, Emerging Markets, and Global Finance, have recognized him for building the BSP a reputation as one of the finest central banks in the world.

Among Tetangco’s stellar accomplishments was his expert steering of the economy through a difficult monetary landscape, punctuated by currency fluctuations and inflationary pressures that became a full-blown global recession. Under his watch, inflation was tamed to less than 4% the past decade, which paved the way for a record-low benchmark interest rate.

Amid investor worries about Duterte’s war on drugs, Tetangco was considered a symbol of stability. Thus, the choice of who would take on Tetangco’s post up to 2023 was much touted as one of the most important appointments Duterte would make. 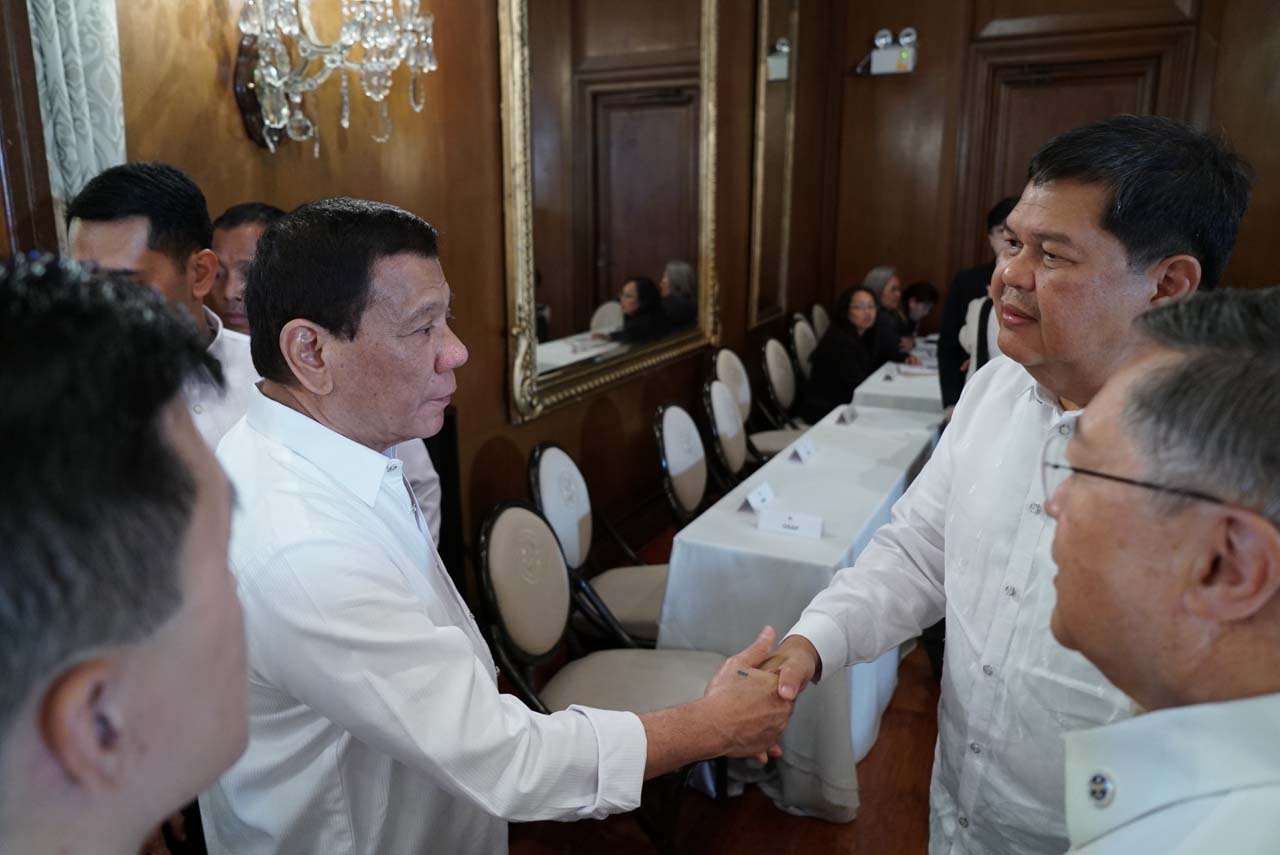 Tetangco’s two-term appointment at the BSP has been unprecedented. And for all those 12 years, Espenilla has been among the wind beneath the captain’s wings.

The trio spent a chunk of their adult life in the central bank: Tetangco, about 43 years; Guinigundo, almost 40 years, and; Espenilla, 36 years.

Guinigundo has had more media exposure for being the go-to official for explanations of the BSP’s policy moves or positions on different economic issues. The low-key and soft-spoken Espenilla, however, is the workhorse.

“Nesting,” as he is fondly called by friends and family, has been behind the BSP’s regulatory moves with regards to the whole banking system. Playing the “bad cop” whenever the BSP is dealing with banks found to have been violating regulations has earned him either the ire of some bankers, or respect from others in related fields.

Among his finest hours was getting the BSP to finally close Banco Filipino, a mid-sized Aguirre family-controlled bank that had been dangling legal threats against the regulators if no emergency loans were granted it. When Espenilla’s team found evidence of depositors’ money leaking into entities controlled by the owners and officers, the Monetary Board ordered Banco Filipino closed in 2011.

Espenilla received a mouthful from Perfecto Yasay Jr, then Banco Filipino’s vice chairman who would reappear years later as Duterte’s foreign secretary for less than a year. Yasay was among the names being floated early on to be the next BSP governor. The government-owned deposit insurance eventually filed syndicated estafa charges against the owners and officers of the bank.

Espenilla was also instrumental in the closure of and eventual cases filed against the owners and officers of LBC Development Bank, owned by members of the influential Araneta family.

He was not spared from intimidation and threats also from Roberto Ongpin. The Marcos-era trade secretary, who is among the country’s richest men, pursued him relentlessly in media and via legal cases. Espenilla then chaired the Anti-Money Laundering Council (in behalf of Tetangco) that ordered the freezing of Ongpin’s and his companies’ bank accounts. The issue stemmed from the alleged irregularities of Ongpin’s 2009 purchase of Philex Mining shares from a government-controlled bank.

Most recent proof of Espenilla’s bravery and boldness was the slapping of a bigger-than-usual P1 billion fine on Rizal Commercial Banking Corp (RCBC). The universal bank controlled by one of the country’s richest families, the Yuchengcos, was found by the BSP and the Anti-Money Laundering Council to have been remiss in a bank heist that allowed $81-million funds of the Bangladesh central bank to enter and leak out of the Philippine banking system.

Espenilla is a regular at the Senate when there are investigations involving bank transactions, as well as anti-money laundering and bank secrecy issues. He has been deliberate in his responses, and respectful even to senators who wanted to find fault in the BSP’s decisions. Senator Enrile has been among them.

His boldness in going after mismanaged banks, coupled with his understanding of every nook and cranny of the BSP, helped stabilize the banking system.

He took to heart hard lessons from the local and international crises the past decades: the collapse of confidence and credit ratings from international financial institutions, ballooning deficits and foreign exchange controls in the 1980s, and the Asian financial crisis in the 1990s.

Thus, he advocated for ambitious financial market structural reforms, including raising minimum capital requirement to mandate banks to beef up their balance sheets or consolidate. He also moved to further ease foreign exchange rules to reduce the number of black market trades.

Recently, he pushed for the phased exit of high reserve requirements for banks, and lined up reforms on rules that cover derivatives to promote investing among Filipinos while the industry players improve their overall risk management.

This makes him among the elite few in the world to have the skills and vast experience to manage a modern central bank: monetary policy, banking supervision, financial regulation, payments system oversight, capital markets development, currency management, consumer protection, and financial inclusion advocacy.

These and the monetary policy maneuvers by the BSP, which accompanied fiscal reforms by the political leaders, helped the Philippines transform from being the “Sick Man of Asia” into one of the fastest growing economies in the world. In 2016, the Philippines grew a stunning 6.9%.

During this period, the country was hit by the impact of Senator Benigno Aquino Jr’s assassination and the Latin American financial crisis that forced the Philippines to declare a moratorium on the payment of its foreign debt.

As the economy dipped, recovered, and soared, Espenilla steadily rose through the BSP ranks, earning his stripes in economic research and international operations, before he was appointed deputy governor in 2005.

Among the advocacies he is most excited about is preparing the foundations for a more inclusive banking and financial system. The goal is to reach and provide financial services to micro, small, and medium enterprises and low-income individuals in unbanked and underbanked rural areas.

He is also the brains and cheerleader behind the National Retail Payment System (NRPS), a framework meant to set up the foundation for the gradual shift from cash and check-based payments to electronic schemes. The aim is to improve efficiency of transactions among and between banks, as well as other entities that provide financial or payment services, including mobile phone, transport, and financial technology or “fintech” companies.

These have earned him international recognition as a Filipino expert in these emerging policy areas.

Aside from being the country’s chief monetary regulator, Espenilla will also chair the Monetary Board and the Anti-Money Laundering Council. He will represent the Philippines as its Governor in the International Monetary Fund and as Alternate Governor in both the World Bank and the Asian Development Bank.

Potential rough seas are ahead for Espenilla. He needs to navigate the interest rate hikes in the United States, a move other countries may echo to keep up. These are expected to go hand-in-hand with volatile capital flows and low commodity prices. Already, the peso has traded near levels unseen in a decade.

The threat of protectionism spreading all over is another. Potential impact on the Philippines’ and other peer countries’ trade and overseas workers’ remittances will have to be monitored closely and proactively.

Espenilla’s capability to hit the ground running on Day One, and his understanding of the dynamics and interlinkages of the domestic and global issues, will come in handy. – Rappler.com