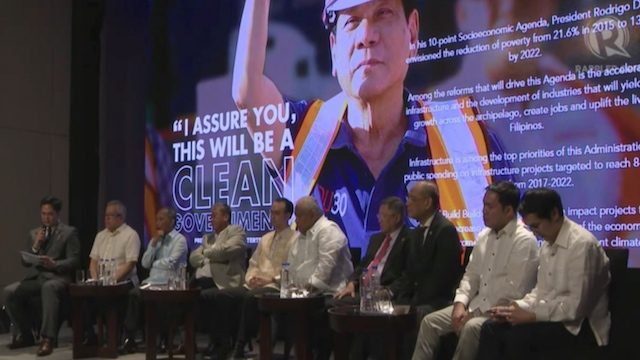 Facebook Twitter Copy URL
Copied
The Duterte administration's 'Build, Build, Build' program has yet to break ground and lift the economy, leaving the private sector to fill the void

MANILA, Philippines – The government’s much trumpeted “Build, Build, Build” infrastructure push has yet to materialize, which has led in part to disappointing growth at the start of 2017 despite the private sector playing its part.

Funds were allocated, with the government’s expenditures for infrastructure and other capital outlays growing by 12.2% to P117.5 billion in Q1 based on the latest data from the Department of Budget and Management.

There is a difference, however, between making the money available and it being spent to create the actual projects, as Socioeconomic Planning Secretary Ernesto Pernia pointed out during the release of the GDP figures.

“New projects haven’t broken ground yet. Groundbreaking on projects is when the impact of the spending will be felt by the economy and by people,” he added.

On the expenditure side, investment in construction increased by 9.9% for Q1, again slower compared to the 15.1% seen in Q1 last year.

Public construction investments grew by only 2.0% in the first 3 months of this year compared to the 38.5% growth seen in the same period in 2016.

National Statistician Lisa Bersales, for her part, noted that “the big decrease in construction came from local government units, which was down by 25.2%.”

NEDA attributed the drop in Q1 to the loss of election-related spending from last year coupled with the expected infrastructure push not yet kicking in.

It also pointed out that much of the groundbreaking of the administration’s planned big-ticket infrastructure projects in the pipeline such as the refurbishment of Clark International Airport would happen toward the end of the year or next year.

In the meantime, Pernia said, construction would still be constant this year and would include some of the green-lighted projects of the past administration.

Much of that construction will be done by the private sector which, according to the PSA, accounted for 81.6% of the total investment in construction for Q1.That growth was also 11.9% faster compared to the 10.5% seen last year.

“Private construction is going on, the conglomerates are building malls, condominiums, and [they are] also involved in infrastructure projects,” Pernia noted.

The Manuel Pangilinan-led Metro Pacific, for example, will break ground on the P55.9-billion Cavite-Laguna Expressway (CALAX) and the P11.7-billion Manila-Cavite Expressway (Cavitex) C-5 South Link projects next month as part of its planned P153-billion infrastructure program.

Ramon Ang-led San Miguel Corporation (SMC) is currently constructing the Metro Rail Transit Line 7 (MRT7) and has signed an agreement with the government for the P554-billion expansion of its existing Skyway and other toll road networks.

Another Ang-led firm, Petron Corporation, has partnered with two foreign firms to start building a new oil refinery that could potentially cost P993.95 billion by 2018.

Ayala Corporation, for its part, is set on a P185-billion capital expenditure program this year, P88 million of which will go to property arm Ayala Land Incorporated (ALI) for the launch of 3 new estates as well as 6 new malls.

Ayala and SM also recently teamed up for the P20-billion C3 Elevated Expressway (C3EX), an unsolicited infrastructure bid that the government is reviewing. 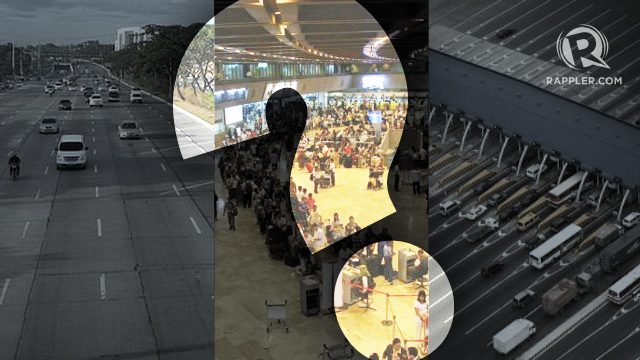 The unsolicited bid comes at a time when the government is looking to shift its strategy for big-ticket infrastructure.

From a predominantly public-private partnership (PPP) model employed by the Aquino administration, the Duterte administration is planning on building the projects itself through Official Development Assistance (ODA).

The crux behind the move, as Finance Secretary Carlos Dominguez III pointed out recently, is to speed up the deployment of infrastructure projects. The average time for a PPP project to break ground, according to him, is 9 months.

Dominguez, however, did note that the private sector would still have a big role to play in the push.

While it remains to be seen whether this new approach will indeed speed things up, the Q1 GDP shows that, for now at least, it’s still the private sector that’s doing the most of the heavy lifting. – Rappler.com