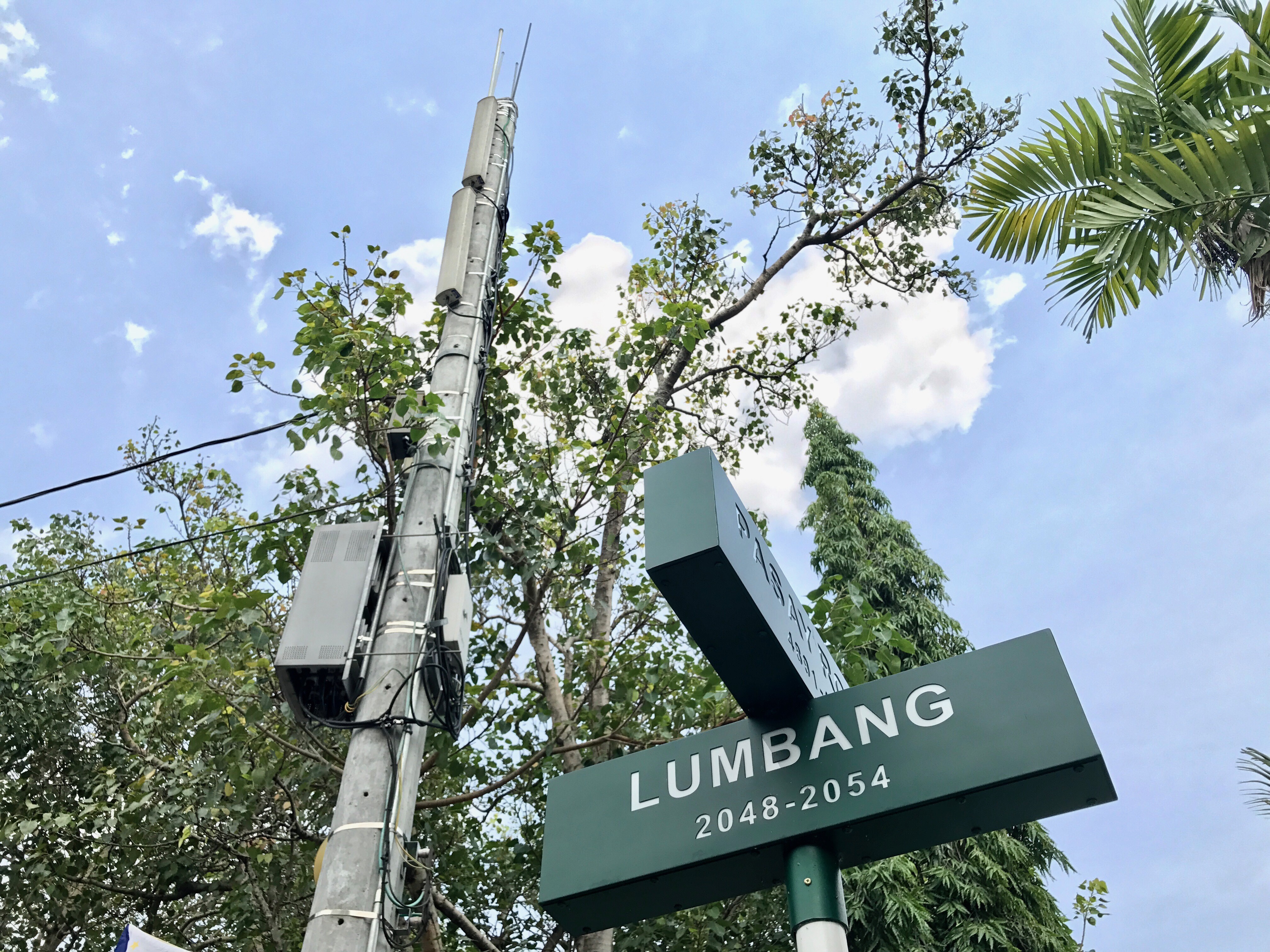 MANILA, Philippines – The ongoing feud between Ayala-led Globe Telecom and posh Dasmariñas Village in Makati City has reached the courts.

Globe on Tuesday, June 27, announced it sued Dasmariñas resident Betty Aw for moral damages amounting to P5 million. Aw, according to Globe, blocked the construction of cell sites and prevented the telco from improving its mobile services within the exclusive subdivision.

Aside from moral damages, Globe is also claiming exemplary damages of P500,000 plus attorneys’ fees.

Aw is a member of Dasma Acts, a group of Dasmariñas homeowners opposed to the telco putting up an outdoor distributed antenna system (ODAS) within the village.

The group held a press conference on Monday, June 26, accusing the Dasmariñas Village Association (DVA) of violating Republic Act 9904 or the Magna Carta for Homeowners and Homeowners’ Associations when it let Globe lease their subdivision streets to set up the ODAS for P4 million every year without their “written consent.” (READ: Dasmariñas Village residents quarrel over Globe cell sites)

In a statement on Tuesday, Globe said that prior to the installation and operation of its ODAS in Dasmariñas, it sent a letter to DVA president Bernie Lichaytoo expressing its proposal to install and establish an ODAS in the village.

The telco noted that when DVA scheduled the company’s request for a referendum to obtain the necessary vote approving the ODAS, Aw, “with manifest intention to prevent the referendum from taking place, started to spread rumors in the neighborhood, making unsubstantiated statements about the health risk brought about by the radiation emitted by telecommunications antennas.”

Globe further pointed out that Aw “distributed materials containing false information against the officers of DVA, Globe and even handed a prepared but unaccomplished undertaking or affidavit with a strong request for homeowners to sign and say they are against the construction and installation of ODAS in the subdivision and coaxed homeowners and residents to stage rallies against Globe and oppose installation of ODAS facilities.”

The firm said the materials Aw distributed set aside a measurement survey done by the Center for Device Regulation, Radiation Health and Research, which concluded that Globe’s ODAS does not exceed the safety limit.

“The actuations of Aw in circulating false and unsubstantiated information regarding the installation and operation of the company’s ODAS is a clear abuse of her right as she did not act with justice [or] gave Globe, the DVA and its officers as well as homeowners and residents their due. Neither did she observe honesty and good faith,” Globe said.

Aw, the telco added, acted “irresponsibly in failing to verify the truth of the nature and effects of the operation of telecommunication facilities and ODAS prior to making unfounded statements regarding radiation being emitted by telecommunications antennas and spreading the same in the community as gospel truth as to sow fear, and thus, unduly preventing the installation and operation of the company’s ODAS to the prejudice of homeowners and residents in Dasmariñas Village.”

“The malicious and false rumors were made by Ms. Aw with no other intention than to tarnish the good image of Globe. Since defendant made the statements and circulated the same in the village, the company has been receiving queries and angry calls from the homeowners and residents, government officials and influential businessmen,” Globe concluded.

Globe has had difficulty securing permits to install ODAS facilities in exclusive villages for some time now.

The telco insists that opening up subdivisions to such systems will help improve the reliability of its service.

Globe has also taken the step of releasing an open letter to residents of posh villages in Metro Manila in a bid to explain its side. – Rappler.com