Dec 9, 2012 12:28 PM PHT
Rappler.com
Facebook Twitter Copy URL
Copied
The Department of Finance (DOF) is in a race against time to help pass the fiscal incentives measure and the legislation of the mining revenue sharing scheme in 2013.

MANILA, Philippines – The Philippines is in a race against time to pass the fiscal incentives (FI) bill, one of the priority revenue measures of the Aquino administration.

If the bill is not passed before the 2013 mid-term polls, Finance Assistant Secretary Ma. Teresa Habitan said the government will have to go back to square one. The bill seeks to rationalize fiscal incentives given investors to shore up additional revenues for government.

“The FI bill is still at committee level in the Senate. I don’t think it will be tabled again before the Christmas break,” Habitan said, adding that it is likely to be tackled in 2013 instead.

However, Habitan expressed hopes that the bill will be taken up before next year’s elections. “We will be back to square one if that doesn’t happen,” she said.

The Finance department pushed to have both the sin tax and the fiscal incentives measures approved in 2012, but faced uphill battles in Congress.

The sin tax measure, however, is now being discussed by the bicameral conference committee, which is reconciling the versions approved by the House of Representatives and the Senate.

How about mining bill?

Finance Undersecretary Jeremias Paul Jr. said in a separate interview on the sidelines of a recent Senate hearing said that the Aquino administration will also work to push for the passage of the mining reform bill.

The bill will, among others, set a new revenue-sharing scheme between the government and the mining industry.

The new scheme is one of the most contentious issues in Executive Order 79, which provides general guidelines on mining in the Philippines. 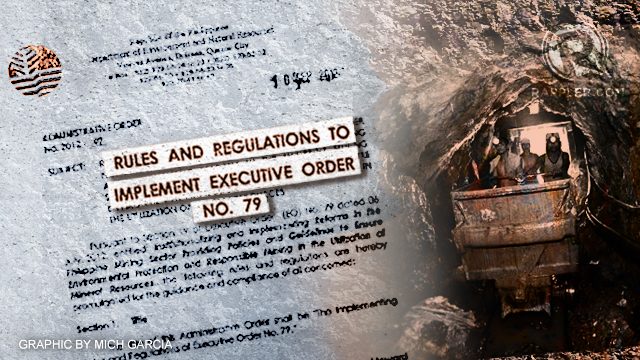 The Mining Industry Coordinating Council earlier said it is already studying two options for a new revenue-sharing arrangement between the government and mining firms.

It said it will recommend taxing mining firms based on either gross margin or gross revenue. It said this scheme will be simpler and easier to implement than the current method of taxing firms based on the type of mining contract.

Finance Secretary Cesar Purisima, for his part, said he wants a scheme that will mirror the tax system for the Malampaya deep water-to-gas project.

The Malampaya project is spearheaded by the Department of Energy and developed and operated by Shell Philippines Exploration B.V., with joint venture partners Chevron Malampaya LLC and the Philippine National Oil Company Exploration Corp.

Under the service contract agreement, 70% of the gross proceeds from the sale of natural gas will go to the contractor to cover the investment cost.

The remaining 30% will be shared by the government and the consortium on a 60-40 basis, respectively. Once the contractor recovers its investments, the 30% share would then increase, allowing the government to gain from the petroleum project.

In 2011, the Malampaya consortium turned over $1.1 billion to the government. – Rappler.com