6 rights you have as an airline passenger

Dec 10, 2012 6:56 PM PHT
Aya Lowe
Facebook Twitter Copy URL
Copied
As an airline passenger, these are the key things you need to know MANILA, Philippines – The Air Passenger Bill of Rights is out and will take effect December 21.

As an airline passenger, these are the key things you need to know: If your checked-in baggage were offloaded from the flight you’re in due to “operational, safety, or security reasons,” the airline has to inform you ASAP, give you a report, and ensure that your offloaded baggage is carried in the next flight with available space.

The airline should deliver the baggage to you within an hour from the time the flight carrying your baggage arrives at your destination. The airline must pay you P2,000 for every 24 hours that your baggage is delayed. A fraction of a day shall be considered as one day. 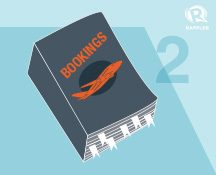 An airline is allowed to overbook a flight — an industry practice of selling more than the seats the aircraft has, based on demand-supply for a specific flight — as long as the passengers who are bumped off do so voluntarily.

If you volunteer to choose a different flight, the airline will offer you compensation in the form of amenities or cash incentives. All airlines have to outline their limitations and restrictions in both English and Filipino.

When advertising promotions, along with disclosing refund and rebooking policies, baggage allowance policies, government taxes and surcharges, other mandatory fees and charges, the airlines also have to include the number of seats offered. If you arrive within the designated check-in area at least one hour before the flight’s published time of departure, you will not be considered late and the carrier is obliged to make sure you are checked in within the deadline. 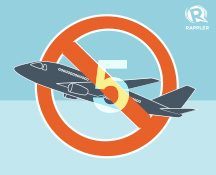 If your flight is cancelled, you have to be notified beforehand via public announcement or written notice such as through a text message.

If an air carrier cancels the flight because of force majeure, safety or security reasons the passenger shall have the right to be reimbursed for the full value of the fare. In the case of delayed departures, airlines are required to provide free food, drinks, Internet access, phone use and, in extreme circumstances, hotel lodging until the flight departs.

Your flight is considered cancelled if it is delayed at least 6 hours after the original departure time. You have the right to be compensated accordingly. – Rappler.com