How the Sy family and Dennis Uy became business partners Facebook Twitter Copy URL
Copied
Davao-based businessman Dennis Uy has earned the trust of the Philippines' richest family, the Sys, who backed him in his foray into shipping and logistics

MANILA, Philippines – How did Dennis Uy, a businessman from Davao and President Rodrigo Duterte’s staunch supporter and friend, become a partner of the country’s richest family, the Sys?

Their partnership was over a decade in the making, culminating in the Sy family’s holding firm SM Investments Corporation’s announcement in April 2017 of their entry into logistics firm 2GO Group Incorporated.

The Sys allied themselves with Uy, who was working to wrest control of the logistics firm from its previous owners in late 2016.

The Sys, whose patriarch is the only Filipino in Forbes’ list of top 100 world billionaires, spent $124.5 million for a 34.5% stake in 2GO that they wanted Uy to run.

The link between the two business groups had its roots in a bank branch in Davao, Uy’s hometown.

Uy and his family transact their banking requirements at the Davao branch of PCI Bank, which eventually became Equitable PCI Bank after a 2006 merger.

The Uys have roots in Tagum City and are prominent in the Davao region’s local business and political circles. The Uys’ relatives have stakes in mining, supermarket, car dealerships, and other businesses, mostly in Davao. Uy eventually set out on his own.

“That time, Equitable PCI was our main banker. The branch manager was introduced to me by my parents since they were already comfortable doing busines in that branch,” narrated Uy. If he needed a credit line for his petroleum business, however, Uy still needed to put up collateral.

In 2006, the Sys acquired control of Equitable PCI Bank and merged it with their existing BDO Unibank in an aggressive bid to control the country’s biggest bank.

Uy, on the other hand, was in the thick of preparations for the 2007 listing of his independent oil retailer, Phoenix Petroleum Philippines Incorporated, in the Philippine Stock Exchange. He was also spinning off the shipping and logistics ventures into Chelsea Logistics Holdings Corporation.

After the dust settled in the BDO and Equitable PCI Bank merger, Jesus Jacinto, the vice chairman of BDO Unibank Incorporated, paid Uy a visit in Davao. It was Uy’s first indirect link to the Sys.

“Jacinto visited me in 2006 – among all his clients – then I presented to him my Phoenix business plan on going public. He gave me a P100-million clean credit line to help my petroleum business,” Uy said, stressing that BDO became the first bank to lend to him without asking for collateral.

That vote of confidence was memorable to Uy, who said that most big banks had snubbed him in the past since he was perceived as an unknown small player from the province. 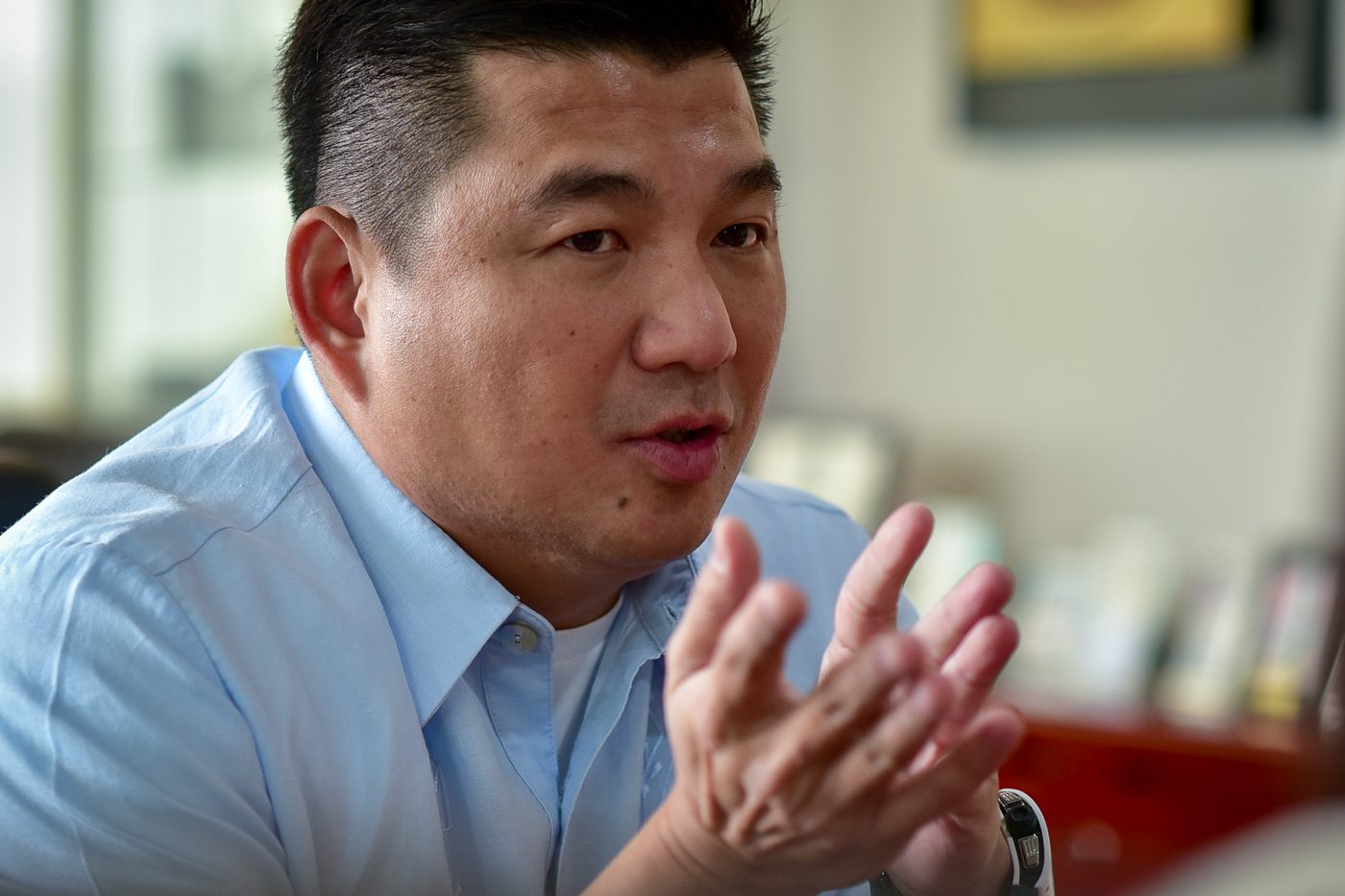 “During the time, I had really nothing and it was them (the Sys) who gave me a [credit] line. I was their client at Equitable PCI Bank so they knew how my businesses were doing back then. They saw the potential and they supported me. The rest is history,” Uy said.

Metro Pacific had to take it out from their books because it was a drag to them, Uy said. In the first 9 months of 2006, Metro Pacific reported P235.4 million in operating losses from Negros Navigation.

Uy was familiar with 2GO since his oil retailing arm, Phoenix Petroleum, was supplying fuel to Negros Navigation since 2006.

“When we put up our first [Phoenix Petroleum] gas station in Metro Manila – in Marikina in 2008 – one of our first customers was Negros Navigation, which at that time was still owned by Metro Pacific [Investments Corporation],” Uy said.

“I had Sycip Gorres Velayo & Company audit the Metro Pacific assets. But at the time, [2GO] was still too big for us to swallow,” Uy explained.

He added that Metro Pacific was selling its Negros Navigation assets for P2 billion, but Uy’s credit lines that time reached only P200 million.

“It was too ambitious for me so I had to pass. That is how it ended with the management of [Sulficio] Tagud [Jr]. They are my friends. [The Tagud-led] management [told Metro Pacific] to just sell it to them and they will pay for it gradually,” Uy said.

When the financials and operations of Uy’s oil and shipping business eventually stabilized, Uy said he was ready to expand his empire. He started to look for acquisition deals. It was 2016 and Rodrigo Duterte, a provincemate from Davao, just won the race to become the 16th president of the country.

Uy then saw the opportunity to buy into 2GO anew when one of its shareholders, KGLI-NM Holdings, was open to selling its stake in the 2GO parent firm.

Tagud was keen to keep control of 2GO. He was in the proces of buying back the shares of KGLI-NM Holdings in 2GO and had the backing of the Sy’s BDO Unibank.

In May 2016, Tagud’s firm signed a term sheet with BDO for a $120-million loan to finance the share buy back. Tagud, however, failed to secure some of BDO’s terms, causing the deadline for the option of his first refusal to lapse.

That’s when Uy swooped down on 2GO.

In September 2016, Uy’s holding firm Udenna Corporation acquired the stake of KGLI-NM Holdings in Negros Navigation through a $120-million loan from BDO.

“I was the one who went to Tessie (Sy-Coson, BDO Unibank chairperson),” Uy said. “I could have gone to Lance (Gokongwei) since we are also good friends, but I needed to move fast.”

“To acquire [2GO], I needed a partner because I don’t have the capital for it. The easiest route was to approach BDO because they know the account and I’m familiar with them. They are very good partners and easy to talk to,” Uy told Rappler.

“Una naman ako. Dapat ako lang eh, eh hindi ko kaya ang size. I wasn’t able at first to join the board kasi di ba somebody was blocking me. I was entitled to board but I cannot. I only assumed [the position] when natapos na lahat. Together with them (Sys). Kasi binara ako eh. And ultimately, it is all fair naman eh,” Uy said.

“(I came in earlier than the Sys. I should have entered alone but I could not take the size. I wasn’t able to join the board at first because somebody was blocking me. I was entitled to board but I cannot. I only assumed the position when the [SM’s acquisition] deal was done. Together with the Sys because I was being blocked. Ultimately, it is all fair.)”

A nominee company of the SM group, Unique Choice Global Limited, then bought the rest of the Negros Navigation shares of Tagud’s group.

He currently works closely with Ricky DyBuncio, president of SMIC and director of 2GO. “We help each other,” Uy said.

From time to time, Uy said he contacts BDO chairperson  Sy-Coson – whom he calls achi (eldest sister in Chinese) – for guidance. – Rappler.com