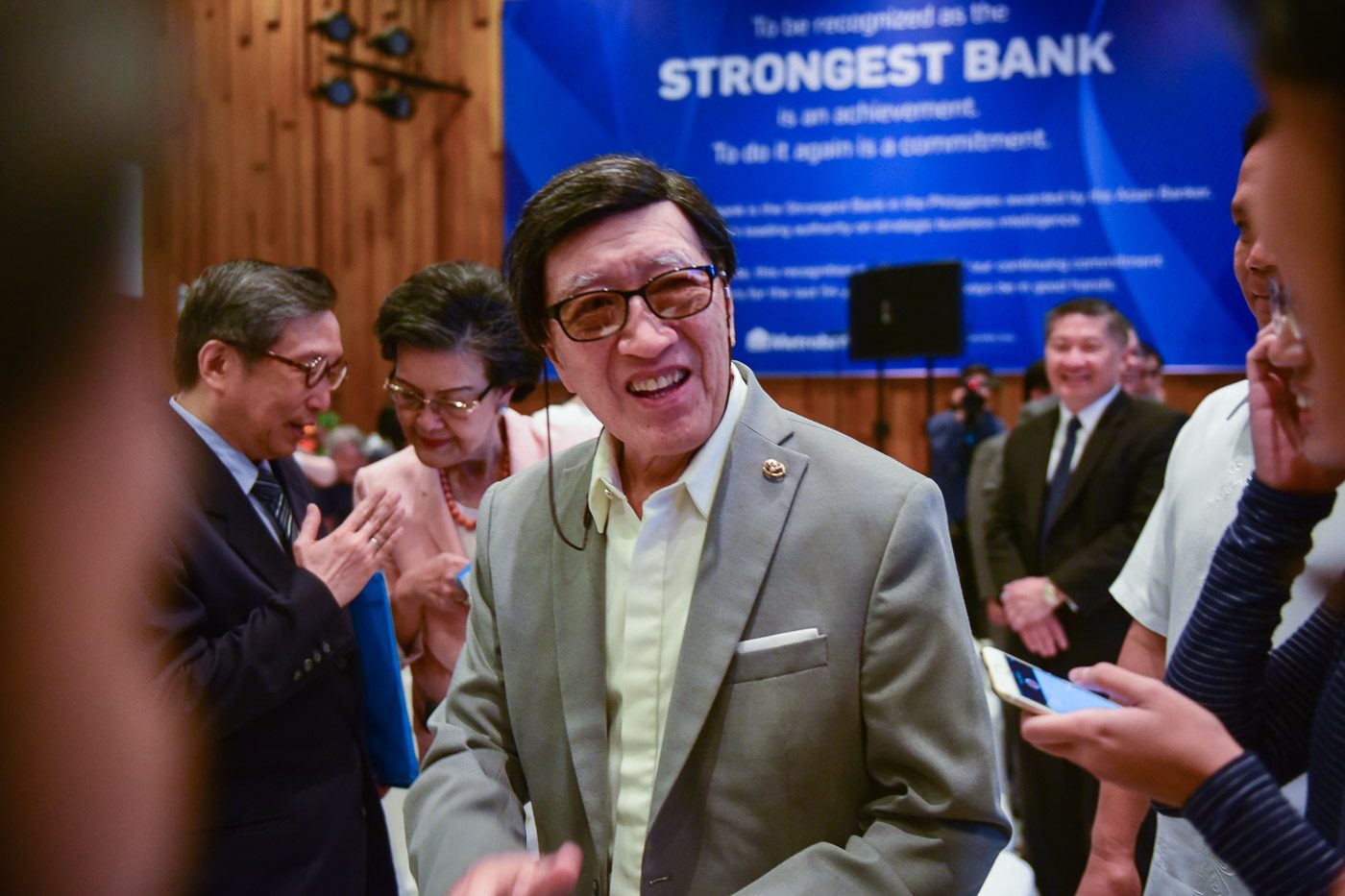 MANILA, Philippines – GT Capital Holdings Incorporated is dipping its hands into the microfinance business, as it is set to acquire a 20% stake worth nearly P380 million in a financing firm partly owned by its thrift bank arm.

The holding company of taipan George Ty will purchase 4 million shares of Sumisho Motor Finance Corporation (SMFC) at P94.98 each, as part of its entry into microfinancing, specifically motorcycle financing.

The acquisition cost amounting to P379.92 million would be settled on or before Friday, August 11. (READ: George Ty and MVP transaction is best deal of 2016 – IHAP)

After the sale, PSBank would still own 6 million shares equivalent to a 30% stake in SMFC.

It was incorporated in 2009 primarily to engage, transact, or deal in the business of lending to retail customers for their purchase of motorcycles in the Philippines.

“In addition, it will give the group an opportunity to tap the low- to middle-income sector of the Philippine market – the primary clientele of SMFC. Lastly, it will strengthen the group’s strategic relationship with the Sumitomo Corporation, one of Japan’s leading conglomerates,” GT Capital said in a disclosure to the Philippine Stock Exchange (PSE).

On the other hand, SMFC would be able to harness GT Capital’s strength by developing synergies across various businesses within the group, like automotive assembly, dealership, financing, property development, as well as insurance and banking.

PSBank, the thrift bank arm of Ty-led Metropolitan Bank & Trust Company (Metrobank), said in a separate disclosure that the proceeds of the sale would be used to beef up its capital base. (READ: NBI nabs suspect in Metrobank P900-M fraud case)

GT Capital is the holding company of the Metrobank Group, which has an 82.67% stake in PSBank.

“PSBank will benefit from this transaction as this will improve its Tier 1 capital ratio and the bank’s capital adequacy ratio (CAR) in line with its capital planning initiatives under Basel III,” it said.