Aug 17, 2017 8:50 PM PHT
Chris Schnabel
Facebook Twitter Copy URL
Copied
Spending on infrastructure is a bright spot for the economy in the 2nd quarter of 2017, but in a role reversal, it's now the private sector and not the government that is lagging 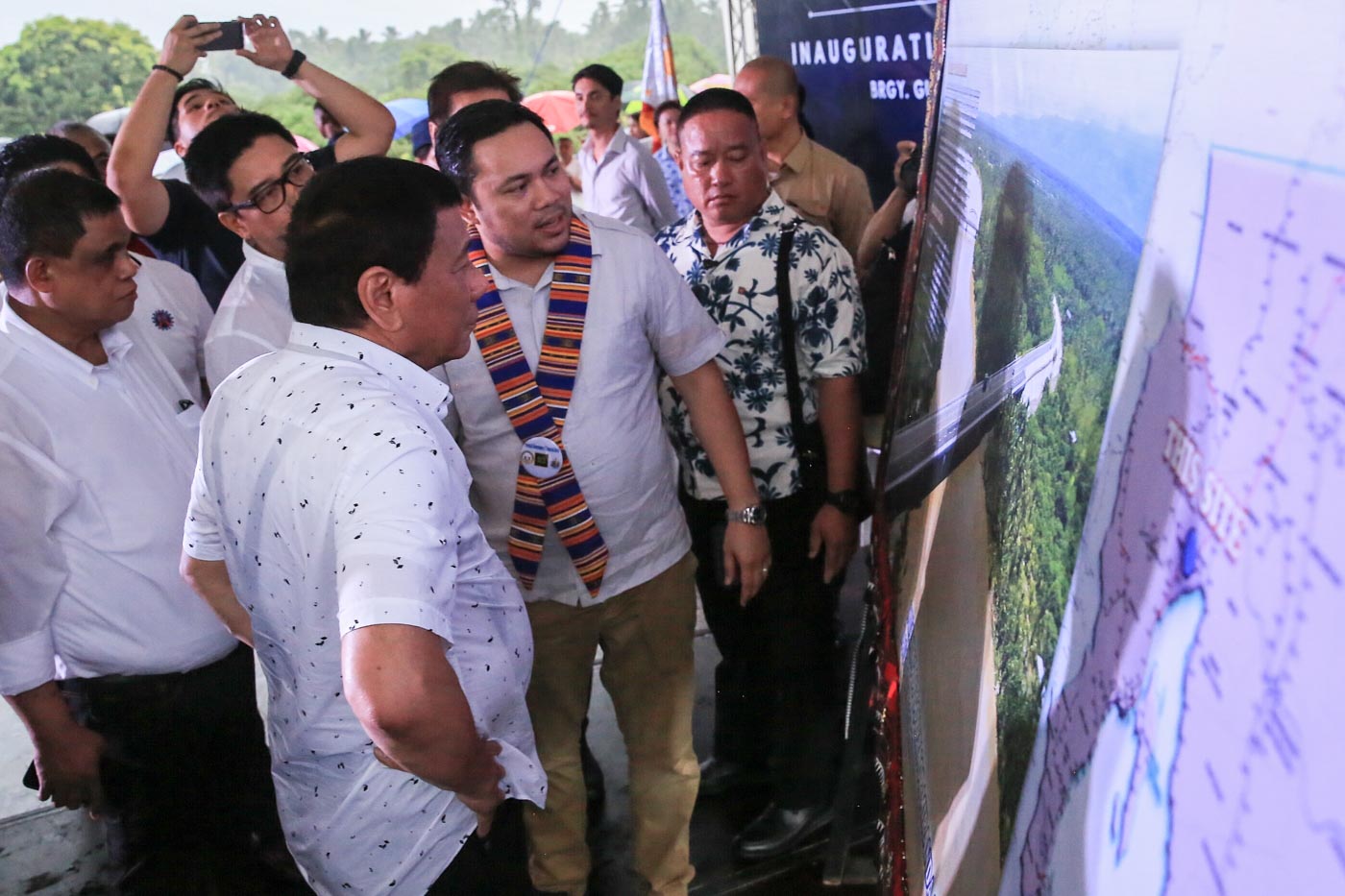 MANILA, Philippines – After months of promises, the Duterte administration’s much anticipated spending spree finally kicked in to lift the country’s economy in the 2nd quarter of 2017.

The Philippines’ gross domestic product (GDP) recovered from 3 quarters of slowdown to hit 6.5% in the 2nd quarter of 2017, beating market expectations but still falling below the 7% in the same quarter a year ago.

In a reversal from the 1st quarter of 2017, this time most of the gains were on the government side with the private sector lagging.

Government spending indeed ramped up, rising by 9% to P1.331 trillion for the 1st half of the year and falling just short of the P1.337-trillion target, according to data from the Department of Budget and Management (DBM).

The key factor everyone watched out for was infrastructure spending, which did not disappoint, hitting P249.1 billion in the 1st half of the year and beating the target of P236.6 billion by 5.3%.

Much emphasis is placed on infrastructure spending – touted as the key to sustaining the Philippines’ growth story – as it spurs many industries and creates employment.

While much of the focus is on the Duterte administration’s massive Build, Build, Build program, most of the current spending went to existing projects as well as the completion of new roads and repair of current ones.

Still, NEDA is undeterred, with Pernia noting that “government spending for construction projects is already picking up and a further boost will be felt by next year because a lot of the new projects will have broken ground by then.”

“We can expect some marked acceleration in government spending in Q3 and Q4 because many of the projects are now already in the bidding stage, including the Clark International Airport,” Pernia said. (READ: For Dutertenomics to work, the President has to take charge) 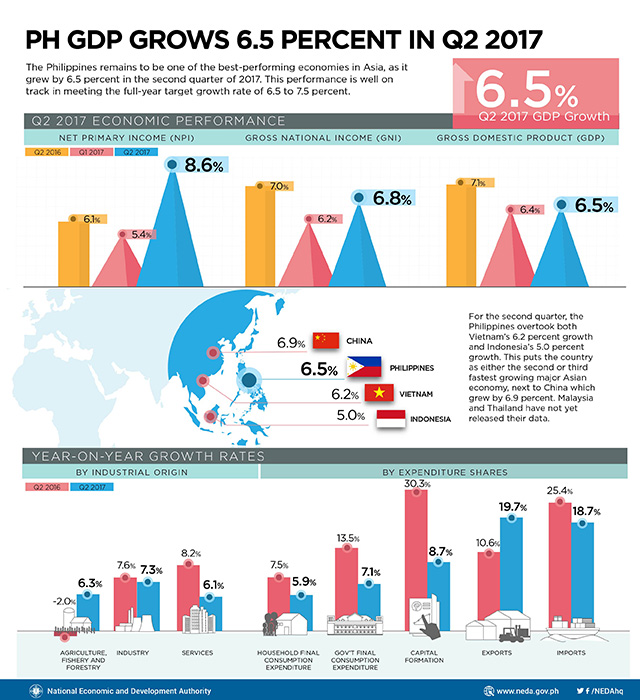 Getting the public-private mix right

Despite the government’s improved spending, the Philippine Statistics Authority (PSA) noted that construction as a whole grew by only 6.2% in the 2nd quarter of 2017 compared to 13.5% in the same quarter last year as “it was weighed down by modest growth in private construction.”

This has already affected the plans of some of the country’s largest firms who had been eyeing PPP deals. For instance, the government removed 5 regional airport projects from the PPP pipeline.

He added that there were slight delays in government construction projects contracted out to private construction companies during the period.

With overall construction slowing, manufacturing contributed the highest to the country’s GDP with 7.9% year-on-year growth.

This was reflected in the strong showings of firms involved in the sector, such as IMI of the Ayala Group, which saw its net income jump by 14%, while JG Petrochemicals of JG Summit saw its revenue grow by 50% to P19.7 billion.

Mining and quarrying also recovered in the 2nd quarter, growing by 13.7% from a contraction of 4% in the previous year.

This is mirrored in the 1st half performance of mining firms such as Semirara Mining and Power Corporation and Apex Mining Company which posted net income increases of 24% to P7.86 billion and 33% to P177.8 million, respectively.

Among the major economic sectors, industry grew the fastest at 7.3%, while services, the dominant sector for the past few years, slowed down to 6.1% from 8.1% last year.

The long dormant agriculture sector turned out to be the surprise of the 2nd quarter, growing by 6.3% and contributing 0.5% to the overall 6.5% GDP growth.

Subsectors palay, corn, sugarcane, and poultry as well as agricultural services all rose, while forestry grew by 32.2% from a decline of 27.5% last year. In contrast, fishing fell by 2.9% from last year’s level.

A look at export data bodes well for the immediate future of the agriculture sector, with Pernia pointing out that “in Q2 there was a 57% increase in agricultural machineries versus negative 51% in Q1, so that’s a major acquisition for agricultural equipment.”

He added: “Given better weather conditions in the 2nd half of the year, we should see agriculture maintaining its buoyancy.” – Rappler.com