ADB offers Philippines $3.8B in loans for infra, social projects 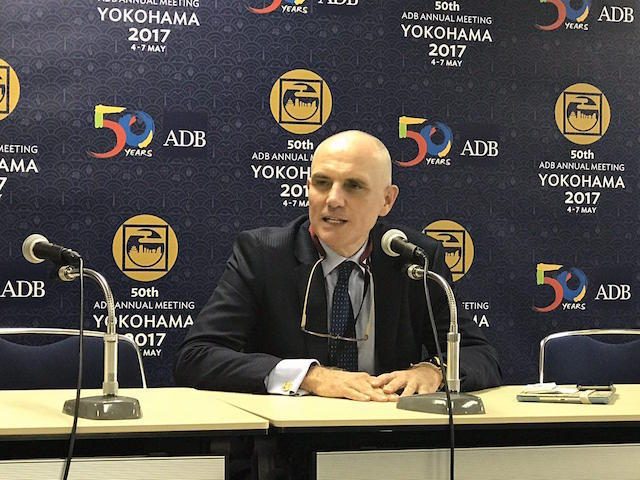 Facebook Twitter Copy URL
Copied
Nearly half of the total will help fund infrastructure projects from 2018 to 2020, says the Department of Finance

MANILA, Philippines – The government will be getting a boost from a traditional source of aid, to go along with huge offers from China and Japan to fund its ambitious Build, Build, Build infrastructure program.

The Department of Finance (DOF) said in a statement on Sunday, August 20, that the Asian Development Bank (ADB) has offered $3.8 billion in loans based on its latest Country Operations Business Plan (COBP) for the Philippines.

$1.8 billion or 47.4% of the total amount would be earmarked for infrastructure development, according to a report by the DOF’s International Finance Group (IFG).

Another $1.5 billion or 39.5% would be set aside for education and skills development, access to finance, expanded social protection, and employment opportunities for the youth.

The remaining $500 million or 13.1% would be for programs focusing on good governance and finance.

The COBP will cover the years 2018 to 2020. Among the projects are the Central Spine Roll-On/Roll-Off (RORO) Project and the Mindanao River Basin Flood Control Project.

The IFG also said that the ADB has agreed to explore co-financing arrangements with the Japan International Cooperation Agency (JICA) for some of the Philippines’ major infrastructure projects, such as the proposed Malolos-Clark Railway.

The ADB also committed to design a $300-million package of critical transportation infrastructure initiatives to ease Metro Manila traffic. This might be co-financed with other multilateral institutions such as the China-led Asian Infrastructure Investment Bank and France’s Agence Française de Développement.

Besides the loan pipeline, the ADB has also offered $21.8 million in the form of non-lending programs, including support for project preparations and capacity building of various government agencies.

The Duterte administration has detailed plans to spend around P1.5 trillion on infrastructure projects until 2022.

After a slow start, government spending on infrastructure picked up in the 2nd quarter of 2017 to lift the country’s economic growth for the period. – Rappler.com