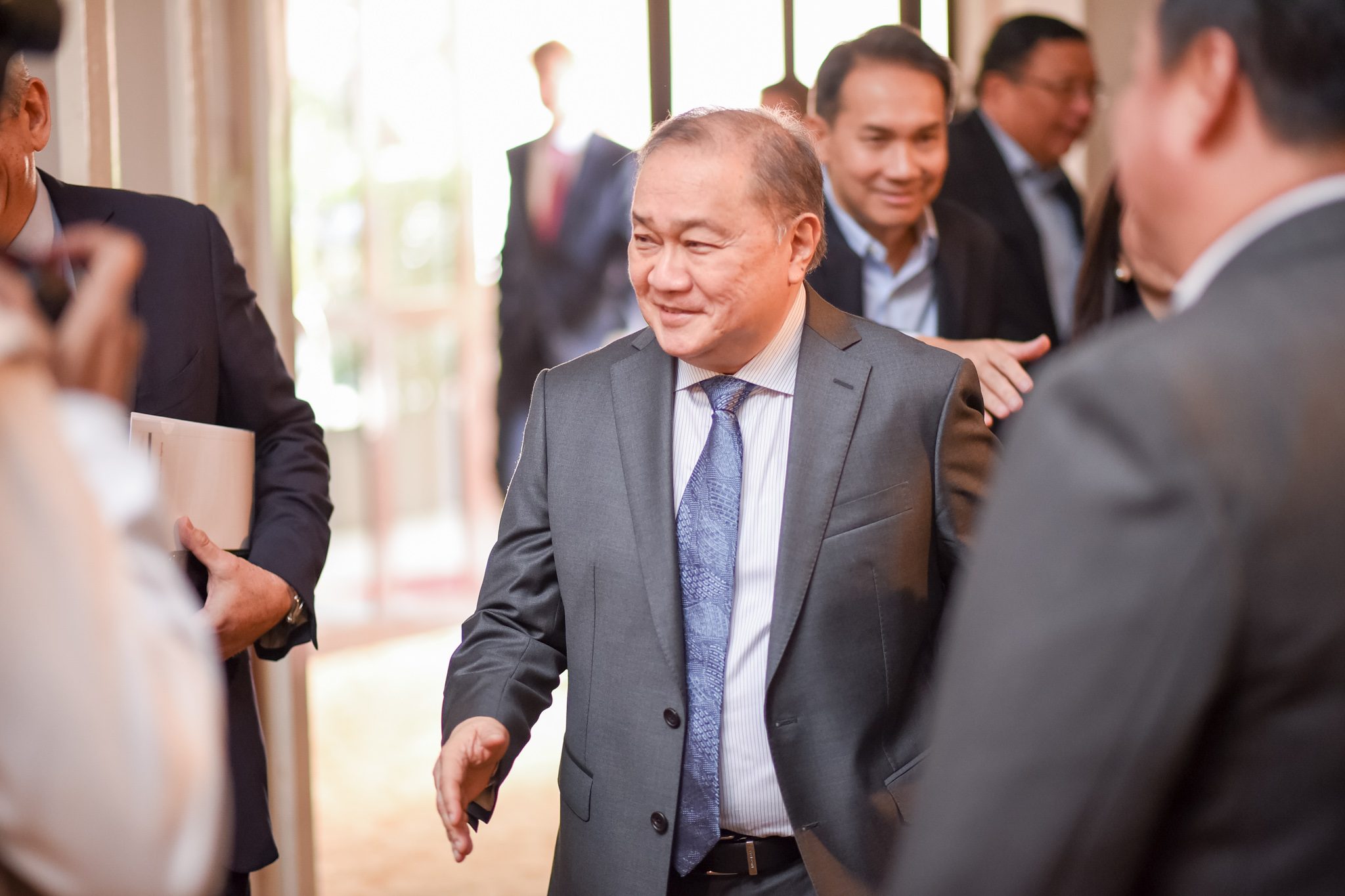 Facebook Twitter Copy URL
Copied
Metro Pacific has an option to acquire a 48% stake in MRTC after signing cooperation agreements with various groups that hold rights and interests. The conglomerate has yet to exercise this option.

“We said in principle we’re prepared to do that (buyout)… The tentative cost of rehabilitating the system is about P12.5 billion, but there’ll be further cashout to take out certain shareholders of MRT, including the government,” Pangilinan told reporters on the sidelines of an event in Quezon City on Tuesday, August 22.

MRT Corporation (MRTC) is the private group that was a signatory to the build-lease-transfer (BLT) agreement for the MRT3 in 1997. (READ: When the MRT was awesome) Meanwhile, MPIC has an option to acquire a 48% stake in MRTC after signing cooperation agreements with the various groups that hold rights and interests in the company. MPIC, however, has yet to exercise this option.

Pangilinan said his firm has already informed the Duterte administration of its P12.5-billion plan to revive its unsolicited proposal for the MRT3 upgrade.

“There’s a discussion. For me, that’s a good sign. By no means am I indicating there is an agreement,” Pangilinan said. (READ: How did the MRT3 mess start?)

During the administration of former president Benigno Aquino III, MPIC had submitted a revised P23.3-billion proposal to rehabilitate and upgrade the MRT3.

The revised offer, which was a scaled-down version of a P25.1-billion proposal submitted in 2011, included the rehabilitation of existing train cars, 25 additional coaches, a new signaling system, and settlement of equity rental payments held by government financial institutions.

The Aquino administration, however, sat on this proposal.

The terms of the joint venture partnership, however, have yet to be finalized.

The two conglomerates are also partners in the operations and maintenance of the Light Rail Transit Line 1 (LRT1) and the LRT1 Cavite Extension project under joint venture company Light Rail Manila Corporation.

The MRT3, which runs along EDSA from North Avenue in Quezon City to Taft Avenue in Pasay City, serves more than 500,000 passengers per day, or way beyond its rated capacity of 350,000. – Rappler.com