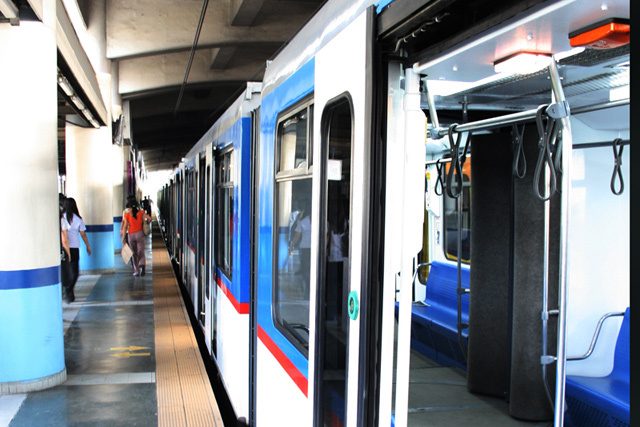 Facebook Twitter Copy URL
Copied
The group hopes to operate, maintain, and rehabilitate the Metro Rail Transit Line 3 for 32 years. Will its unsolicited proposal be approved?

MANILA, Philippines – If everything goes as planned, the consortium headed by Manuel Pangilinan and Jaime Augusto Zobel de Ayala expects to take over the operations, maintenance, and rehabilitation of the Metro Rail Transit Line 3 (MRT3) by early 2018.

“The unsolicited proposal is a total, complete package. It’s lock, stock, and barrel... It would be as soon as 4 to 6 months from now and you’ll see a new MRT3 operator,” said Rogelio Singson, president and chief executive officer of Light Rail Manila Corporation (LRMC), on the sidelines of an event in Pasay City on Thursday, August 31.

LRMC is the special purpose vehicle (SPV) that MPIC, Ayala, and Macquarie used for the Light Rail Transit Line 1 (LRT1) Cavite Extension Project. Singson said the group will most likely use a new corporate vehicle for the MRT3.

“It has to be a separate SPV. It would be a different concession agreement. It is because if the Line 3 encounters a problem, the Line 3 will likely be affected. But it is very possible na (that) the ownership [share] would be the same,” Singson said.

“Just like Line 1, we hope to take over, operate, and maintain [the MRT3]. That, to us, is the only way that will make sense. If the operator is the government and a private group is the maintenance provider, it would be complex. Even if your train cars are new but the rails are old, train cars will unlikely last,” Singson said.

The MRT3 is currently being maintained by Korean-Filipino firm Busan Universal Rail Incorporated (BURI), while the system’s rail replacement is being handled by the government.

“In our proposal, part of the program is rail replacement of MRT3, improvement of the reliability of the rolling stock, upgrade of the power supply, and upgrade of the stations. This is exactly what’s being done in Line 1. In other words, instead of different operators, our offer is lock, stock, and barrel,” Singson reiterated.

He added that the unsolicited proposal also includes the execution of a compromise agreement to resolve the arbitration case in Singapore.

In January 2009, MRT Corporation, the current owner of the MRT3, filed an arbitration case in Singapore against the Republic of the Philippines due to, among others, failure of the government to pay equity rental payments on time. This case must be settled before an MRT3 takeover happens.

“I know they have the plans, but I am not at liberty to disclose,” Singson said, adding that the proposal has been presented to Transportation Secretary Arthur Tugade and Finance Secretary Carlos Dominguez III.

Once the group has been given the original proponent status, the MRT3 rehabilitation, operations, and maintenance deal has to undergo a Swiss challenge.

Under the build-operate-transfer law, the Swiss challenge is the course the government takes when dealing with unsolicited proposals. It requires an invitation to make competing offers while giving the original proponent the right to match them. This process can take 90 days to 120 days.

Although Singson declined to disclose the total project cost, he said the proposal entails 32 years of concession. (READ: How did the MRT3 mess start?)

The MRT3, which runs along EDSA from North Avenue in Quezon City to Taft Avenue in Pasay City, serves more than 500,000 passengers per day, way beyond its rated capacity of 350,000. – Rappler.com