DOTr demands over P7B in ‘unpaid charges’ from PAL

Sep 27, 2017 11:15 PM PHT
Chris Schnabel
Facebook Twitter Copy URL
Copied
The Department of Transportation warns of legal action if Philippine Airlines does not make a full payment, while the flag carrier says it is willing to discuss a settlement with authorities 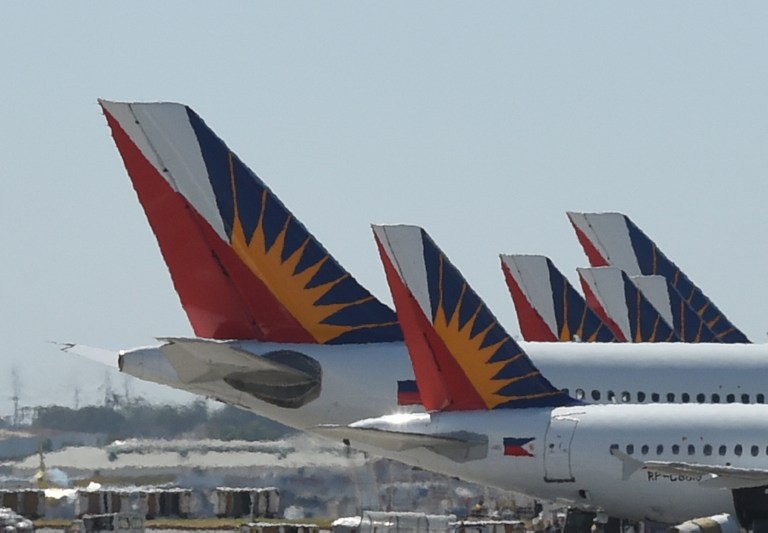 MANILA, Philippines – The Department of Transportation (DOTr) and Lucio Tan-led flag carrier Philippine Airlines (PAL) are locked in a dispute over alleged unpaid charges that could run up to more than P7 billion.

In a statement released on Wednesday, September 27, the DOTr said PAL’s unpaid navigational fees and other charges have so far reached P6.965 billion, payable to the Civil Aviation Authority of the Philippines (CAAP).

“Upon instruction of [DOTr] Secretary Arthur Tugade, letters have been sent to PAL as early as August 2016 demanding full payment of all unpaid charges. As a result, discussions were undertaken with PAL to reconcile invoices and documents, which lead to PAL’s payment to CAAP of P370 million,” said the DOTr.

“PAL also requested to discuss the possibility of paying its arrears in 7 years. All such requests have been denied,” the transportation department continued. “Thus, final demand for full payment of all unpaid charges has been sent to PAL, preparatory to the filing of appropriate legal action in order to protect the interest of government.”

The flag carrier, for its part, noted in a statement also on Wednesday that CAAP did indeed send letters for the amount of P6.63 billion in August 2016.

PAL went on to say: “The issue on alleged unpaid navigational charges involves complex legal issues which PAL has been trying to thresh out with [CAAP] for years. In fact, the same legal issues were the subject of a court case between PAL and the MIAA years back where the court ruled in favor of PAL.”

The airline also pointed out that “despite the favorable ruling, PAL then opted to settle amicably with the MIAA,” and with CAAP as well.

“Communications have been open between the parties as regards this matter. For the past months, both CAAP and PAL have been working together to validate these claims in their mutual and collaborative effort to settle this obligation. PAL has fully cooperated and will continue to cooperate with any and all agencies to resolve this concern,” the flag carrier added.

PAL also stressed that CAAP created an inter-agency panel of negotiators for the proposed settlement via CAAP Authority Order 149-17.

According to the airline, it “formally submitted its offer to CAAP which is more than the amount covered by the CAAP supporting invoices received by PAL,” but the authorities have yet to respond. PAL did not elaborate on this offer.

“We look forward to meeting the negotiating panel and we are ready to submit a compromise agreement to settle this issue once and for all,” the airline concluded. – Rappler.com