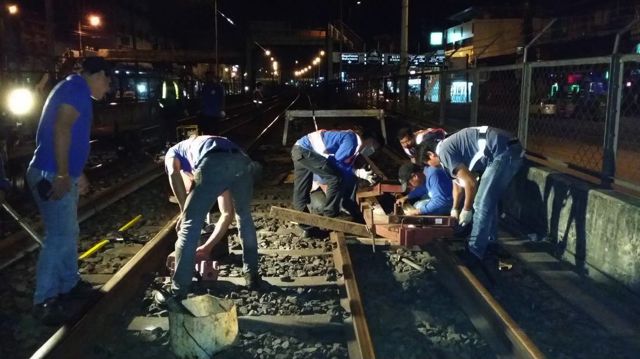 MANILA, Philippines – The Department of Transportation (DOTr) threatened to ban Busan Universal Rail Incorporated (BURI), the embattled maintenance provider of the Metro Rail Transit Line 3 (MRT3), from participating or entering into any contract with the Philippine government. This is amid their ongoing row over the pending termination of BURI’s contract.

DOTr Undersecretary for Legal Affairs and Procurement Reinier Paul Yebra was quoted in a statement on Wednesday, October 4, as saying that his office will consider blacklisting BURI, as suggested by Surigao del Sur 2nd District Representative Johnny Pimentel.

This was after the department said during a House hearing led by Pimentel’s committee on good government and public accountability that it plans to scrap BURI’s MRT3 maintenance contract.

Yebra said the contract “was void from the beginning,” and that the department is now awaiting report verification by the MRT3. (READ: DOTr to terminate MRT maintenance contract)

The transportation official added that his office is also reviewing the filing of charges against those involved in the MRT3 maintenance deal before the Office of the Ombudsman. 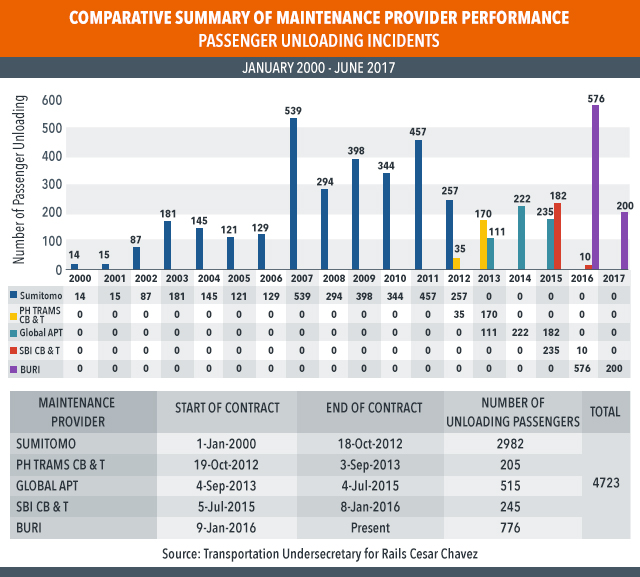 During the hearing, it was also raised that BURI was only issued its certificate of incorporation by the Securities and Exchange Commission (SEC) after it bagged the MRT3 maintenance contract in December 2015.

“DOTr awarded the [maintenance] contract to BURI on December 23, 2015, but such consortium was only registered to SEC January 4, 2016,” said Pampanga 3rd District Representative Aurelio Gonzales Jr.

“Hindi lang fake ang spare parts. Fake din ang contract (The spare parts are not the only ones that are fake. The contract is also fake),” he added.

The DOTr said the House committee asked the department to “submit all documents, including the maintenance contract signed during the previous administration and a list of names involved in the approval of the contract, who will then be summoned to the committee’s next hearing.”

Last September 20, BURI filed a graft complaint against transport officials before the Ombudsman for non-payment of fees.

BURI has blamed Transportation Undersecretary for Railways Cesar Chavez for “whimsical delays” in the payment of P176 million worth of fees.

It was last August when Chavez told the House committee on appropriations that the government would scrap the P3.8-billion contract with BURI over the rising number of train service interruptions.

This year alone, the MRT3 has recorded 31 service interruptions so far. But BURI’s lawyer Charles Mercado previously said it is unfair to blame the firm for every glitch or train stoppage.

Mercado also said the firm has reminded the DOTr to complete the MRT3’s rail replacement – an important factor in the system’s performance. – Rappler.com