Want to be on Duterte’s good side? Be pro-poor, aide tells businessmen 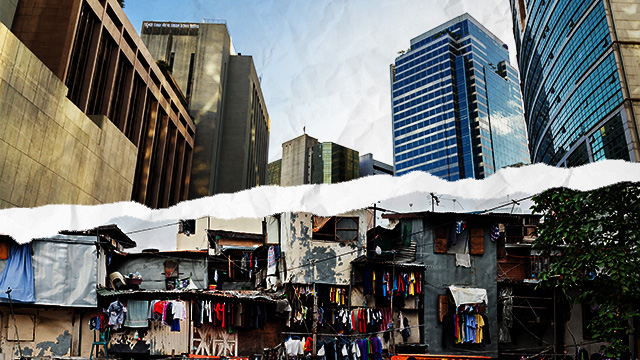 MANILA, Philippines – President Rodrigo Duterte is not against big businesses, in general, but frowns on firms and business executives who have not done much for poor Filipinos, one of his advisers said on Wednesday, October 11.

Presidential Adviser on Entrepreneurship Joey Concepcion gave the assurance to business executives in a forum in Makati City on Wednesday, where he sought to explain the President’s past pronouncements against big business.

“[I]f big business will not help the poor, definitely the President will be against that establishment,” Concepcion said. (READ: Doing business under Duterte? Philippines’ richest family shows how)

Concepcion said that from where he stands, “a  bulk of the private sector has been supportive of this administration.”

He also said that Duterte has been “starting to change” the way he saw big businesses as “oligarchs.”

“Again, the President looked at many of our large businesses as oligarchs. He is starting to change that outlook,” Concepcion said.

Concepcion gave tips on how to win over the President.  He said big business executives should operate with the public interest in mind, and not just their firm or stockholders.

“That’s a fact, because the President was basically elected to help improve the lives of the Filipino people,” said Concepcion, RFM Corporation president and CEO.

A year into power, Duterte’s tirades against select big business have caused tremors, especially after he delivered on such threats.

“The plan is to destroy the oligarchs that are embedded in government,” Duterte said in Filipino in Malacañang Palace last August 2016, and identified gaming and mining tycoon Roberto Ongpin, as his particular target.

Ongpin eventually gave up Philweb Corporation after the President threatened him.

The Lopez family, the object of the President’s ire because of the alleged unfair reports of ABS-CBN Corporation, saw the broadcast giant’s stocks plummet.

The Prieto family, which controls the Inquirer group, had announced a pending sale of their media assets, including the country’s top broadsheet, to businessman Ramon Ang. This was after Duterte’s repeated attacks on the family because of the Inquirer’s supposed “unfair” reports on his presidency.

In March, Duterte ordered the arrest of the owners of Mighty Corporation for “economic sabotage” over alleged smuggling using fake tax stamps and also accused them of trying to bribe him when he was still Davao City mayor. In July, he accepted Mighty’s P25-billion tax settlement offer.

In September, Duterte warned Lucio Tan, chairman and chief executive officer of Philippine Airlines Incorporated, to settle his liabilities with the government or he would shut down the Ninoy Aquino International Airport (NAIA) Terminal 2, where PAL operates.

On October 6, PAL reached a settlement with the Department of Transportation totaling P6 billion, for the payment of navigational fees and other charges accumulated through the years. (READ: What’s next for PAL and its potential partner after P6-B settlement)

Ang, the Philippines’ 10th richest man in 2017, is unlike other tycoons and business families that Duterte had targeted. The chief of diversified conglomerate San Miguel Corporation remains on the good side of the administration through his philanthropy and campaign donations. (READ: Meet Ramon Ang, Filipino billionaire and Duterte’s friend)

Data from Forbes Asia’s 2017 list of richest Filipinos showed that the cumulative net worth of the country’s 50 richest tycoons is equivalent to 24.24% of the country’s gross domestic product of $304.9 billion in 2016. – Rappler.com