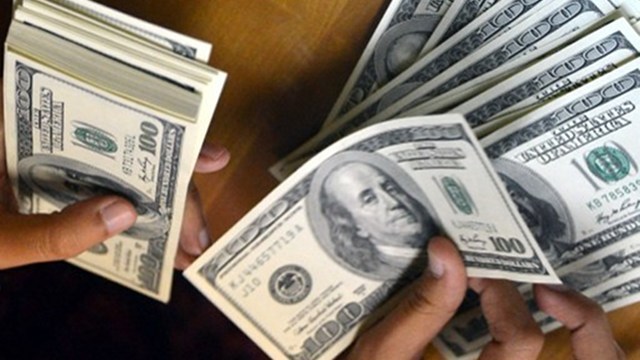 MANILA, Philippines – The Bangko Sentral ng Pilipinas (BSP) sought to reassure the public over the drop in foreign direct investments (FDIs) seen so far this year.

The country’s FDI level for the 1st 6 months of 2017 only reached $3.6 billion, 14% lower than the January to June level recorded last year.

On top of that, July’s FDI level dropped to a one-year low at $307 million, the lowest inflow seen since the $238 million in June 2016. (READ: Foreign direct investments in PH drop to one-year low in July)

This has raised concerns in some quarters, highlighted by Senate Minority Leader Franklin Drilon, who had questioned the National Economic and Development Authority (NEDA) over the drop in net equity placements, or fresh investments by foreign firms in the Philippines.

Amid the concerns, the BSP released a statement on Thursday, October 12, saying that it “expects the Philippines to sustain FDI inflows this year, close to the $8-billion level in 2016.”

The central bank pointed out that because FDI statistics are released on a monthly basis, and correspondingly, on a year-to-date basis, “year-on-year growth rates can be affected by the timing of entry of big-ticket items, with resulting base effects.”

“The monthly profile of FDI flows can be volatile and may not exhibit a smooth upward trend due to its lumpy nature,” it explained.

The BSP added that “prospects for inward flows of FDI into the country continue to be favorable as both ‘push’ and more importantly ‘pull’ factors remain.”

It cited subdued global economic growth as a prominent push factor, and highlighted the “sustained robust macroeconomic performance and the country’s continued investment grade status” as a significant factor in pulling in investment.

The increase in investments needed for the rest of the year to hit that $8-billion level is expected to be channeled mainly to the manufacturing sector, notably in electronics and motor parts, which the BSP said can help create jobs and more growth opportunities.

“There is a huge potential in attracting further FDIs, which can put the country at par with the large levels of FDI seen in neighboring Asian countries. Such potential can be realized by reforming the rules on foreign ownership, addressing infrastructure gaps, and reducing the cost of doing business,” the BSP added.

The central bank did concede, however, that addressing the challenges will require considerable support from the government.

For its part, the BSP highlighted two initiatives that would help attract more foreign investments: the liberalization of foreign banks’ entry into the country in 2014 and the phased-in liberalization of the foreign exchange regulatory framework that started in 2007.

For instance, Japan’s Mitsubishi UFJ Financial Group invested almost $37 million in the country by partnering with Security Bank in a deal finalized in 2016.

The BSP concluded by promising that it will “continue to promote an enabling environment for investments to thrive in line with its primary mandate of maintaining price and financial stability.” – Rappler.com